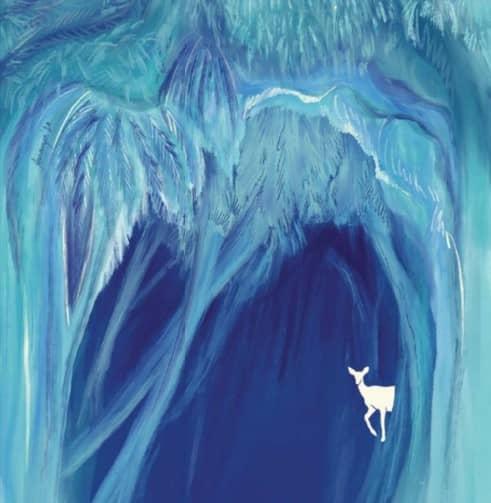 DR. SIMMI VALECHA shares her own journey of discovery, and how she found her purposes and joy in life. She also shares her four eternal truths, and how she has realized them in her life.

Beyond every boundary; beyond every identity; there is a realm of Pure Consciousness, eternal and limitless; where only Love echoes. Let’s find each of us there.

Once there lived a musk deer in the hilly green region of the Himalayas. The snow-clad peaks, exotic valleys, beautiful meadows, rivers, and glaciers; what else one could ask for? But the deer was unhappy, and the fragrance of his own musk, a valuable and extremely fragrant salve found in the navel of the musk deer, was making him excited and restless. The deer went sniffing under the trees, running across the forests searching for the source of the fragrance. His efforts were futile, and one day he died, angry and dissatisfied. His soul left the body, and the fragrant musk remained in his navel.

This is our story. Most of us are unhappy and frustrated. We feel helpless and insecure, always hoping that something magical will occur in the near future that will make us happy and complete. We believe in destiny and fear the unpredictable. This search for “something complete and absolute” initiates our faith in a stone figure (a deity in a temple), and halts at some church or mosque, but never ends. Isn’t it that all this while we’ve been trying to locate the ring in the wrong place, the place where it was never lost?

This is my story, too. I grew up in a Delhi-based middle-class family of staunch believers in the conventional system of education, class and status quo. At 19, I chose to marry against my parents’ wishes. Annoyed and frustrated with my untimely decision, they abandoned me for five years. Much to my own disappointment, I discovered that I'd landed into a difficult relationship, only to realize much later in life that we all create and recreate our own patterns. The year 1997 was one of the most difficult years of my life. My husband met with an accident and was bedridden for a couple of months. I found myself surrounded with challenges on all fronts – physical, mental, emotional, and, the gravest of all, financial. I was experiencing depression and suicidal feelings, and on the whole, I felt that I shouldn’t live. It was during this time that life unfolded within me in an altogether different way. I started experiencing spiritual mysticism, which today has become an integral part of my existence. With every experience, a new arena of knowledge unfolded. My awakening helped me in shaping the new identity that I may define in just one word, “Bliss.” Reality, I discovered, is holographic, where we live in a maze of optical illusion surrounded by our own images.

As meditation became my new way of life, I awakened to the truth that spirituality is not just one of the dimensions of existence; rather, it’s the only paradigm of meaningful existence, and every other phenomenal reality is simply an offshoot of it. Henceforth, I embarked on a beautiful journey of self-discovery. In my book, The Married Monk: From Experience to Beyond, I’ve tried breaking the myth that being a monk is “a trans worldly identity,” as has been normally understood. Rather, being a monk is more about “the connection with your Higher Self.” It’s an experience of ecstasy that transcends any defined or undefined barriers. Being spiritual is not about the renunciation of materialism, comfort and relationships; it’s about the renunciation of anything and everything that is “not-love.”

The solution to every problem or dilemma lies within. It’s only when we’re able to unveil our fake identities and dissolve any distinctions that our hidden potential is unleashed and we become our greatest friend.

When nothing exists, everything unfolds

It is definitely a myth that we’re just human beings. We are much more than any metaphysical entities. We are simply divine, unique and beautiful in our own ways. It’s the mind or the ego that keeps us disillusioned. When the weather is cold, we keep ourselves wrapped in layers of clothes, but as the sun shines we start feeling suffocated. In our lives too, we’ve wrapped ourselves in so many layered identities of being good versus bad, affluent versus less affluent, belonging to some specific caste, religion, nation – the list is endless. But when the wisdom of the sun shines, these identities make us feel trapped and suffocated; and there’s a need to drop everything. Then nothing exists. All boundaries and limitations dissolve. We become like a child – a baby who’s just filled up with bliss. We then experience happiness, not because we’ve attained something, but because our connection with our own magnificence brings joy. The awareness of being “absolute” descends. The veil that separates us from others no longer exists, and we’re light and liberated.

The scientific world makes us acquainted with facts. We have to abide by them unconditionally. For example, the law of gravitation holds good irrespective of our choice. Water boils at 100 degrees Celsius, and I cannot say, “This doesn’t suit me.” Similarly, when the dust of ignorance is brushed aside, the cosmic consciousness familiarizes us with certain undeniable truths that are relevant in both the spiritual as well as the empirical world. Truths are neutral, they are neither good nor bad. It’s our understanding of them that shapes our lives both empirically as well as spiritually.