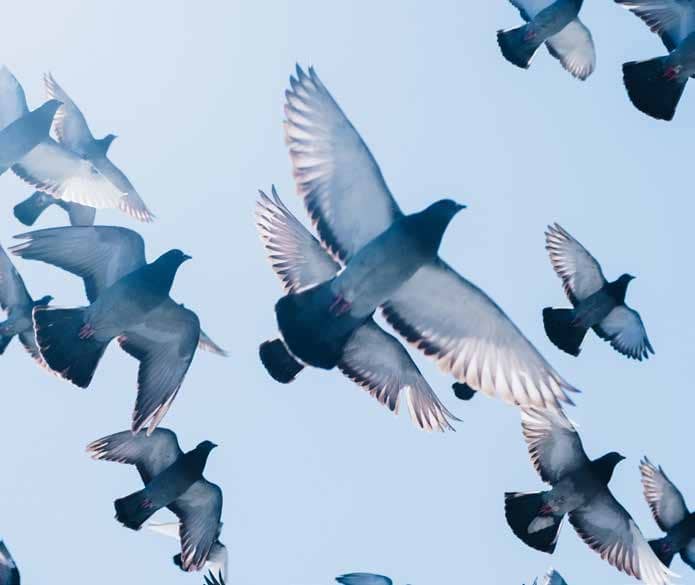 CHARLES EISENSTEIN examines our current world in COVID-19 crisis, and looks at the questions we need to ask ourselves so that we can move forward into a new society. Here we offer excerpts from Charles’ essay. You can read the full story at https://charleseisenstein.org/essays/the-coronation/.

For years, normality has been stretched nearly to its breaking point, a rope pulled tighter and tighter, waiting for a nip of the black swan’s beak to snap it in two. Now that the rope has snapped, do we tie its ends back together, or shall we undo its dangling braids still further, to see what we might weave from them?

COVID-19 is showing us that when humanity is united in common cause, phenomenally rapid change is possible. None of the world’s problems are technically difficult to solve; they originate in human disagreement. In coherency, humanity’s creative powers are boundless. A few months ago, a proposal to halt commercial air travel would have seemed preposterous. Likewise for the radical changes we are making in our social behavior, economy, and the role of government in our lives. COVID demonstrates the power of our collective will when we agree on what is important. What else might we achieve incoherency? What do we want to achieve, and what world shall we create? That is always the next question when anyone awakens to their power.

COVID-19 is like a rehab intervention that breaks the addictive hold of normality. To interrupt a habit is to make it visible; it is to turn it from a compulsion to a choice. When the crisis subsides, we might have occasion to ask whether we want to return to normal, or whether there might be something we’ve seen during this break in the routines that we want to bring into the future. 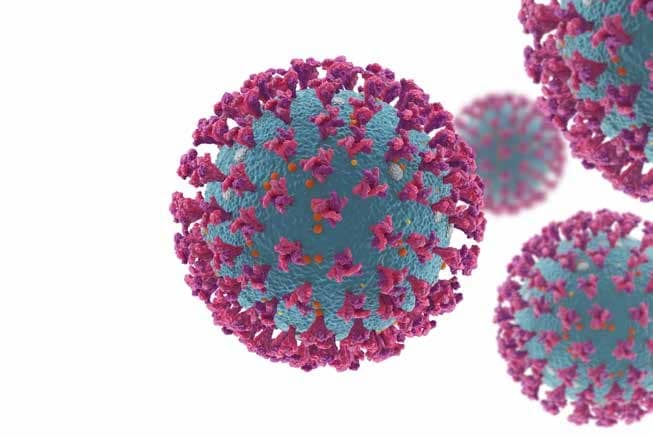 We might ask, after so many have lost their jobs, whether all of them are the jobs the world most needs, and whether our labor and creativity would be better applied elsewhere.

We might ask, having done without it for a while, whether we really need so much air travel, Disneyworld vacations, or trade shows.

What parts of the economy will we want to restore, and what parts might we choose to let go of?

And on a darker note, what among the things that are being taken away right now – civil liberties, freedom of assembly, sovereignty over our bodies, in-person gatherings, hugs, handshakes, and public life – might we need to exert intentional political and personal will to restore?

For most of my life, I’ve had the feeling that humanity was nearing a crossroads. Always, the crisis, the collapse, the break was imminent, just around the bend, but it didn’t come and it didn’t come. Imagine walking a road, and up ahead you see it, you see the crossroads. It’s just over the hill, around the bend, past the woods. Cresting the hill, you see you were mistaken, it was a mirage, it was farther away than you thought. You keep walking. Sometimes it comes into view, sometimes it disappears from sight and it seems like this road goes on forever. Maybe there isn’t a crossroads. No, there it is again! Always it is almost here. Never is it here. 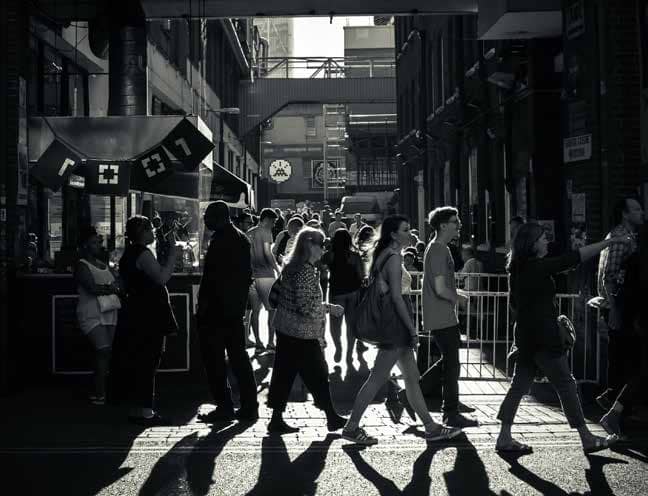 Now, all of a sudden, we go around a bend and here it is. We stop, hardly able to believe that now it is happening, hardly able to believe, after years of confinement to the road of our predecessors, that now we finally have a choice. We are right to stop, stunned at the newness of our situation. Because of the hundred paths that radiate out in front of us, some lead in the same direction we’ve already been headed. Some lead to hell on earth. And some lead to a world more healed and more beautiful than we ever dared believe to be possible.

I write these words with the aim of standing here with you – bewildered, scared maybe, yet also with a sense of new possibility – at this point of diverging paths. Let us gaze down some of them and see where they lead.

I heard this story last week from a friend. She was in a grocery store and saw a woman sobbing in the aisle. Flouting social distancing rules, she went to the woman and gave her a hug. “Thank you,” the woman said. “That is the first time anyone has hugged me for ten days.”

Going without hugs for a few weeks seems a small price to pay if it will stem an epidemic that could take millions of lives. There is a strong argument for social distancing in the near term, to prevent a sudden surge of COVID cases from overwhelming the medical system. I would like to put that argument in a larger context, especially as we look to the long term. Lest we institutionalize distancing and re-engineer society around it, let us be aware of what choice we are making and why.

The same goes for the other changes happening around the coronavirus epidemic. Some commentators have observed how it plays neatly into an agenda of totalitarian control. A frightened public accepts abridgments of civil liberties that are otherwise hard to justify, such as the tracking of everyone’s movements at all times, forcible medical treatment, involuntary quarantine, restrictions on travel and the freedom of assembly, censorship of what the authorities deem to be disinformation, suspension of habeas corpus, and military policing of civilians. Many of these were underway before COVID-19; since its advent, they have been irresistible. 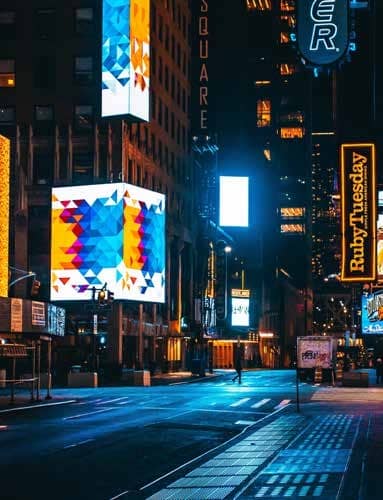 The same goes for the automation of commerce; the transition from participation in sports and entertainment to remote viewing; the migration of life from public to private spaces; the transition away from place-based schools toward online education, the decline of brick-and-mortar stores, and the movement of human work and leisure onto screens. COVID-19 is accelerating pre-existing trends, political, economic, and social.

While all the above are, in the short term, justified on the grounds of flattening the curve (the epidemiological growth curve), we are also hearing a lot about a “new normal”; that is to say, the changes may not be temporary. Since the threat of infectious disease, like the threat of terrorism, never goes away, control measures can easily become permanent. If we were going in this direction anyway, the current justification must be part of a deeper impulse.

I will analyze this impulse in two parts: the reflex of control, and the war on death. Thus understood, an initiatory opportunity emerges, one that we are seeing already in the form of the solidarity, compassion, and care that COVID-19 has inspired. 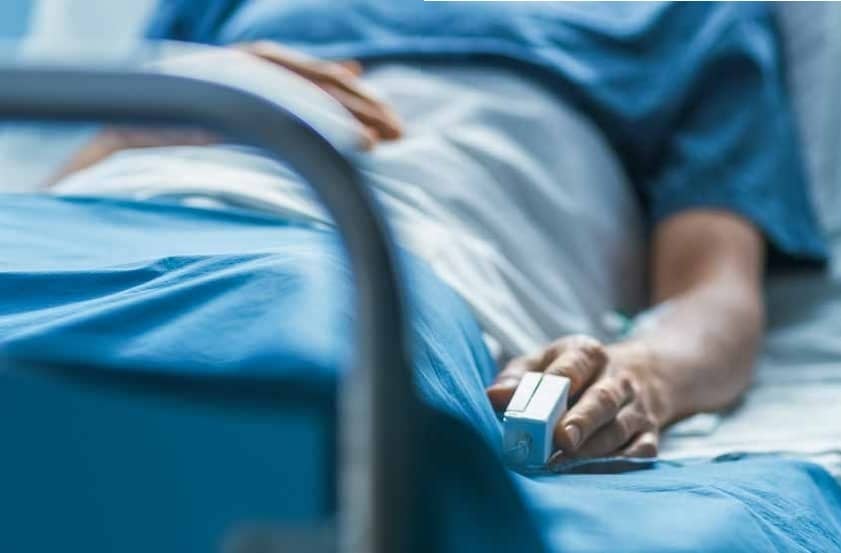 The reflex of control

At the current writing, official statistics say that about 25,000 people have died from COVID-19. By the time it runs its course, the death toll could be ten times or a hundred times bigger, or even, if the most alarming guesses are right, a thousand times bigger. Each one of these people has loved ones, family and friends. Compassion and conscience call us to do what we can to avert unnecessary tragedy. This is personal for me: my own infinitely dear but frail mother is among the most vulnerable to a disease that kills mostly the aged and the infirm. …

Whether the final global death toll is 50,000 or 500,000 or 5 million, let’s look at some other numbers to get some perspective. My point is not that COVID isn’t so bad and we shouldn’t do anything. Bear with me.

Last year, according to the FAO, five million children worldwide died of hunger (among 162 million who are stunted and 51 million who are wasted). That is 200 times more people than have died so far from COVID-19, yet no government has declared a state of emergency or asked that we radically alter our way of life to save them.

Nor do we see a comparable level of alarm and action around suicide – the mere tip of an iceberg of despair and depression – which kills over a million people a year globally and 50,000 in the USA.

Or drug overdoses, which kill 70,000 in the USA, the autoimmunity epidemic, which affects 23.5 million (NIH figure) to 50 million (AARDA), or obesity, which afflicts well over 100 million. Why, for that matter, are we not in a frenzy about averting nuclear Armageddon or ecological collapse, but, to the contrary, pursue choices that magnify those very dangers?