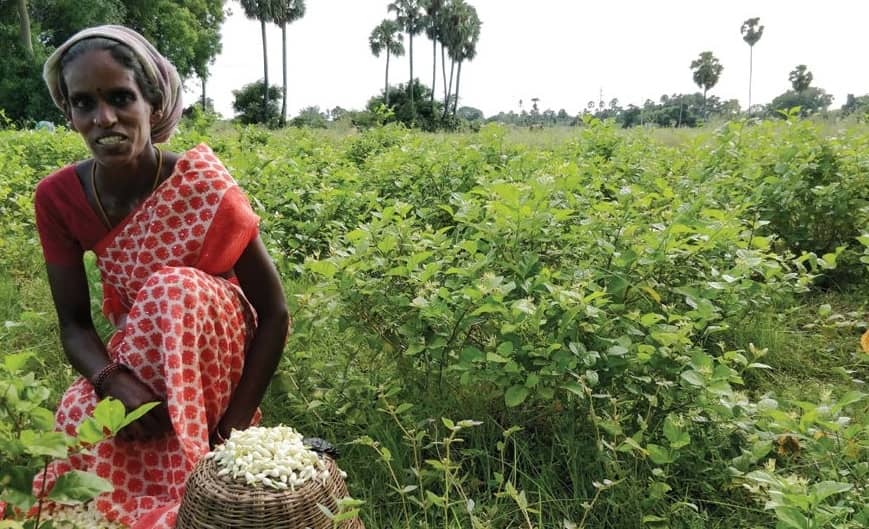 In 2014, ANIL KUMAR left a successful career in banking to become the founder and CEO of Samunnati. Inspired by ancient Indian principles, the Bhoodan Movement of Vinobe Bhave, the UN sustainable development goals and climate-smart agriculture, Samunnati has undertaken a new role in defining the way the smallholder farmers of India are able to do business and work together in their communities. Here Anil speaks with ELIZABETH DENLEY about how Samunnati started, how it has grown, and what are the next steps.

Q: Anil, welcome. You have been on a long and very inspiring journey, starting off in the mainstream business world and ending up somewhere quite different. Can you tell us about Samunnati?

Samunnati is a Sanskrit word, made up of sam and unnati. Sam means “collective, together, all incompassing,” and unnati means “growth, elevation, prosperity,” so Samunnati stands for collective growth, collective prosperity, collective elevation. We have designed a model that we call a value chain financial model, focused on agriculture. In this endeavor, all the stakeholders benefit from what we are building so that the activity grows collectively. Hence, the ultimate beneficiary is the smallholder farmer.

Samunnati has two objectives: One is to make value chains in which we operate at a higher equilibrium, which means we increase the throughput, the velocity of transactions. Thereby, the increased demand in those value chains make markets work for smallholder farmers. If you apply the principle of economics, we operate on both the supply side and demand-side dynamics of the value chain. Rather than focusing only on supply-side dynamics, increasing production, we first work with increasing the demand and bring that increased demand to the suppliers. In other words, we have taken the market lead approach to agriculture. 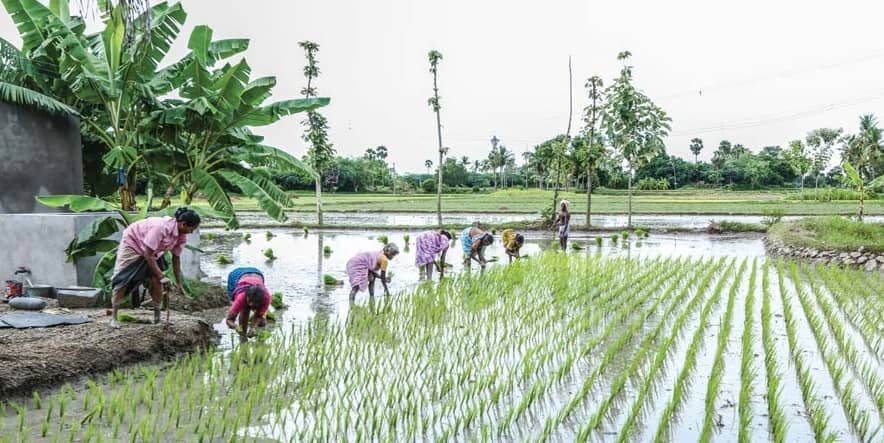 Q: You have been doing this now for about five years. How is it working?

We have had a great journey so far in these five years, and we are the only entity in India doing this at the moment. Being a pioneer, we have the first-mover advantage, but we also learn at our own cost. The best thing at Samunnati is that the team has the ability to adapt based on learnings. From where we started to where we are now has been a phenomenal journey, and, that too, in a space like agriculture which is considered to be very risky when it comes to funding.

Well, I would say it started. I have been part of the journey, part of this flowing stream like a leaf that floats along in the current.

I started my career in banking in a rural branch. Rural and agriculture are two sides of the same coin. It was a government bank in rural Andhra Pradesh, Kurnool district, in a backward village called Bengal. In 1996, I joined ICICI Bank as the 442nd employee. The bank was new, we all were enthusiastic, and in 2000 I became a branch manager and was involved in setting up three branches in various markets. In 2004 I took a sabbatical and went to Manila in the Philippines to do my Masters, and that’s when I was exposed to financial inclusion. One of the modules I took was “Inspirational Leadership,” and that module touched me a lot. I realized that there was a reason I was exposed to rural and retail banking. Why not use my banking skills exactly as Professor Muhammad Yunus did to bring banking to people who don’t have access to banking services, to do something meaningful?

I returned to India in 2005, to help set up a new strategy team at ICICI’s head office in Bombay, the Microfinance Institution Development team, with a mandate to work with NGOs, co-operatives and microfinance institutions across India, so that they would grow and serve millions of people. During the two years the team was in place, ICICI partnered with around 240 microfinance institutions. In 2007, the bank sent me to Chennai to be the founding trustee of IFMR trust. IFMR had two major vehicles in financial inclusion, and one was small finance banking, now called Kshetriya Gramin Financial Services (KGFS), for which I was the group CEO. We set up six local financial institutions in a span of 6 years.

In 2014, I decided to go solo and focus on agriculture. While financial services are important, they are not sufficient in isolation. The households in remote rural areas are not operating in a vacuum but within an ecosystem, and that ecosystem is usually dependent on one or two major Agri value chains. If the households are to be impacted positively, we have to go at least two levels above in the value chain and de-risk the economic activity they are engaged in. 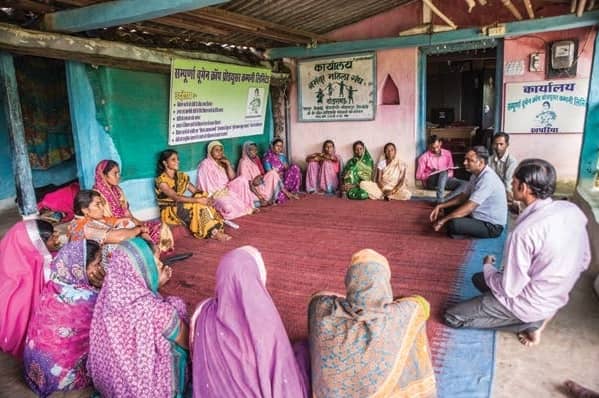 Q: Can you please explain to us how that works, because it seems to me that it is the crux of why Samunnati has been so successful.

None of this is in the control of a small farmer. It is something that needs to be evaluated at the activity level. It is that which led us to look at the activity, and at the components of the value chain – the producer, the aggregator, the processor, the wholesaler – to see what makes this activity succeed and what are the weak links. Can we plug the weak links so that we can de-risk the farmers?

99.99% of people are honest and creditworthy. The only time they are not able to repay their debts is when their crop fails. As a banker, if I want my money back, I have to play a role in de-risking their cash flow. The risk management philosophy of Samunnati is to de-risk our customers’ risk. There lies our risk management.