The House On The Borderland In Search Of William Hope Hodgson 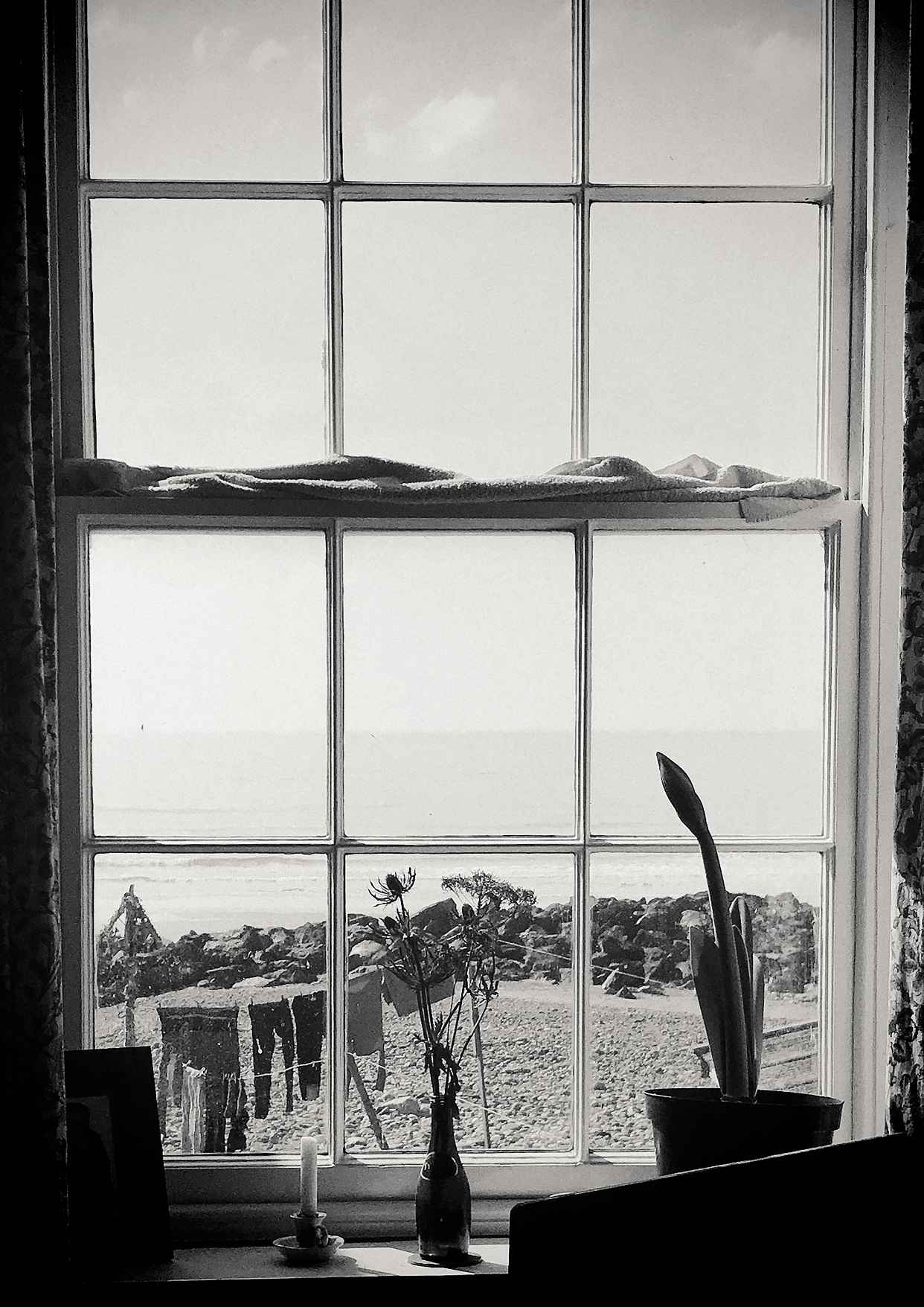 In his new book, EDWARD PARNELL goes in search of the ‘sequestered places’ of the British Isles and explores how these haunted landscapes shaped a kaleidoscopic spectrum of literature and cinema. Here, he arrives in Cardiganshire to look for the house in which the neglected master of weird fiction William Hope Hodgson wrote one of his greatest works.

The shore he used to lookout across, over which he would sometimes walk, shimmers through the glass. Perhaps this was even the room in which he wrote – it’s said he preferred to work at night – though I’d hazard that would have been up on the third floor. In the picture I have seen of him on Borth beach, he stands in the foreground, this side of his bonnet-clad favourite sister, Lissie, almost as if they are joined at the shoulder. He is looking into the distance, out to sea, his mouth slightly agape in a smirk, his hands in his pockets. He is dark haired and tanned, and at five foot four and a half (164cm) is only just taller than her, but undoubtedly he is handsome; by all accounts he was a hit with the young women of the village.

Bookcases fill two walls of the room, a mixture of titles stretching from floor to ceiling. A rugby match is playing out silently on the television that stands on a low occasional table in front of the window.

I had doubted whether I would be able to find this place: the Welsh house in which one of the greatest English writers of weird fiction wrote a significant amount of his work, including my favourite of his four novels, The House on the Borderland. Like many details about this author’s life, the exact timing of when and where he worked on each of his books is subject to debate, though it seems he was living here during the book’s completion and publication. This much we know, because he signs and dates his name below the introduction to The House on the Borderland’s mysterious manuscript: William Hope Hodgson ‘Glaneifion’, Borth, Cardiganshire, December 17, 1907. 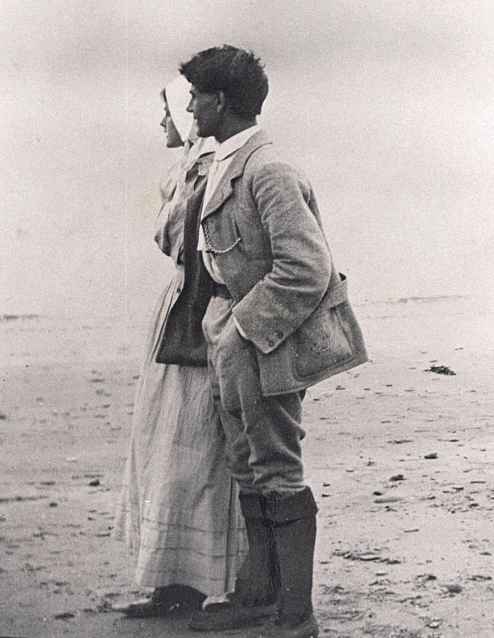 I had arrived sometime after lunch in the likeable coastal resort of Borth, a few miles north of Aberystwyth. After squeezing my car into one of the few available spaces, conveniently next to a pleasant-looking café, I take advantage of the fine spring weather and buy an ice cream. I expect the mission I’ve given myself – to see if I can find William Hope Hodgson’s house – will prove fruitless, as in the century that has passed I’m sure names are bound to have changed. I do know, however, that the Hodgsons’ accommodation had its back to the sea, so I concentrate on that side.

I’ve just started into my ice cream and crossed the road and there, directly in front of me, it is – a quest that has taken less than a minute. An attractive three-storey villa, Glaneifion has a claret-coloured door and windows. Its dark exterior has a mottled appearance, as if capillaries flow beneath its surface. This is where Hodgson lived on and off between 1904 and the end of 1910, and where in earlier summers his family holidayed.

I stare at the building and wonder if I should knock, though as I’m still scoffing my ice cream, I figure I’ll take a walk first. A passageway bisects the terrace a few doors down and I emerge from shadow onto the upper beach. I’m not sure whether I will be able to work out which is Glaneifion from this new angle, but it’s instantly obvious. Four figures sit at the boundary of its garden, overlooking the glinting sea; I decide to wander to the shoreline before accosting them. 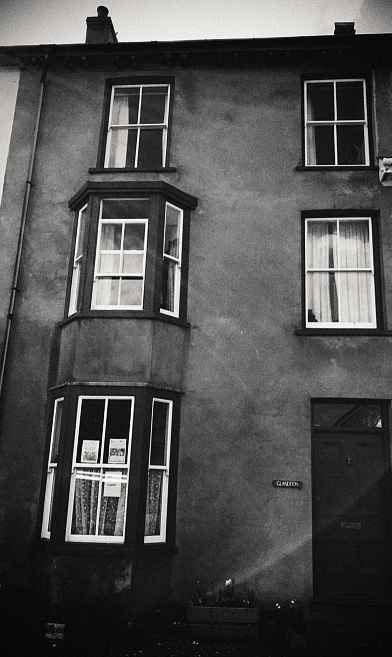 William Hope Hodgson was born in November 1877 in the Essex village of Blackmore End, a few miles north of Braintree. His father, the Reverend Samuel Hodgson, was an unorthodox character prone to disagreements with his superiors, which led to him being posted to various disparate parishes around the country. William – known to his family as Hope, to distinguish him from his well-to-do tailor grandfather – was the second of 12 children, three of whom were to perish before reaching the age of two. 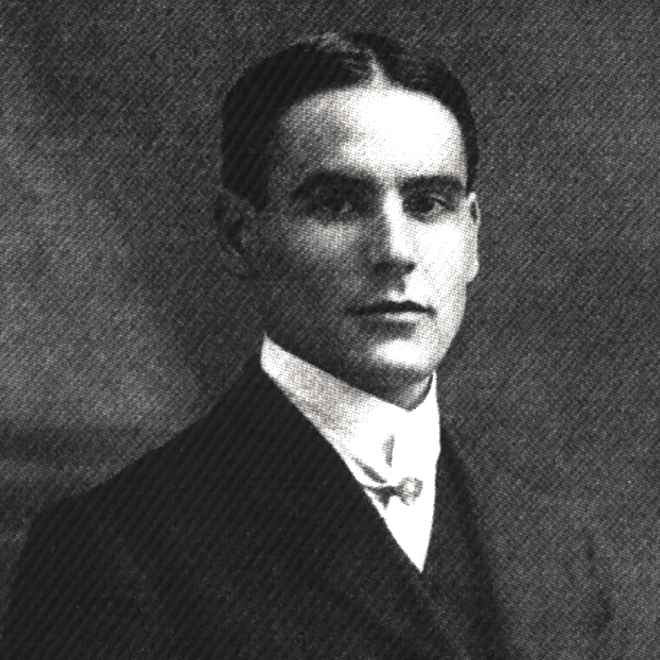 The young Hope showed an aversion to organised religion, though a spiritual element is present in his second novel The House on the Borderland (published in 1908), and his final full-length work The Night Land from four years later. The earlier book is ostensibly set around an otherworldly mansion located “some 40 miles distant” from Ardrahan on the west coast of Ireland’s County Galway, the place where the Reverend Hodgson was exiled as a missionary in 1887. There he was charged with converting the local Catholics to Protestantism, an exercise doomed to failure as the resident population resented the presence of an Anglican English family in the Old Rectory, out of sight and apart from the village like the titular house of the novel, down a lengthy drive encased by vast orchards. These same expansive surroundings, in which the unruly Hope once spent several days stuck up a tree he had climbed – he was fed and sustained by the family’s servants before he finally descended – were stripped of their fruit by the villagers as tensions between the two strands of Christianity came to a head, resulting in the Hodgsons’ return to England.

There, in 1890, they settled in the northern industrial heartland of Blackburn. Late the following year, Hope, aged 13, ran away properly after a ratcheting up of the friction between father and son, signing on for a four-year apprenticeship as a cabin boy in the Mercantile Navy, which paved the way for a further stint of similar length as a seaman. By the time Hope came back from sea in 1898 – a spell that was to have a profound influence on his first works of weird fiction – his father was gone, a victim at the age of 46 of cancer of the throat. This, it has been speculated – though the claim sounds spurious to me – resulted from the tight dog collars the Reverend Hodgson was forced to wear. His death plunged the family into several years of financial hardship alleviated only by the passing of Hope’s wealthy grandfather and namesake.