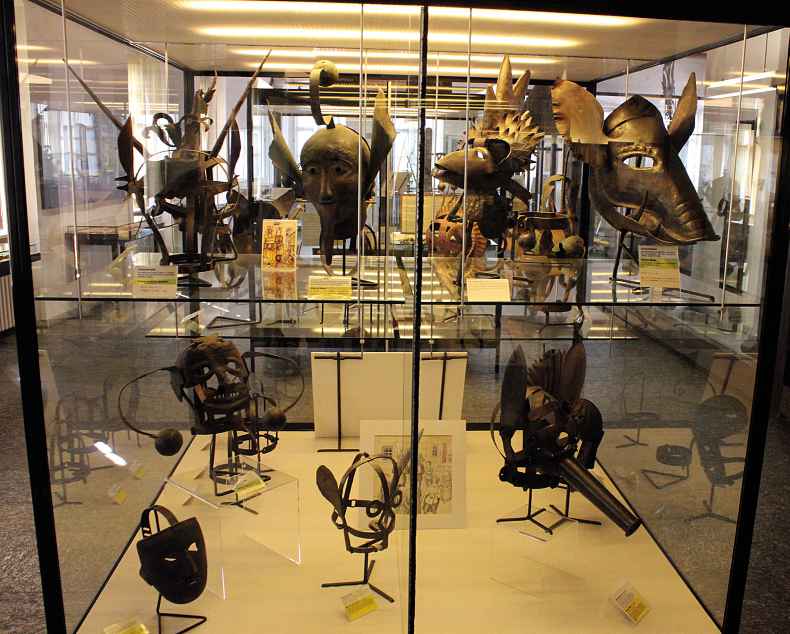 Rothenburg is reputed to be the best-preserved mediæval town in Germany and has two museums. The first is a Christmas museum dedicated to all things festive; the second is the Mittelalterliche Kriminalmuseum, or Mediæval Crime Museum. You can guess which one I ended up visiting.

The museum is substantial, with an extensive collection housed in two buildings – St John’s Commandery and St John’s Barn. Many of the objects on display are concerned with inflicting pain and suffering on people. There are two ways to approach artefacts of this sort. The first is to present them as schlock horror, with mannequins displayed in various states of agony. While this adds some human context to a rack or thumbscrews, the end result can resemble a carnival ghost train rather than offer any gain in empathy and understanding. The second approach is the one taken here, where artefacts are presented in museum cases without any depiction of their use beyond original mediæval illustrations. The danger with this is that the objects can become abstracted from their original horrific purpose; yet, most people have sufficient imagination to understand the devastating impact of an object like a choke pear on the human body. 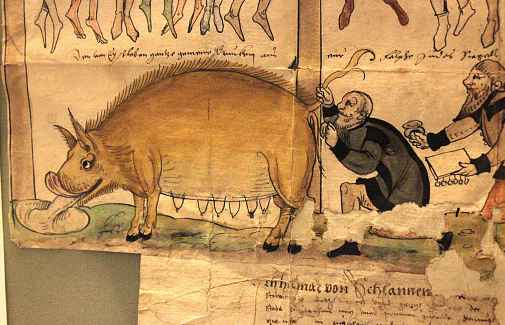 One of the strengths of the Rothenburg Museum’s presentation is the way it contextualises the use of torture within the law of the time by displaying the texts employed to justify it. For example the Zeugenprotokoll (Protocol of Witness) stated that testimony from a single witness was not enough for a conviction, but sufficient to allow torture to be used. To secure a conviction, identical testimonies from two witnesses, or a single testimony and a confession were necessary.

A large section of the museum is dedicated to shame, and the ways this was inflicted on people. Some of these were straightforwardly physical – for example, the wearing of shame masks – others quite bizarre. One document shows that a debtor could be shamed by having his wax seal stamp impressed on the behind of a donkey or pig and the stamp hung on a gallows; as a result, the debtor was unable to make a clean seal to honour his obligations.

The practice of shaming went far beyond the masks we see in England, often associated with scold’s bridles. Examples on display include a wooden collar to be worn by a seamstress who transgressed mediæval clothing statutes in her own dress, a vast rosary to be worn by someone who had offended God by sleeping in Church, and a series of wooden cards and dice to be placed around the neck of someone who cheated while gambling. Perhaps the museum could be more interactive (I know an interactive Mediæval Crime Museum might not be to everyone’s taste) by having replicas of these shame necklaces available so that visitors could try them on; they would be able to experience their weight and imagine the discomfort of having to wear them for long periods of time.

With two specific exhibits the museum takes a very fortean approach. The first is the Nuremberg Iron Maiden. Although rumours abounded about the use of such devices in the mediæval period, it wasn’t until the 19th century that actual examples were discovered; one in Feistritz, Austria, in 1834, and one in Nuremberg.