Till we meet again 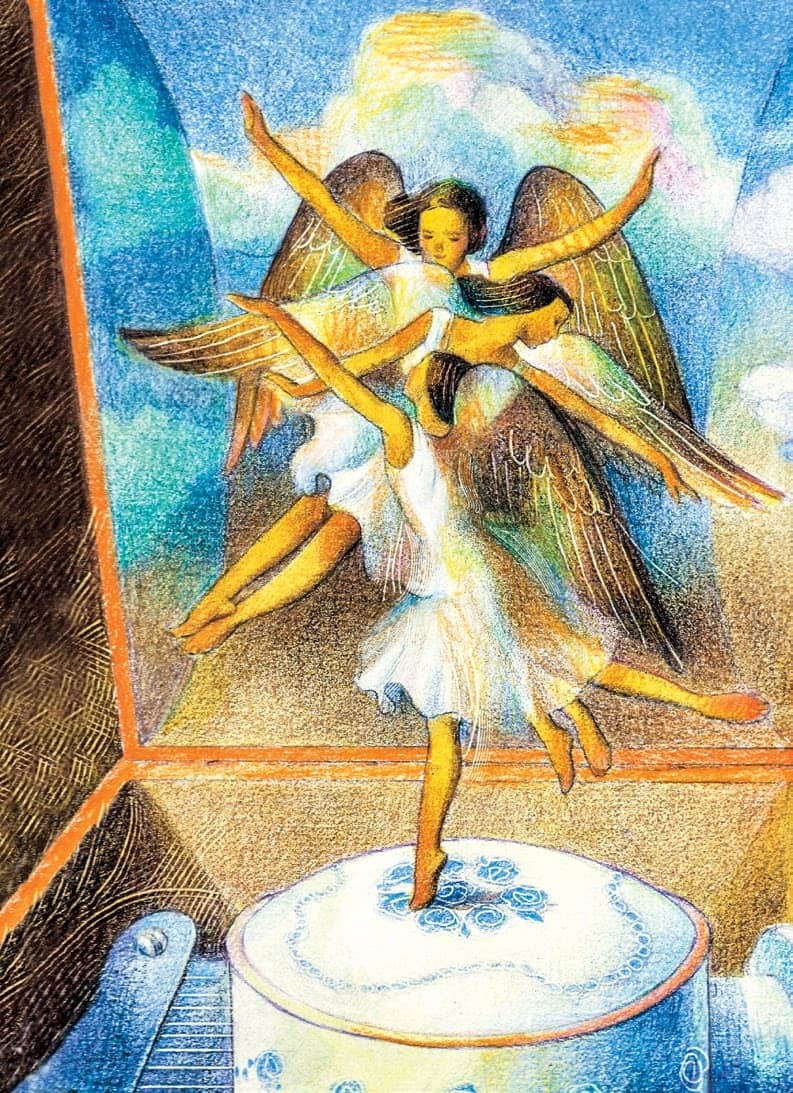 …And the Music Plays On

We were devastated when my son Randy died at age 60 from cancer. Randy left behind a wife and two children, as well as his brother and me. On the day we all gathered at the house to plan his memorial service, Randy’s wife brought over the beautiful angel music box I’d once given to her. “You keep it now,” she said, “in remembrance of Randy.”

We set the music box on the coffee table, next to Randy’s picture. His daughter turned it on, and through tears we rem­inisced about the good times. No matter how many years passed, Randy had remained a kid at heart. He loved to make much of my loud sneezes. “Mom, you sneeze louder than a lumberjack!” he’d say, grinning. This got to be a running joke in my family, and any time I braced for a sneeze, we all got ready for a big laugh.

With the planning and those hard days after the memorial, I didn’t even think to turn on the music box. The angels sat quietly on the coffee table beside Randy’s photograph, but I never forgot him for a minute. One day, sitting alone on the couch, I felt one of my famous sneezes coming on. I looked at Randy’s picture and imagined him gearing up to make his lumberjack joke.

My sneeze wouldn’t have disappointed him. I think it might have been the loudest ever. And with my lumberjack explosion, the music box played! It was as if the angels agreed with Randy and wouldn’t be quiet about it. I’ve never turned on the music box myself, but it plays when I sneeze so Randy can send me a goodnatured laugh from heaven.

I grabbed my pearl necklace to finish off my work outfit and walked out the door in a rush, as usual. It wasn’t until I got behind the wheel of my car that I realized what day it was—June 12, the anniversary of my mother’s death.