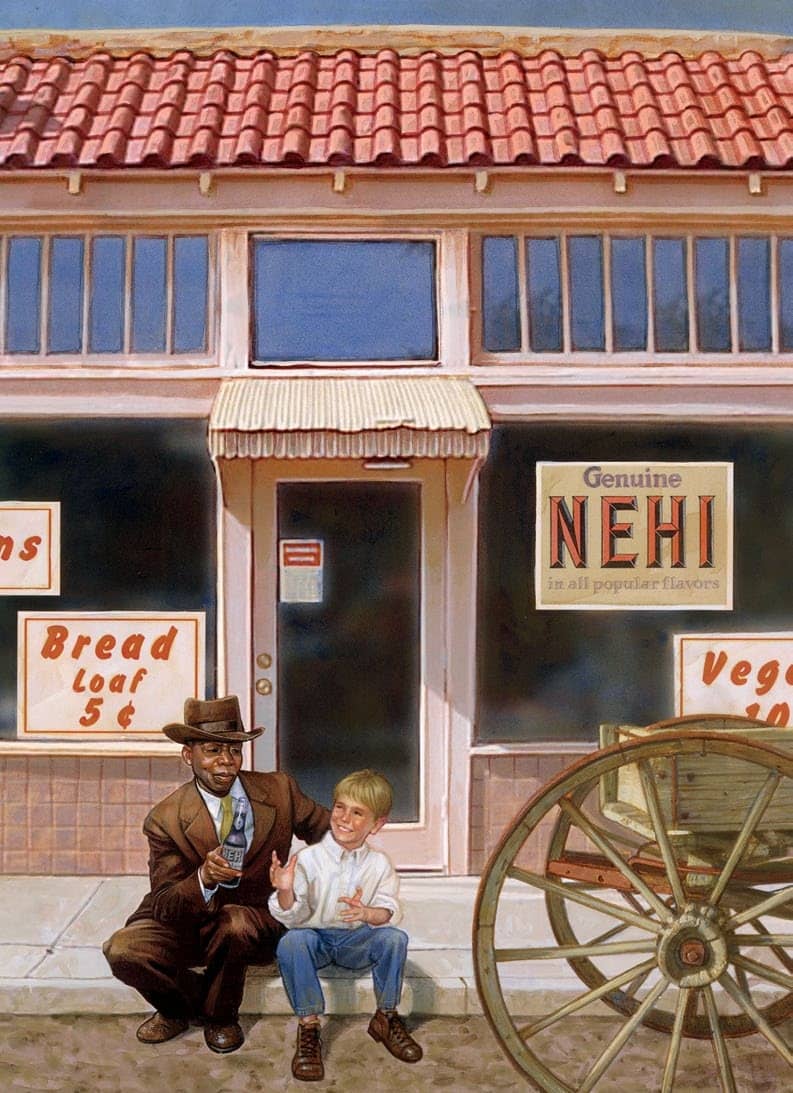 Even as a boy, I knew he was a man well named

TIMES WERE TOUGH for my family that summer of 1928. My father was without work. But the morning sun was warm in our yard, and I pushed tin cans around in the dirt like trucks. What else could a nine-year-old do? Nothing that would make a difference, I figured. My mother watched me from the front porch. Suddenly I heard, “Corn! Butter beans! Tomatoes!”

I jumped up and ran to the fence. An elderly black man in a broadbrimmed hat drove a mule cart loaded with vegetables. “Two cents an ear for corn!” he called out. “Four cents each tomatoes!”

“I’ll take some corn and three tomatoes, please,” my mother said. “You ask a decent price.” The man got down off his cart and gathered up the vegetables. He walked stiffly to the porch.

“Could I have a ride?” I blurted out.

“Sure enough,” the man said. “If your mama doesn’t mind.”

“I’d be thankful if it kept the boy busy for a while,” Mom said. She dropped some coins into his hand. He laughed and helped me into the wagon. “I’m King Brooks,” he said. “Let’s go, Maude.” The old mule started walking along.

Sitting up in that high wagon I felt like a king myself. “I gotta get on with my work now,” King said when we got to the end of the street. “You run on home, you hear?”

“Can I ride with you again tomorrow?” I asked. “I could carry people’s groceries to them.”

King thought for a moment. “That would be a great help to me,” he said.

The next morning King picked me up at nine. We rode through the neighborhood. King called out prices and a lady called back her order. I gathered up fruits and vegetables from the back of the cart. My first customer! “Thank you, young man,” she said when I handed her some butter beans and a watermelon.

I felt my face go hot. I looked down at the ground. “You’re welcome,” I mumbled. I turned and fled back to the cart. That was pretty much how it went all day. In the afternoon King dropped me off back home with several ears of corn to give to my mother as payment. When I saw that corn on the dinner table that night my chest swelled with pride. I was making a difference.

I WOULD RIDE with King on Tuesdays, Thursdays, and Saturdays. That first week I brought the customers’ money to King to make change. “Now, you watch,” he said to me. “This lady gave me fifty cents, and her order costs thirty-nine cents. So that’s one penny plus two nickels she gets in return.”