Me and the Old Oak Tree 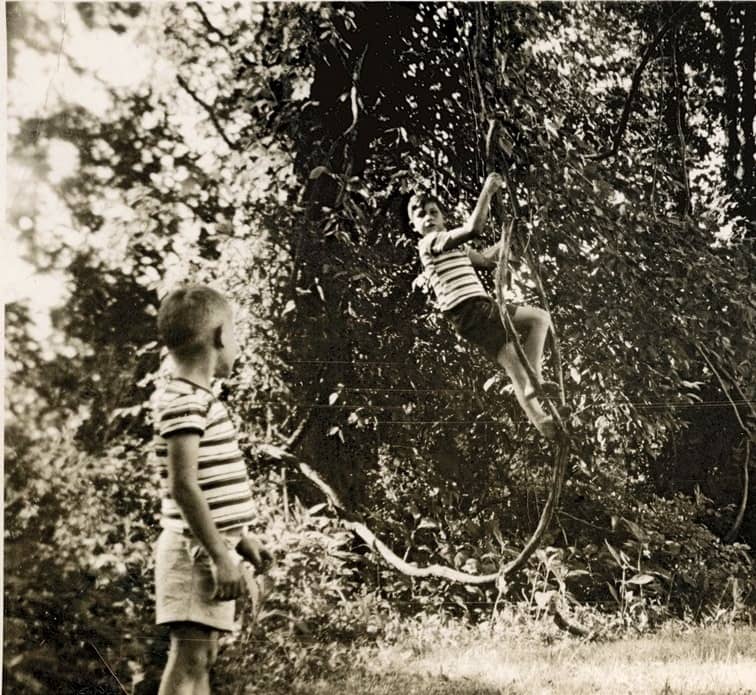 I was 10 years old and in over my head

‘‘I BET IF I CLIMBED to the top of this old oak, I could see forever,” I said, looking up into the branches. Climbing trees was a rite of passage in the mountains of East Tennessee, where we lived. At 10, I’d climbed all the apple trees in the area, but to scale a huge oak—that was a real challenge.

My brother Buddy Earl put his hand on my shoulder. “Brother Doug, you’re not Tarzan.”

Being more of a bookworm, Buddy Earl knew all about Tarzan. He was always willing to share in my adventures as long as whatever daring deed arose, I did it first.

Buddy Earl pointed to the first limb above the ground. “How do you even think you’re going to get up there?” he said. “You sure can’t jump that high.”

Sometimes my little brother could be as bossy as our older siblings, telling me what I shouldn’t do. He might as well have been my sister Anna Ruth in that moment. “Douglas Clark, what do you think you’re doing?” she would say if she were there. Would Buddy Earl threaten to tell our mother and father? That’s what Anna Ruth would do, no question.

“For your information, I’ve already solved that problem,” I told Buddy Earl. “You see that muscadine vine? I’m going to climb it and swing over to the first limb.” Let’s see Tarzan do that, I thought.