I married a volunteer firefighter 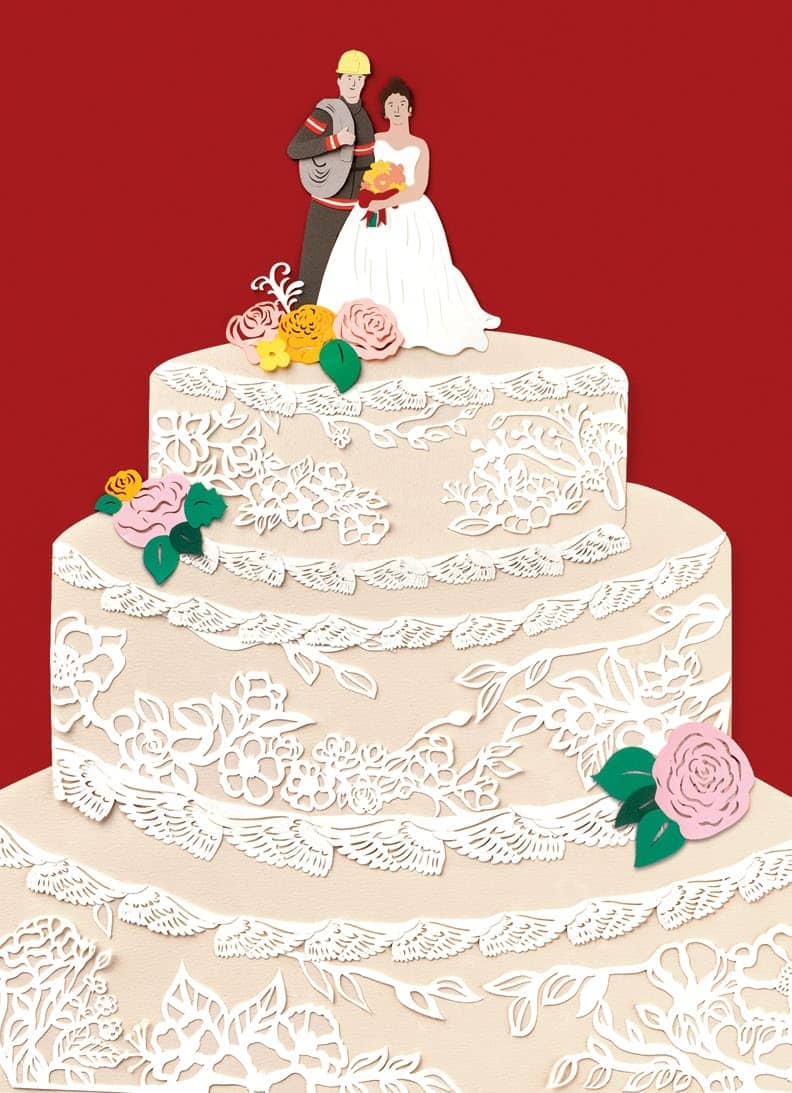 We said “I do,” then Jeremy raced off to do what he had to do

‘WHAT NOW?” I said to my fiancé, Jeremy. Six weeks before our wedding we discovered that the quaint lake cabin we’d chosen for the ceremony was suddenly unavailable. The cabin where Jeremy had proposed to me five years earlier. The cabin that was free of charge because it belonged to a relative. The cabin whose address was on the mailed wedding invitations.

“We’ll figure something out,” Jeremy said, wrapping his arms around me. His embrace usually made everything better, but not today. “You know it’s never been important for me to have a fancy wedding,” I told him, “but I really wanted to get married somewhere special to both of us.”

Jeremy and I met when I was 21. Six years into our relationship, he proposed, but one thing after another had interfered with planning the wedding. Finally, we thought we were all set: my dress, my bridesmaids, his groomsmen, the minister, the caterer. But with no venue, none of it mattered.

“Roll with it” had become our motto as a couple. We’d learned to be flexible since Jeremy had become an on-call firefighter at the nearby St. Paul Park Fire Station. I was so proud of him. Of his sacrifice. Of his commitment. Jeremy went on up to 10 fire calls a month, in addition to having a full-time job. He’d left family gatherings, even birthday parties, rushing out at a moment’s notice. Yes, he was doing something amazing for others, but sometimes I just wanted him to make us more important. He wasn’t obligated to answer every single call, but he did anyway.