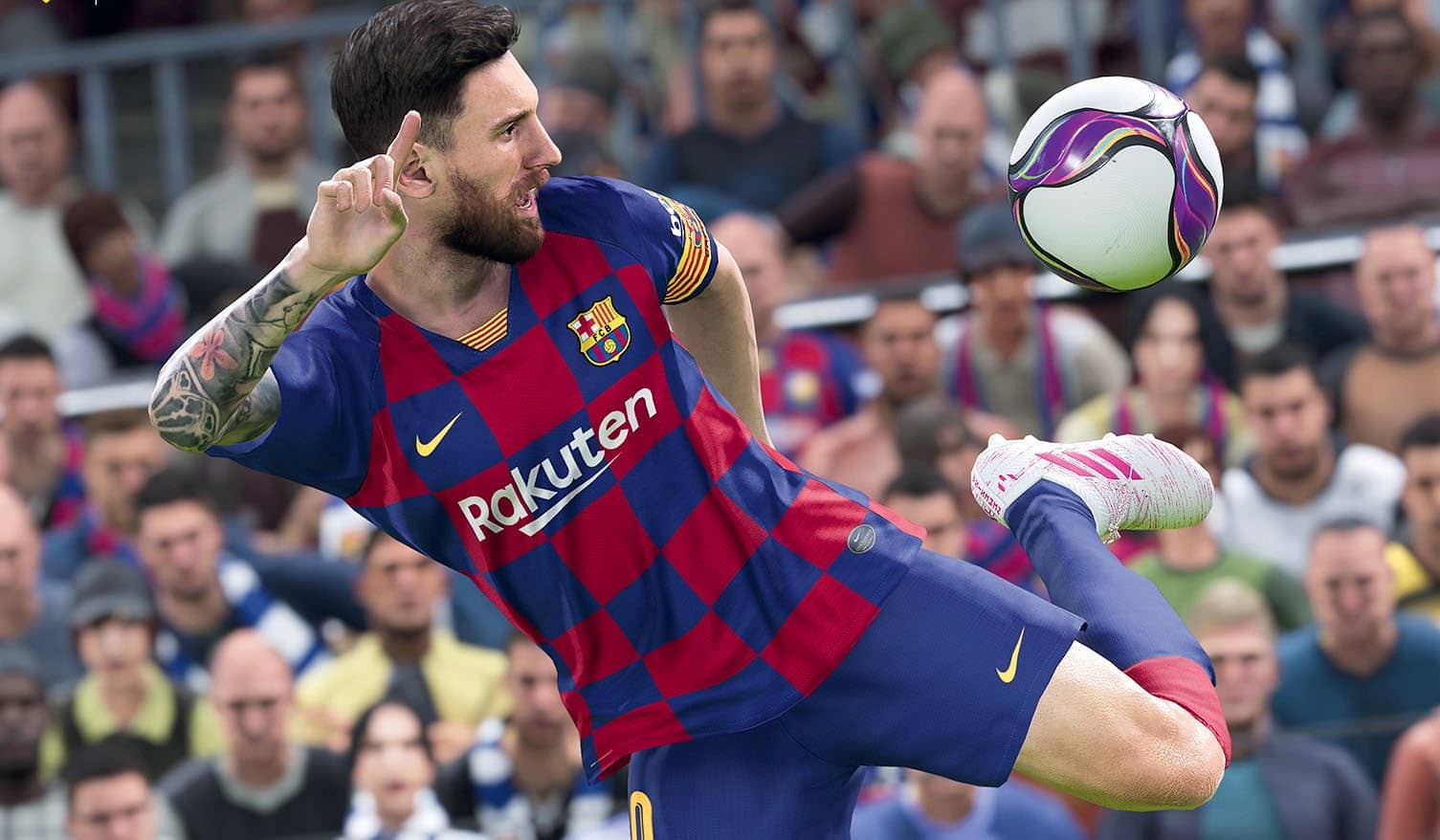 BACK IN TITLE CONTENTION AS THE IN-FORM SOCCER SIM

We live in an age where there’s no such thing as nuance. Brexit or remain, Spurs or Arsenal, Strictly Come Dancing versus the Simon Cowell talent show that you pretend not to watch: the social media era has no room for shades of grey. It’s the same for football gaming. The PES versus FIFA war has waged for 18 years, yet it has never been so partisan as it is right now. PES 2020 could be the greatest football game of all time, but still no FIFA die-hard would dream of crossing the line to switch sides.

That lack of open-mindedness is a shame. Because while PES 2020 certainty isn’t the greatest football game of all time, it does makes progressive advances that rival developer EA could unquestionably learn from. Take game speed, for example: this is one of the most pedestrian sports games ever committed to Xbox, where pinging the ball around at the back feels calming like the tick of a metronome.

This considered speed means you’re constantly able to take note of team-mate movement, enabling you to wait for an overlapping run from a full-back, or your centre-forward to spin in behind his marker. Like a game of snooker, you can think three moves ahead. More pertinently, it means serious pace – an attribute that dominates FIFA to an almost comical degree – feels special. Beating a defender with a burst from Raheem Sterling is endlessly satisfying. Springing Pierre-Emerick Aubameyang behind a defence after 45 seconds of build-up play before smashing past the keeper tastes euphoric, and spurs you into playing the purists’ way.