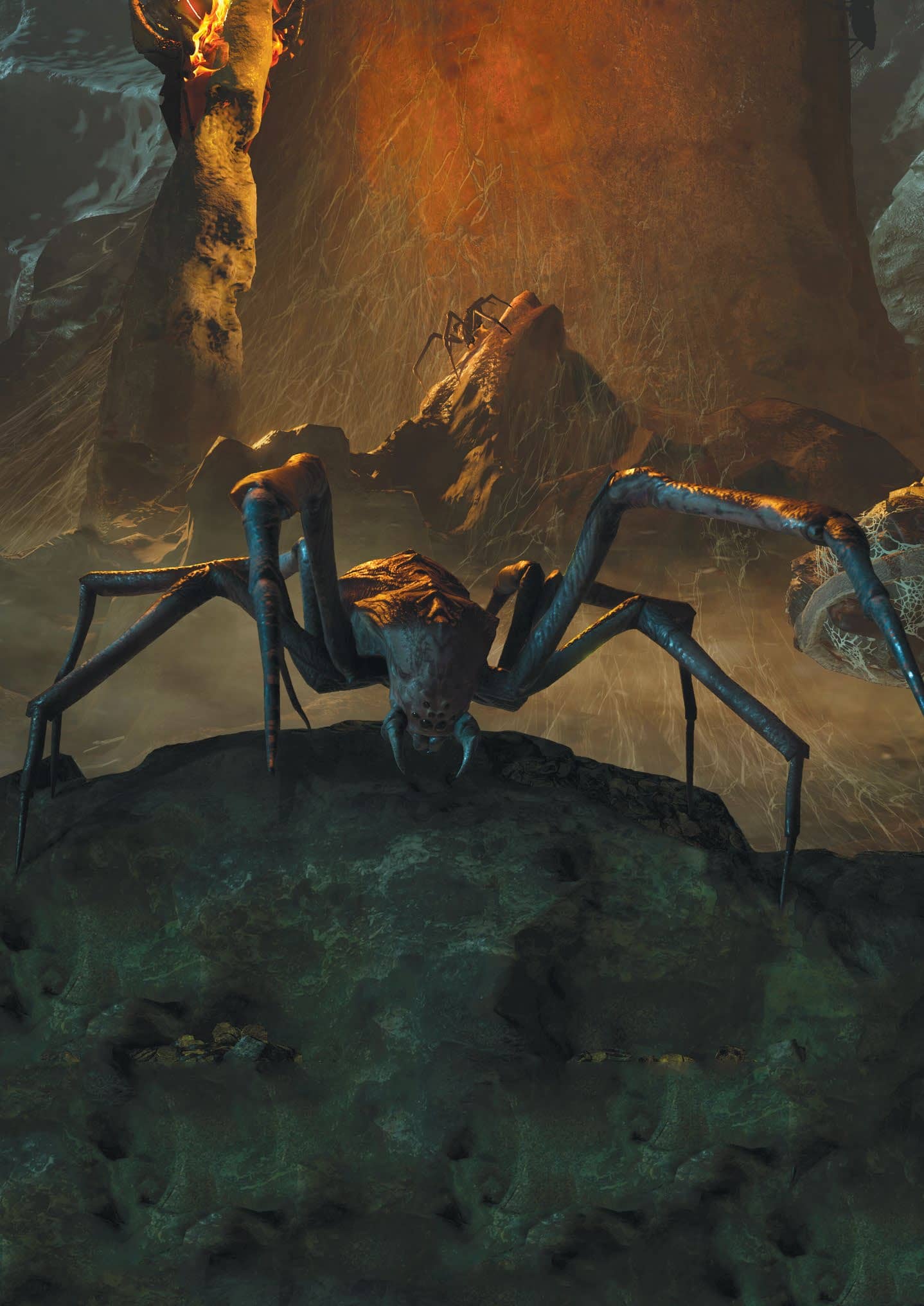 Spiders suck. We don’t care how many flies they scoff each year; we’d rather be swarmed by all the bugs than deal with the gross arachnids currently crawling around on Xbox 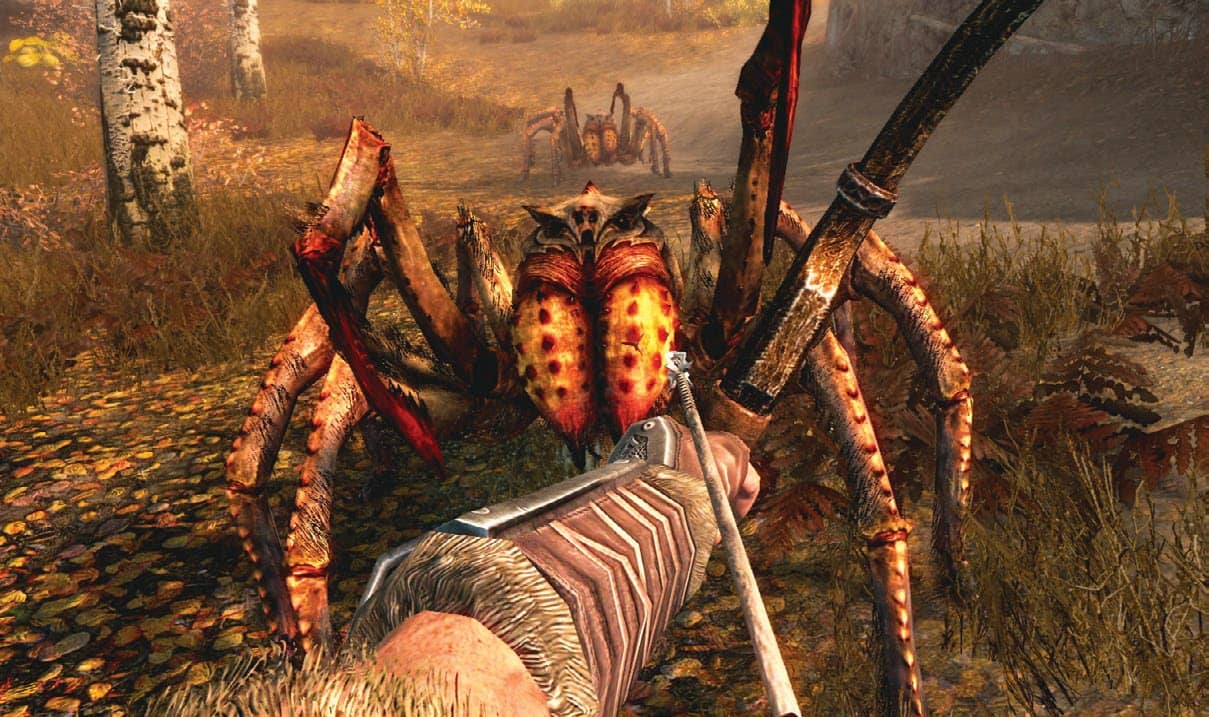 These gruesome customers have some real anger issues. One of Skyrim’s most aggressive enemies, they’ll pretty much attack anything on sight. They’re brave buggers, too. Occasionally you’ll see a random Frostbite summon up the courage to attack a giant or mammoth… which always ends with one monumentally squished spider. Silly Mr Frostbite. Your Dragonborn will often encounter them while exploring caves, so if you suffer from arachnophobia, avoid Skyrim’s subterranean lairs like the eight-legged plague. Weirdly, just about the only species these fanged fiends seem to get on with is vampires. And here we were thinking Drac and his blood-slurping chums were only besties with bats. 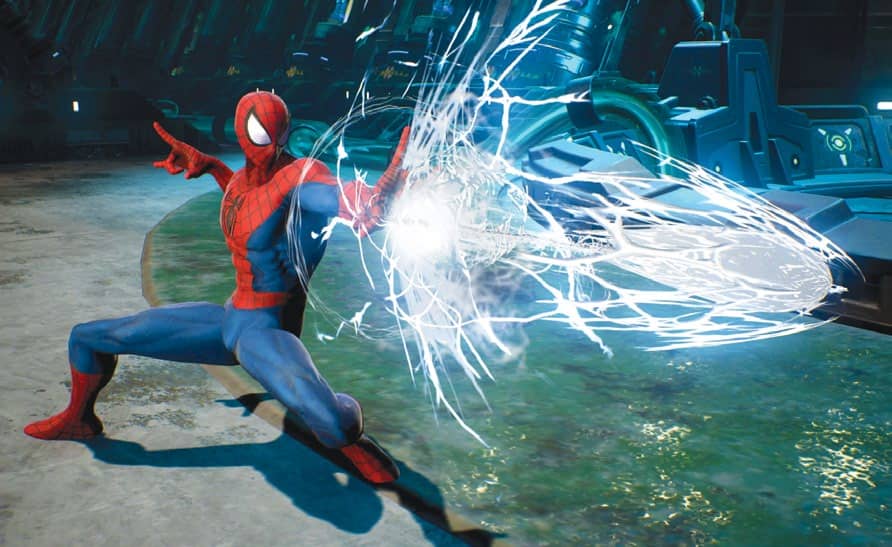 Avengers: Infinity War may have sent the wall-crawler into space, but when it comes to web-slinging weirdness, it’s hard to top Spidey’s quest in this mishmash beat-‘em-up. Teaming with Resident Evil’s Chris Redfield, Spider-Man and the muscly agent infiltrate an AIMbrella facility – see what they did there? Not long after they meet Dead Rising’s Frank West and Final Fight’s Mike Haggar, and soon the foursome are scrapping with various baddies. If you’ve been gagging for a very specific face-off between Spidey and Resi’s Nemesis, you’re in luck. The slavering STARS stalker may have killer tentacles and a shoulder-mounted rocket launcher, but he’s no match for our web-head main man. 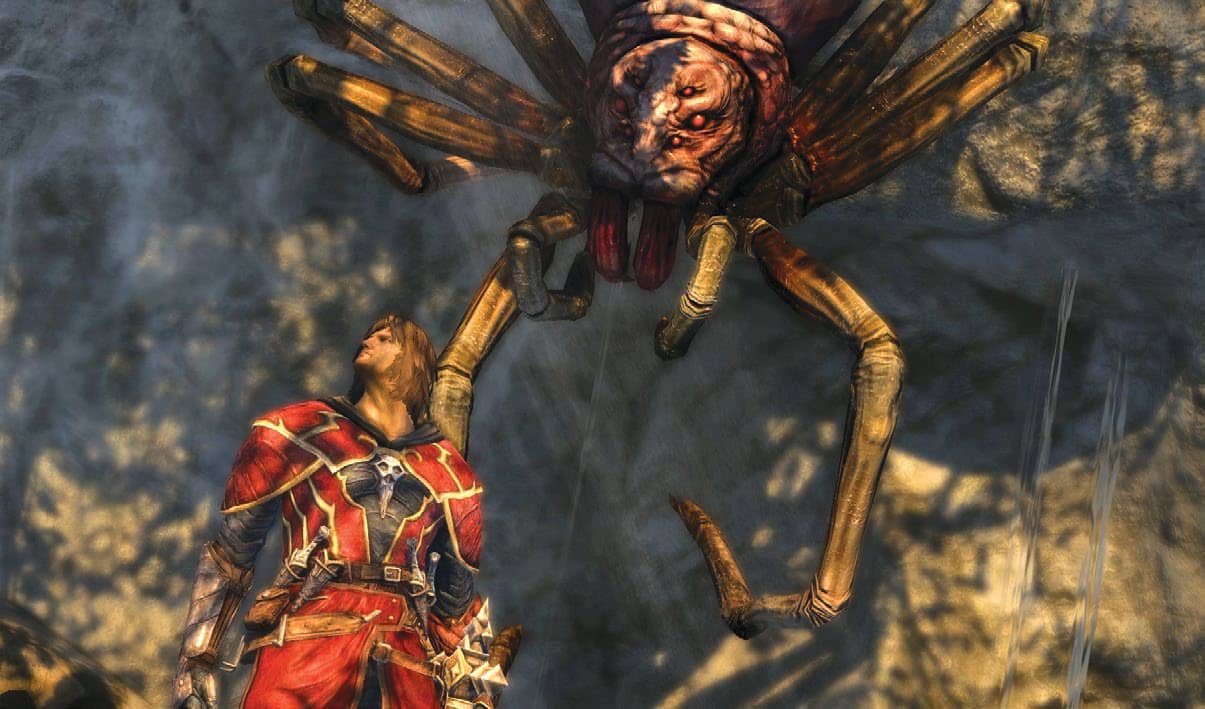 Who needs a faithful steed when you can mount a big ass spider. If Gabriel can lay enough of a creepy-crawly smackdown on a giant spider, a QTE starts that lets the monster hunter tame and ride the large-and-in-charge bug. Once you and your new spidey ally are on good terms, you can use it to attack other enemies or make it fire globs of webbing that can be pulled to yank down trees. Hell, you can even use its silk to craft an impromptu rope bridge. Good spider! Of course, Gabe can also choose to simply murder the spider’s face off. Not a bad option considering these gigantic pests can both tie up the future Dracula and poison him with venom. Budding spider friendships sure are hard work.