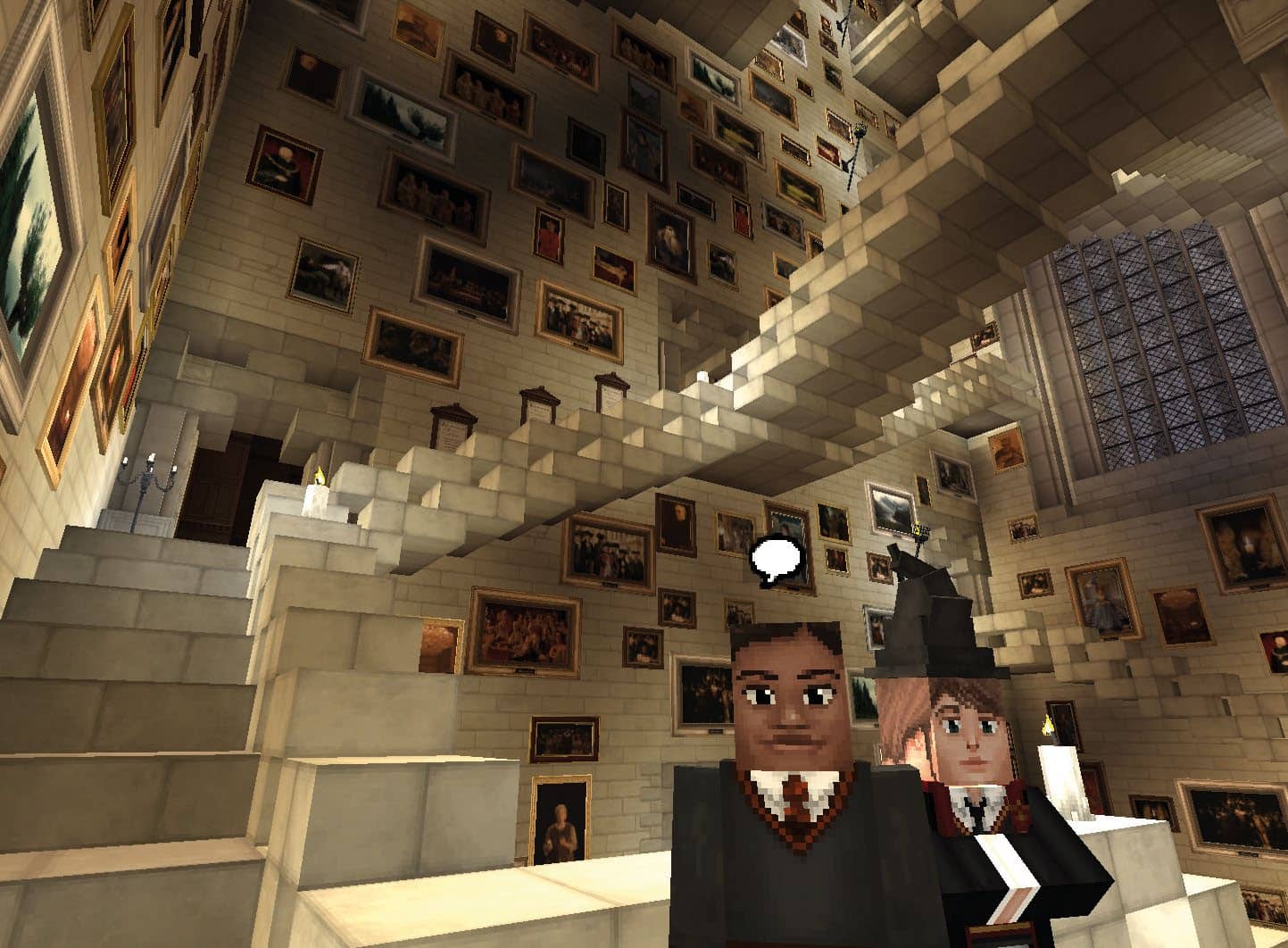 A fully-fledged wizarding RPG in an intricate, blocky Hogwarts.

I get sorted into Hufflepuff because of course I do. I’m 28 years old and playing a Minecraft mod based on a series of children’s books that I loved way too much when I was an actual child so I guess I just exude Hufflepuff energy.

The sorting hat agrees, after peppering me with magazine-style personality quiz questions like “what do you most value?” (community) and “which would you rather be?” (trusted). “Hufflepuff!” the grouchy sorting hat yells. The grey scarf tucked into the school wizarding robes I bought in Diagon Alley magically turns yellow. Now that I’m sorted, I’m free to roam the unfathomably intricate rendition of Hogwarts. I immediately get just as lost in the wizarding school’s blocky corridors as I typically do in a standard Minecraft mine shaft.

Witchcraft & Wizardry is a genuine RPG through and through. There are containers full of junk like spare parchment and vials, quests of varying importance, and NPCs that are happy to vomit lore at your feet. Before I even get to Hogwarts, one of my first available sidequests is to help Neville Longbottom find his toad Trevor somewhere on platform 9 & 3/4. There’s just a bit of Minecraft parkour involved in fetching the wayward amphibian from the top of the Hogwarts Express.

Later on I help Draco Malfoy collect some potentially ‘embarrassing’ (read: illegal) items around his family’s house, before which he’s happy to give me his opinions on the Weasly family, and Arthur Weasly and the Ministry Of Magic’s home inspections that could have led to the discovery of the Malfoy Manor’s cryptic scrolls and cursed skulls. That’s dealt with now. You’re welcome, Draco.