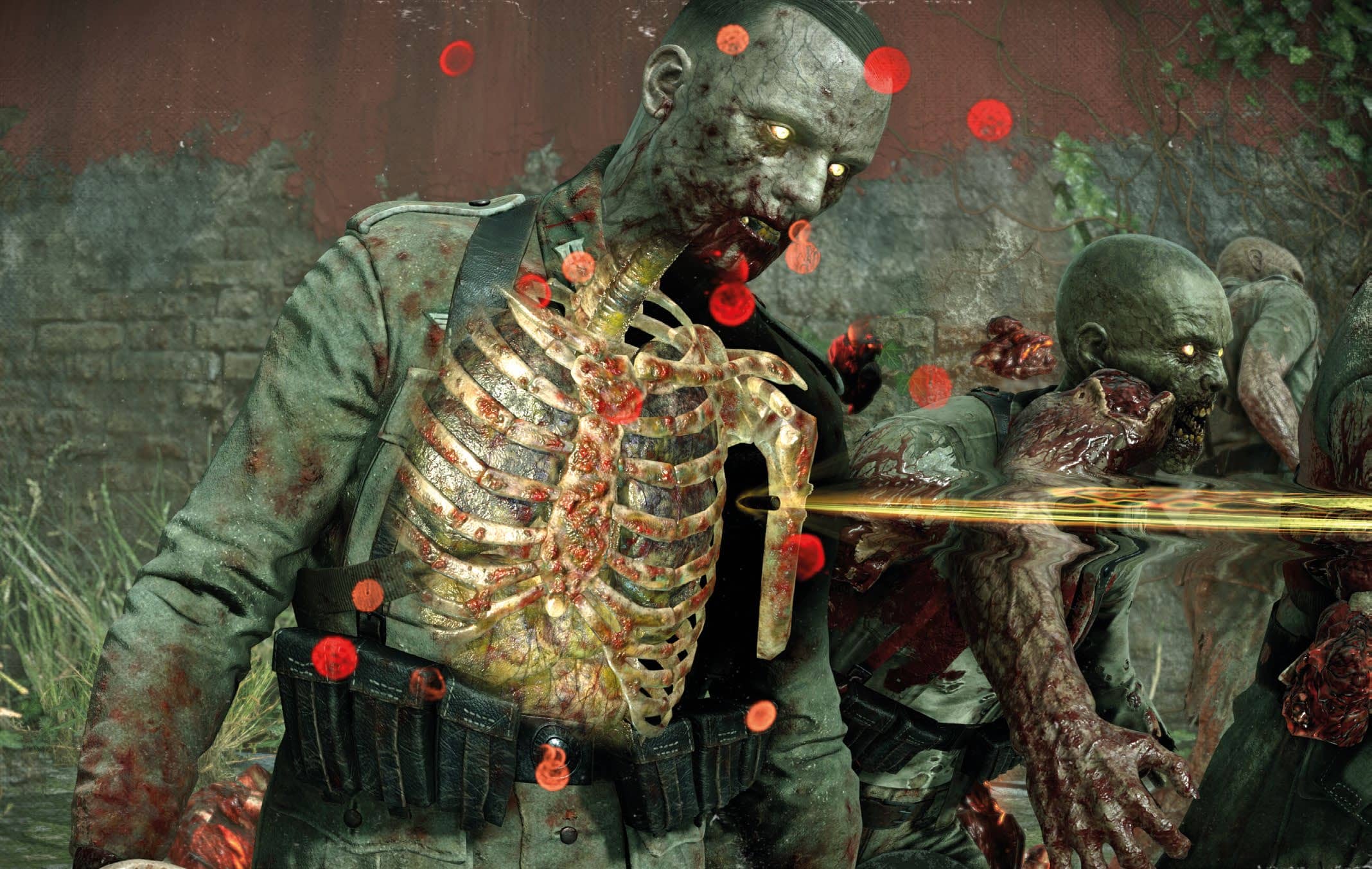 ZOMBIE ARMY 4: DEAD WAR does exactly what it says on the tin.

What’s your eighth favourite snack? You know, that one you’d never actively buy unless it was on offer but, when left alone with a packet, you’ll eat until your fingers reach for the next and find only crumbs. Now, imagine your cupboards are filled with it – that’s what playing Zombie Army 4: Dead War feels like. Especially if the snack in question happens to be delicious braaains.

In this analogy, the feeling you get as you chomp down – that beautiful weightless moment before the regret and mild tummy ache and the memory that you have a family history of diabetes – is clicking the left mouse button to fire your weapon and hearing the satisfying squish of another zombie’s cranium exploding. As gaming pleasures go, it’s not quite on a par with the solution to a fiendish puzzle clicking into place somewhere in the bottom of your brain or the explosion of possibility that comes from trying something stupid and getting a response that shows the developers saw you coming. But it is certainly exceedingly moreish.

Over the 15 years and six games that have led to this point, starting with 2005’s Sniper Elite, Rebellion has honed this one moment to its sharpest possible point. The kickback on a submachine gun weapon, each shot punching your reticule higher and closer to that all-important headshot, has all the mass-produced genius of a Jaffa Cake’s sponge base. The way zombies tumble quivering to the ground when you hit them with an electrified bullet, delicious as just-slightly-dark chocolate. 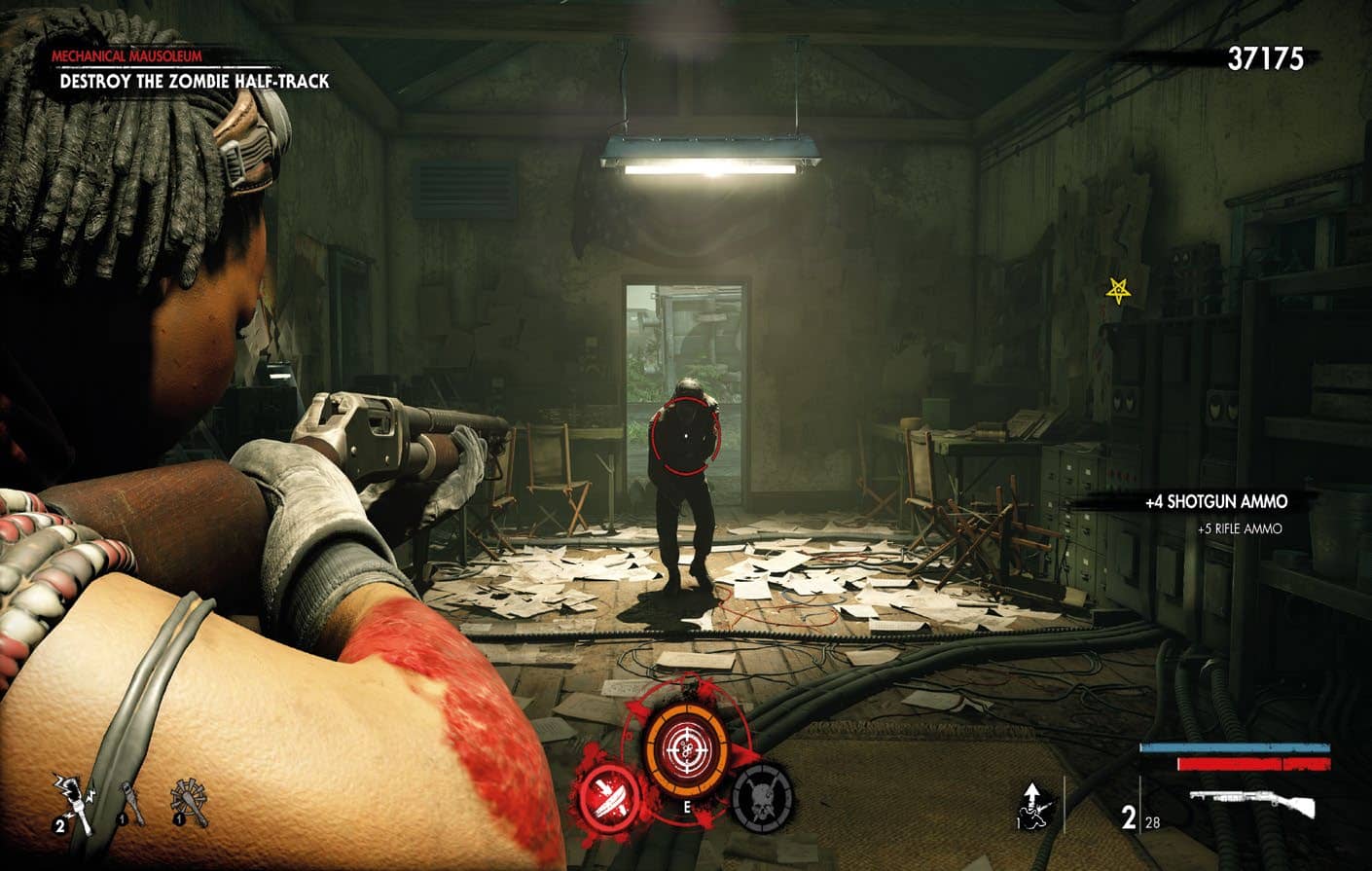 And pushing in with your sniper scope, framing a distant face in intimate close-up, then watching as your round whizzes in slow-motion from the chamber, out across the level and then into their eye socket, through the squishy mass of brain, and out the far side of their skull? You’d better believe that’s the ambiguous gelatinous orange filling – the dirty little thrill that is, as much as you’d be ashamed to admit it, what you’re here for in the first place.

There’s nothing wrong with a few empty calories now and then. But then you look back to the metaphorical cupboard, and realise… it’s still full. There are another couple of hundred zombies between you and the level exit, and beyond that nine chapters’ worth of campaign, each of them a few hours long. Then a horde mode, the weekly challenges that add fresh modifiers to familiar levels. And, the big innovation for this latest instalment, a hundred levels of character perks, weapon upgrades and unlockable cosmetics to chew your way through. 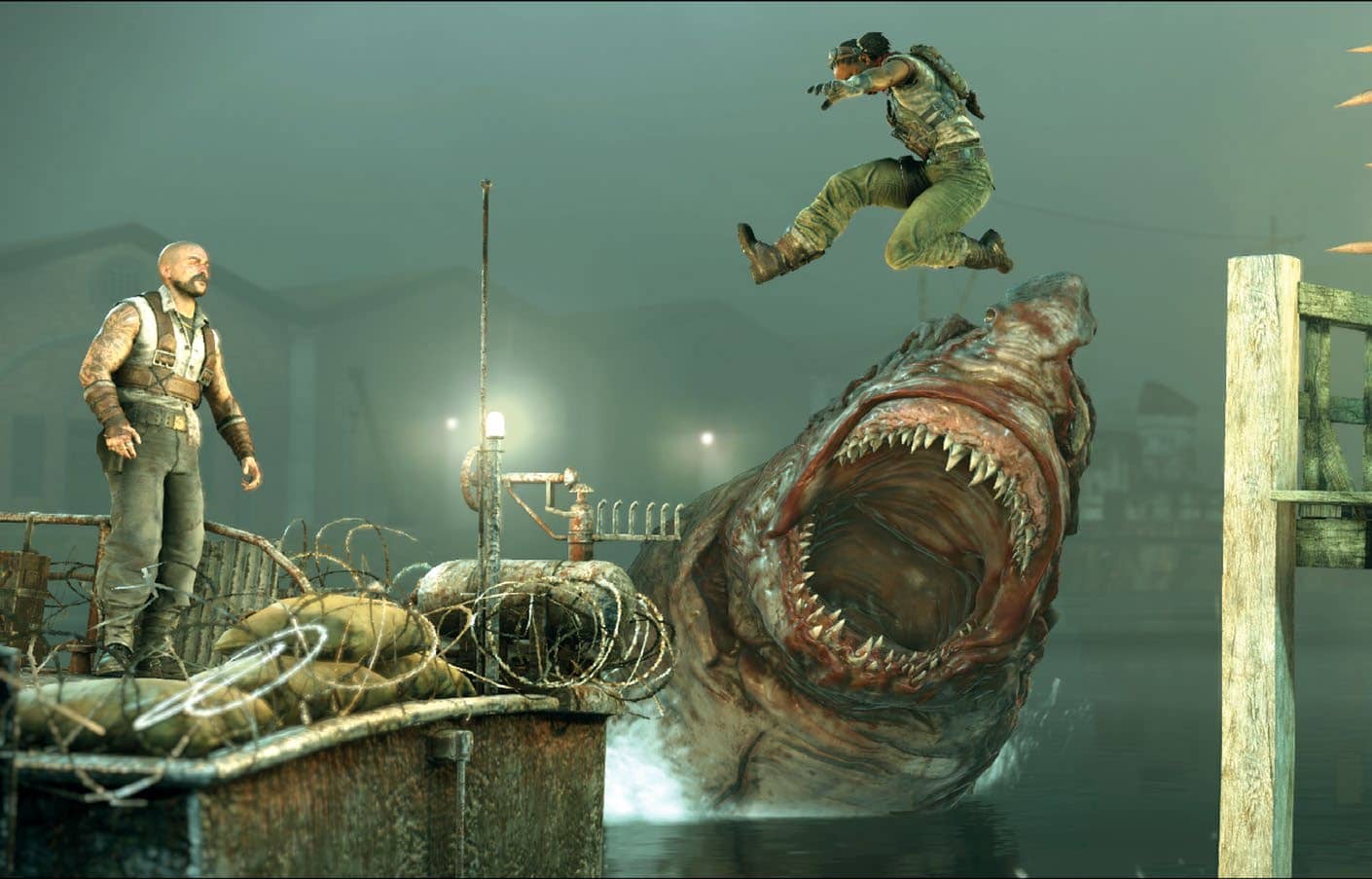