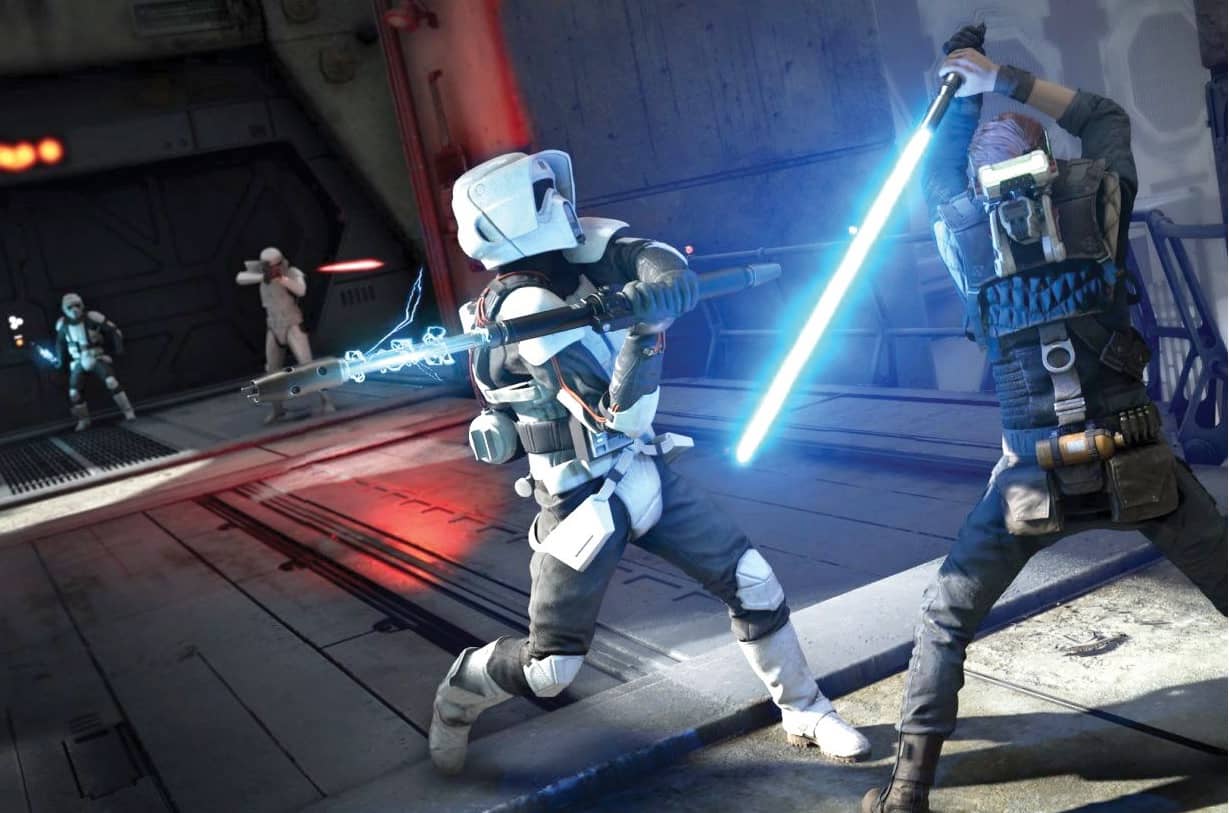 A touch of Sekiro sends Cal and BD-1 backtracking

I came into my hands-on time with Star Wars Jedi: Fallen Order at E3 expecting more or less George Lucas’ Uncharted – a gorgeous-but-conventional linear Star Wars action game. But what I played had a few unexpected shades of Metroid’s backtracking and FromSoftware’s secret areas.

To be clear Jedi: Fallen Order is not an open-world game. You’ve got your own ship, the Mantis, and any time that it’s accessible to you, you can walk inside, visit a holotable to bring up a galactic map, and jump to one of the other planets you’ve visited. But (despite the presence of a crew you can engage with using simple either/or dialogue) you are not going to be zipping between these worlds as in Mass Effect, running side-quest errands.