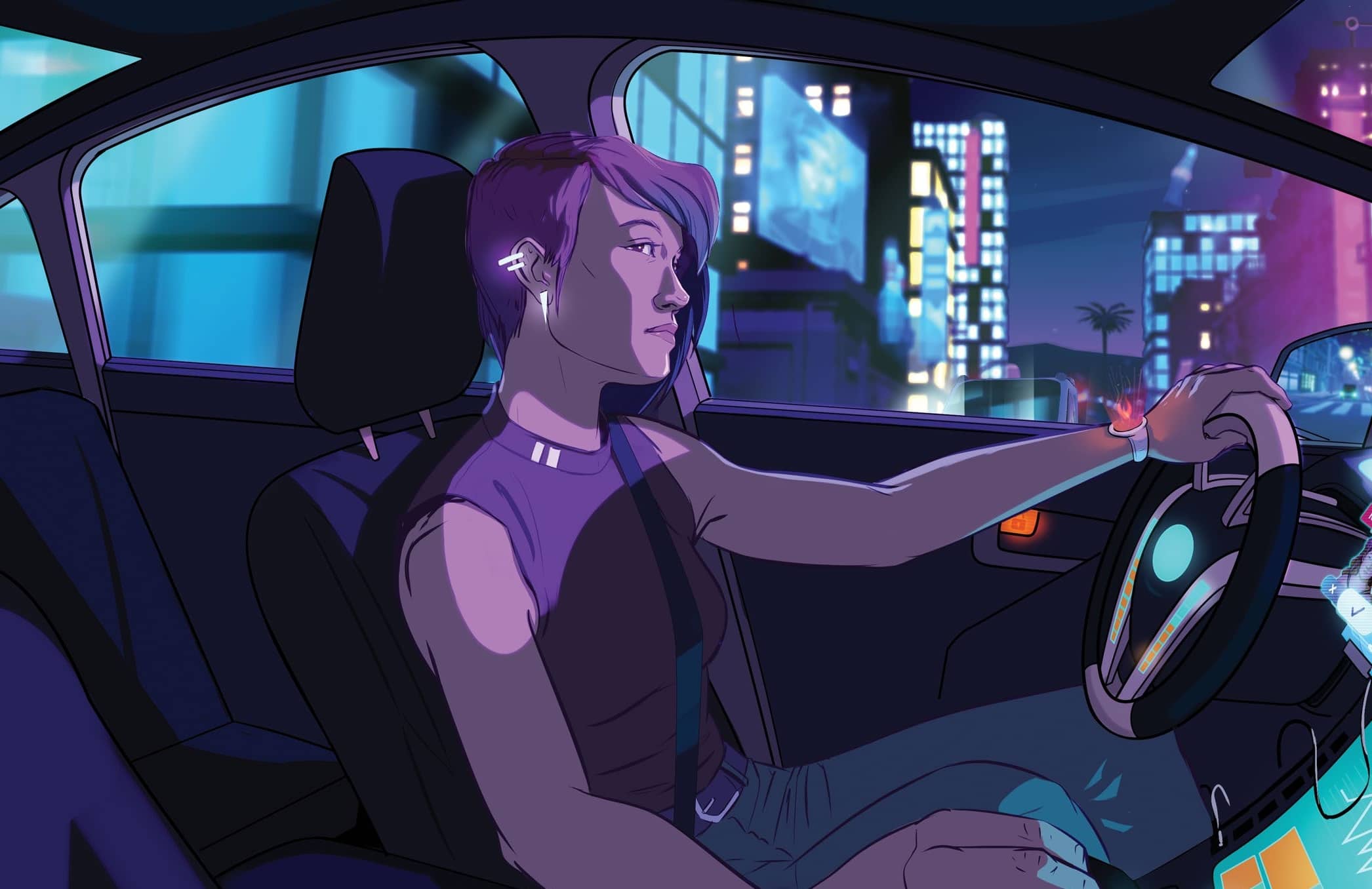 Explore the relationship between emotional health and employment

We meet protagonist Lina en route to her new life in Los Ojos, California. Known as Automation City, most of its workforce has been replaced by AI designed by megacorporation Capra. Lina’s never been to Los Ojos, but she’s planning to be the city’s only human cab driver.

NeoCab may take place in a dystopian future, but the setup addresses contemporary issues. Capra could well be an analogy for the Googles and Amazons of today, omnipresent and hungry for as much of our data as possible. Soon after Lina arrives, her best friend Savy disappears, and she has to dive deep into the workings of Automation City. All the while, she has to make a living, and so you balance your search for clues with your job. You choose a passenger on your map, meet them at the designated pick-up location and then drive them were they want to go. Each night you’re trying to keep your car’s battery charged, hit your income quota, and maintain a four-star customer rating to avoid losing your job. Lina tries to reinforce how a human driver can offer more than just a ride from A to B.