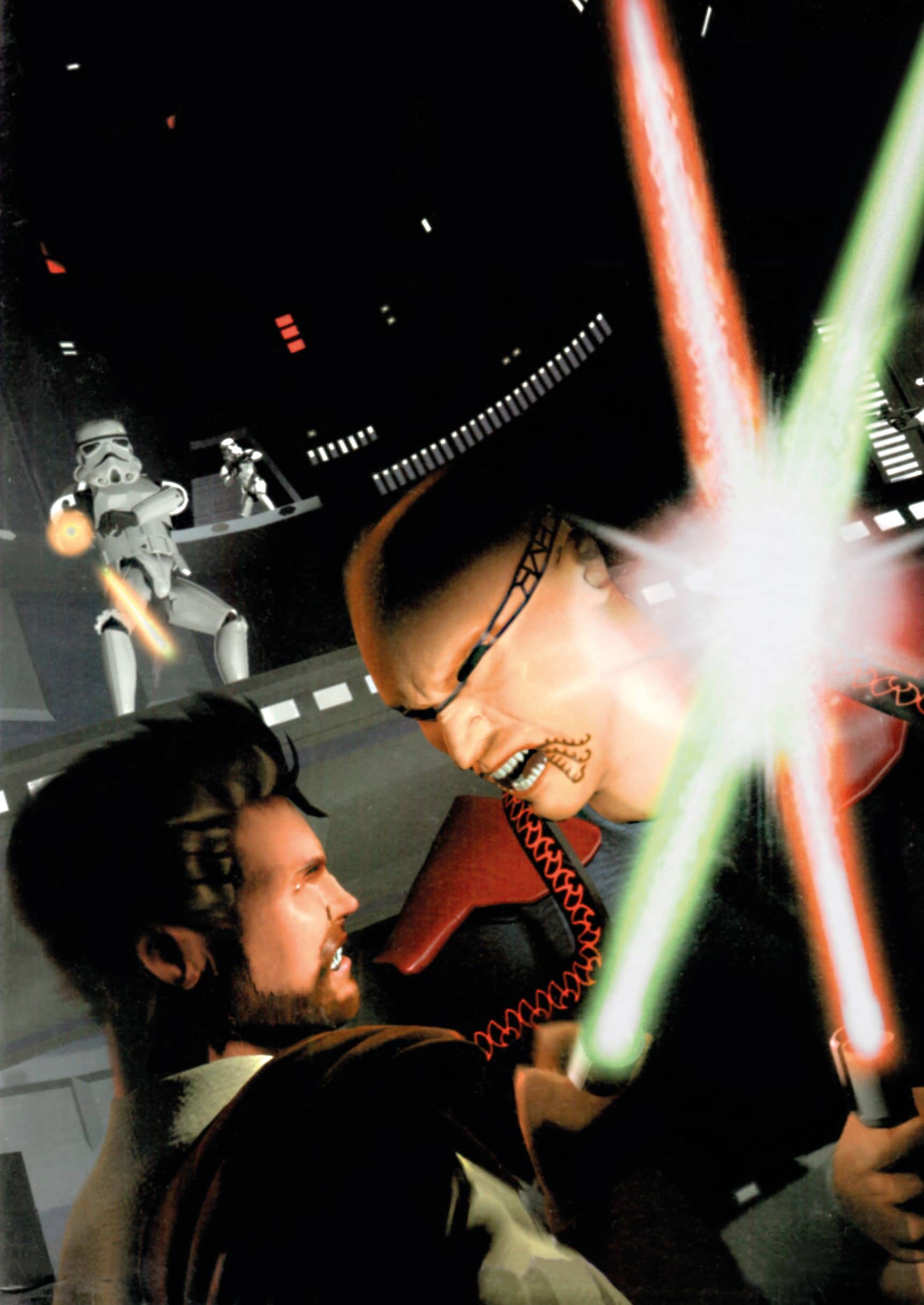 It’s tricky to get running, but LucasArts’ blaster can still swing it with the best of them.

Rick Lane
The best way to judge the quality of any Star Wars fiction is to ask, “What’s left if you take out the lightsabers?”. Remove those iconic laser swords from the original Star Wars and you’re left with basically the same propulsive adventure, only Darth Vader and Obi Wan settle their score with a fistfight instead. Take them out of the Phantom Menace and you’re left with two hours of dead-eyed chat about trade negotiations while Jar-Jar pricks about in the background like a nerf herder.

The same notion applies to Star Wars games. Take the lightsaber out of Jedi: Fallen Order and you’re left with a mediocre Uncharted clone. Take it out of Jedi Knight: Dark Forces II, however, and you’re still left with a fantastic first-person shooter. 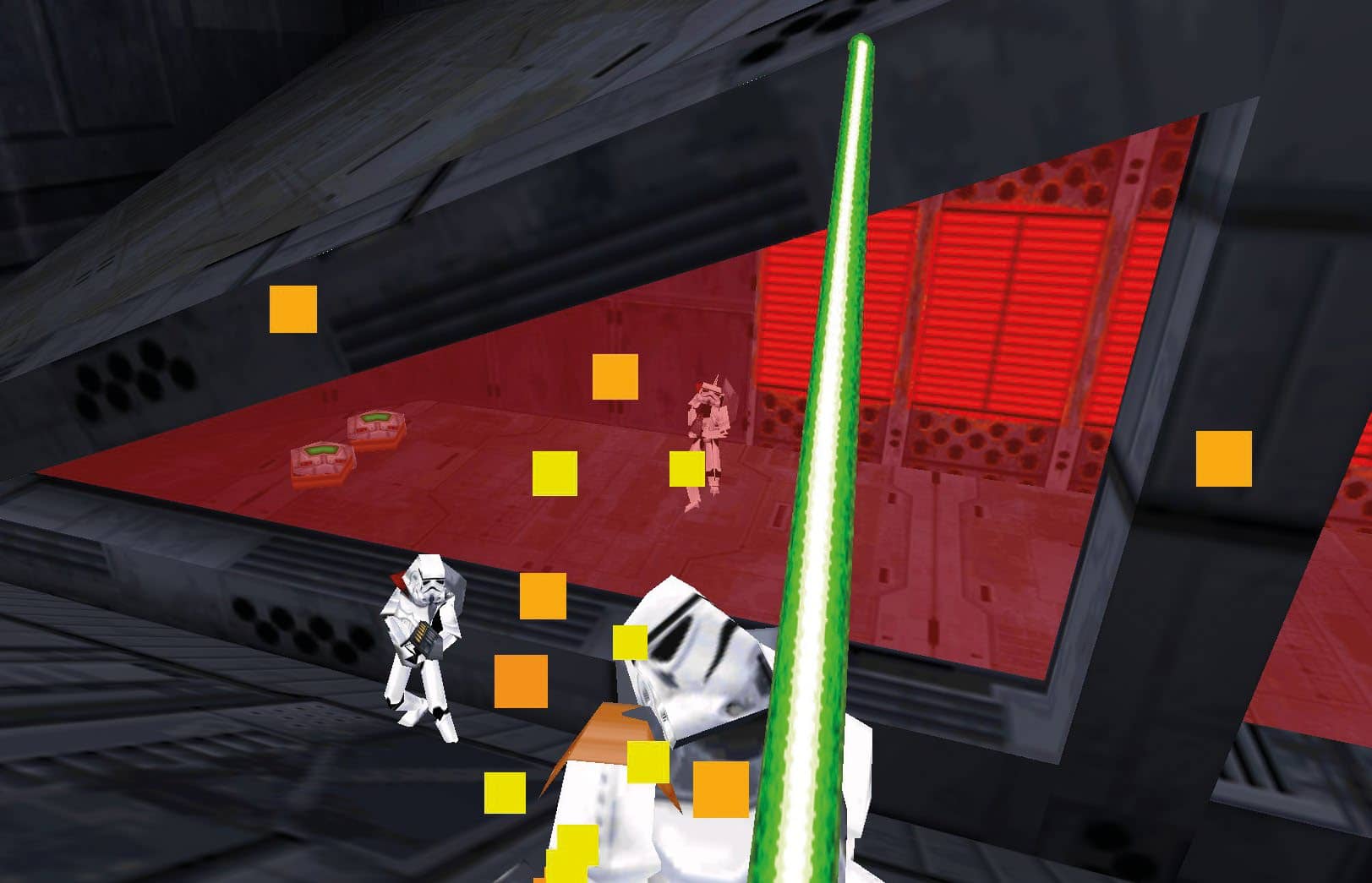 Admittedly, it’s an FPS which requires some adjustment played today, both in perception and getting the bloody thing running. More on that second point later, but for now let’s say that Dark Forces II does not like modern PCs at all.

On that first point, there’s no escaping it, today Dark Forces II has all the visual appeal of Jabba’s fat-rolls. Being an early true-3D shooter, all that extra power required to render proper polygons mean massively scaling down the level-of-detail on models and environments. Unlike Quake, which could tailor its art to suit its visual limitations, Jedi Knight is a Star Wars game, and therefore needs to mimic the Star Wars aesthetic. Hence you end up with angular stormtroopers, lightsabers you can sometimes see through, and a Kyle Katarn who looks like he’s cameoing in Minecraft.

Still, there’s a splendid shooter hiding behind that boxy exterior, one that reveals itself the moment you blast your first Gran (alien, not octogenarian) in a Nar Shaddaa dive, and he topples to the ground with bone-cracking force. 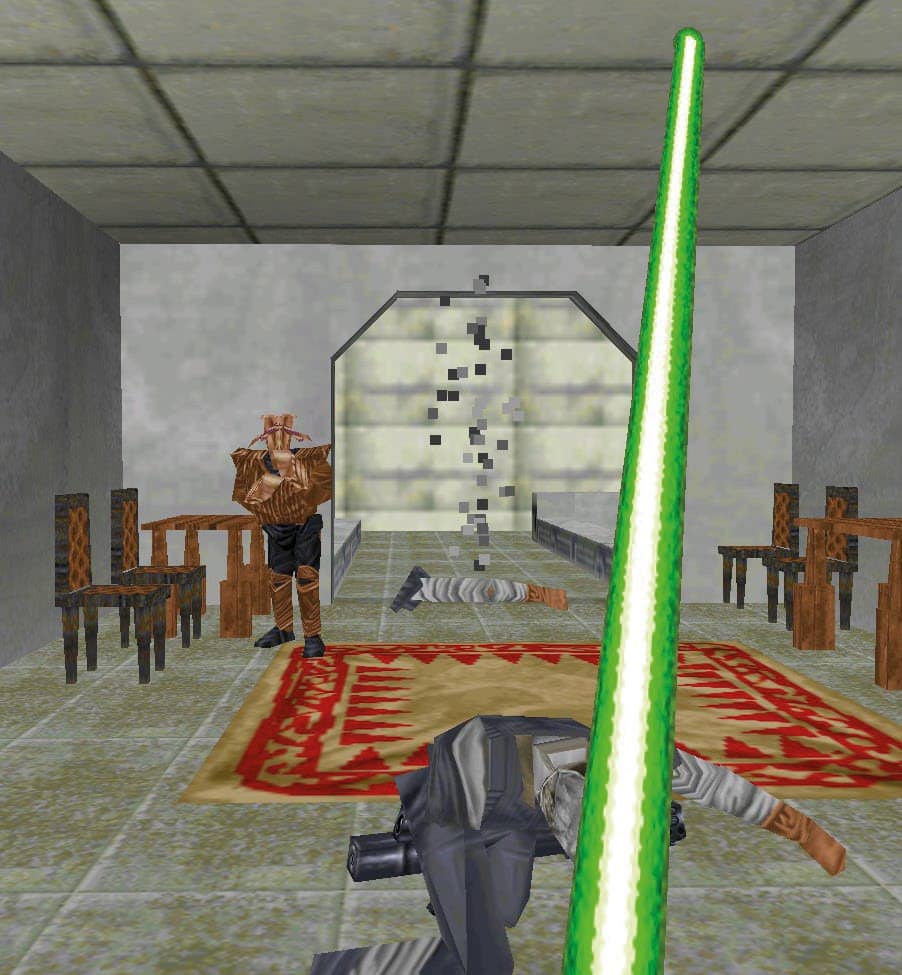