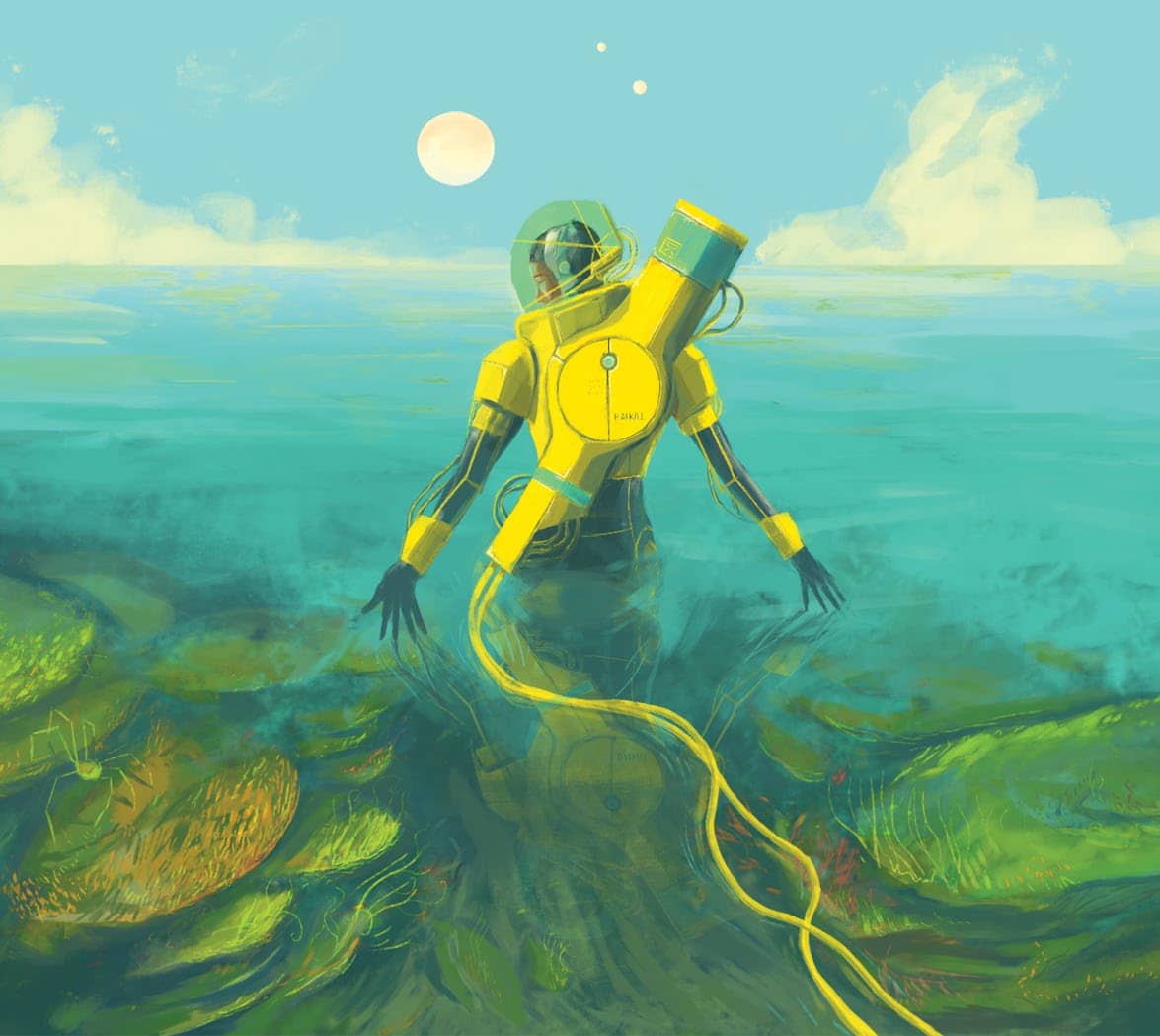 Under the sea new life forms are waiting for me.

In Other Waters shrinks the entirety of an alien ocean into one interface. You’re the AI that accompanies xenobiologist Ellery Vas on her dives into the oceans of Gliese 667Cc in search of life that may help sustain mankind, while trying to find out what happened to her partner, who disappeared during a prior mission.

All you see of Ellery’s adventures is a map – Ellery herself is a little dot, as is everything she encounters. As you scan the environment for anything from environmental clues about the ecosystem to plants and creatures for Ellery to study, descriptive text from the interface itself as well as Ellery’s observations tell you what’s going on down in the depths. For developer Gareth Damian-Martin, giving players a simple interface is a way of allowing their imagination to flourish. “I don’t think a game’s strength lies in its fidelity. There are many games that function entirely on the strength of their descriptions coupled with some good sound effects.”