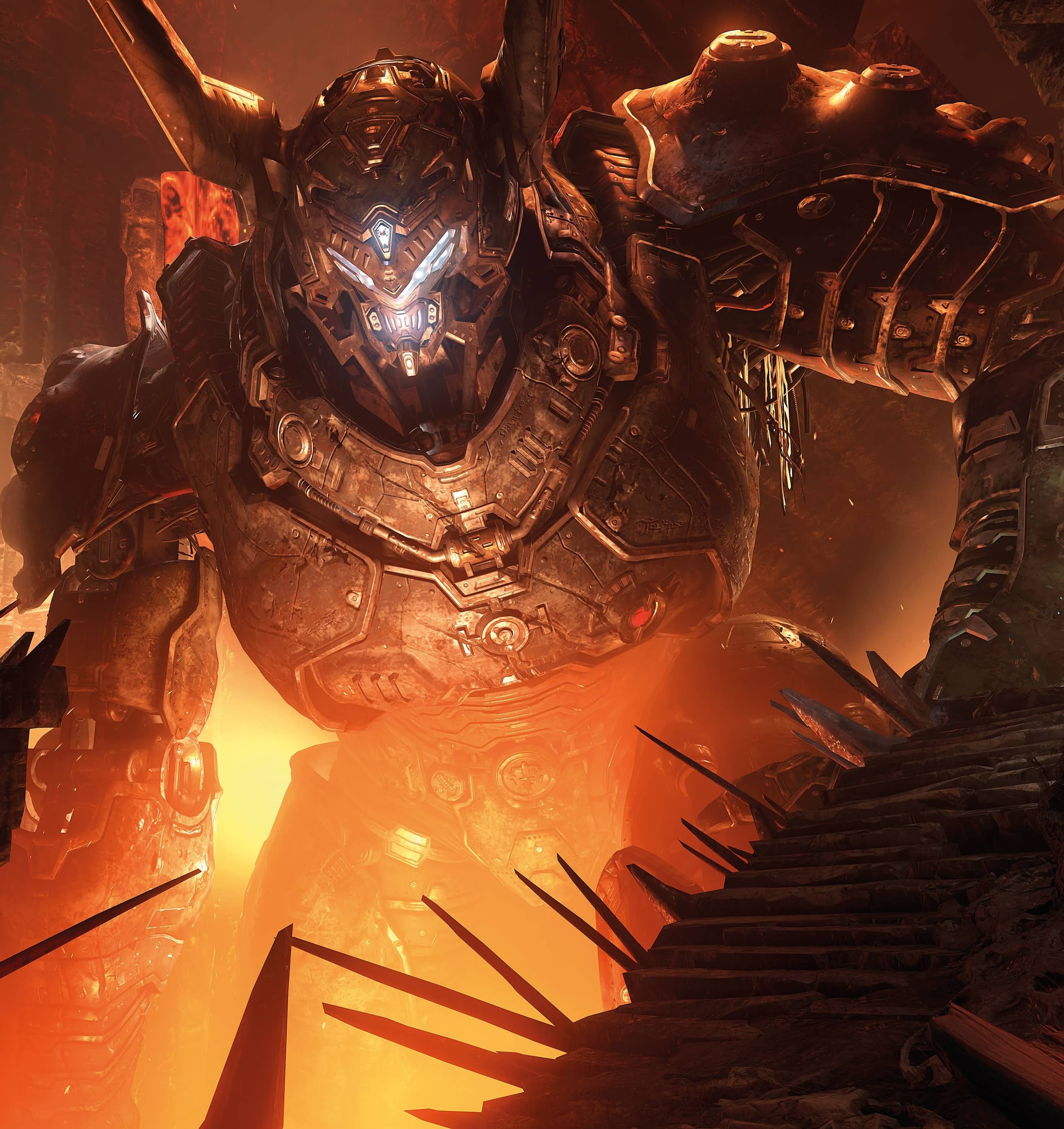 An explosion of ultraviolence even more intense than last time

Playing this FPS sequel is… exhausting. After three hours, I feel like my nervous system needs a vacation. Any good shooter demands something from your reflexes, learning how to aim while dodging incoming fire, but that’s just learning how to breathe in Doom Eternal. Properly operating your entire body – and staying alive – is a lot harder.

The game on ‘ultraviolence’, its version of ‘hard’ difficulty, is the most stressed I’ve been playing a game in a long time, because almost every fight has me feeling like I’m on the ragged edge. It’s been a couple years since I played any of id Software’s 2016 Doom, the surprisingly great reboot that Eternal is following up on, but I don’t remember it feeling like this. Doom was fast, rabid, and satisfying in its brutality and the ways it encouraged aggression to stay alive. You had to perform melee ‘glory kills’ to wrench life-refilling power-ups from enemies, and you’d pull out the chainsaw at key moments to turn an enemy into a geyser of blood and ammo refills. Eternal starts at a level of intensity Doom may only have reached towards the end.

The sequel gives you those basic tools in the first five minutes, and then keeps layering on more for the first three hours. It’s overwhelming, but Eternal’s goal here is to essentially give you access to superpowers and then force you to learn how to use them instinctively, or you die.

At least on hard, all the enemies except the shambling fodder move fast, are aggressive, and can tear you to pieces in seconds, which means constantly closing range to get melee glory kills that restore your health becomes second nature. But that’s hardly enough to keep you alive for long. The biggest source of tension, for me, is remembering to use each of the new cooldown abilities Eternal introduces while also monitoring my weapons, swapping between them as needed.

There’s now a grenade you can use to soften up a group of enemies, and later you can swap it out for a cryo grenade that freezes them. Heavier demons have weak spots that the grenade can help you destroy, robbing them of major damage potential or even opening them up for a glory kill. If you don’t remember to use the grenade when it’s off cooldown, you’re probably dead, because Doom Eternal throws a lot of enemies at you at once.