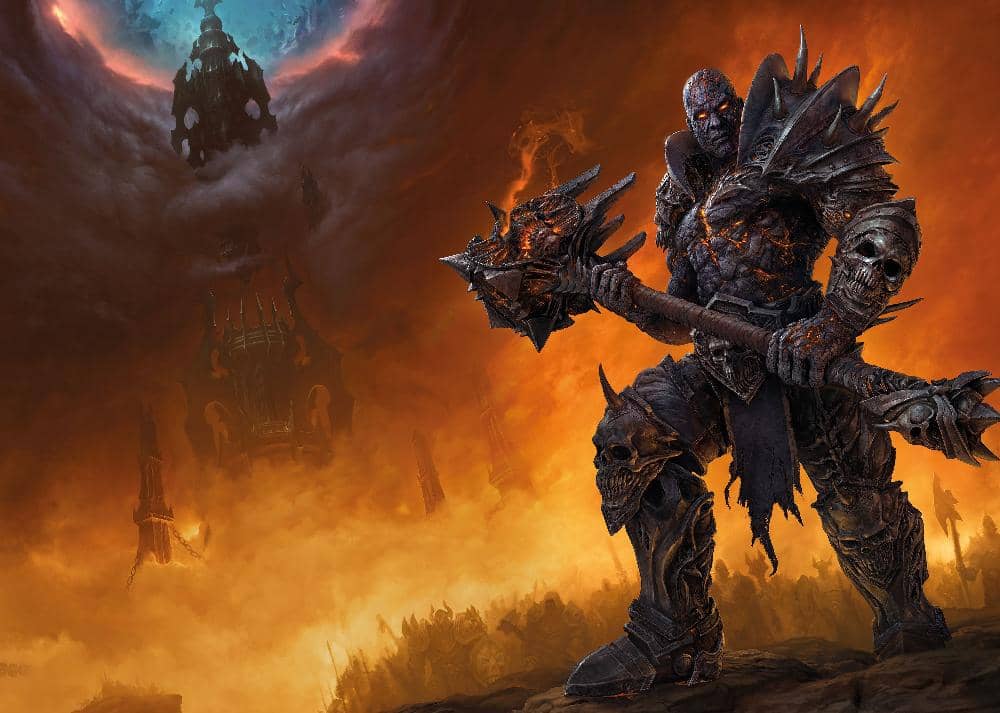 No decision in world of warcraft matters more than your race and class. Every character, from hardcore raiders to that level 14 undead warlock you started six years ago on a whim but never touched again, is defined by these two traits. And few of the choices you make in the countless hours that unfold after starting a new adventure are ever as meaningful. World of warcraft: shadowlands is going to change that.

When it launches later this fall, Shadowlands will take players on a journey to the afterlife in order to save the world of the living. And at the end of that initial story campaign, players will have to make the most difficult choice they’ve faced since the character selection screen. But Shadowlands is more than a chance to inject some much-needed feeling of consequence back into your adventure. It’s also an opportunity for Blizzard to tear the veil off an entirely new part of the Warcraft universe – one that wasn’t spelled out in game manuals, tie-in novels, or lore bibles decades ago.

“Many of our past expansions had a clear anchor in some large established villain, piece of lore, a place in the world,” game director Ion Hazzikostas tells me. “There were reams of novels that have been written or past references in games like Warcraft III or otherwise. But Shadowlands really started from almost a footnote, frankly. It’s a world created largely whole cloth from the imaginations of our artists and our narrative designers.” 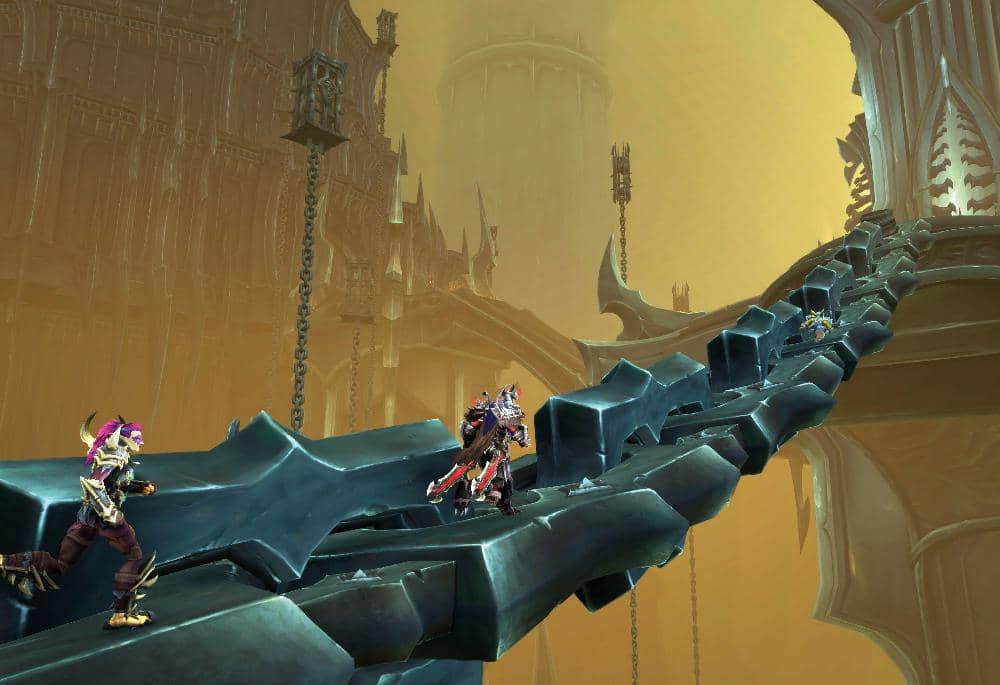 To understand what’s happening in the Shadowlands, players must be familiar with what happened during the climax of the current expansion, Battle for Azeroth. After being ousted from her position as Horde Warchief, the undead banshee queen Sylvanas Nightrunner flees to the frigid continent of Northrend. It’s here that she battles the new Lich King, Bolvar, for his Helm of Domination that Arthas once used to rule the undead Scourge. Instead of wearing it herself, however, Slyvanas shatters it, tearing the veil between the living world and the Shadowlands – Warcraft’s version of an afterlife. Obviously that’s not actually a good thing.

If you can believe it, the Shadowlands has it even worse. As lead narrative designer Steve Danuser explains, “The Shadowlands isn’t just heaven or hell. It’s an entire realm made up of different microcosms – each one a unique slice of a different kind of afterlife. When a mortal soul dies, each is judged by a cosmic being known as the Arbiter who determines which area of the Shadowlands is most befitting of their deeds and thoughts. Of those, players will explore five main zones, four of which are ruled over by a different Covenant.”

“For example, Bastion, the first zone we’re going to go to, is home to the Kyrian Covenant and these are bright, angelic spirits and they are the ones who ferry souls to the afterlife,” Hazzikostas says. “On the other end of the spectrum are the Necrolords of Maldraxxus, the military might of the Shadowlands. When the Shadowlands wage war against other powers in the cosmos, that’s where those forces come from.”

“All of those are beings that are of death in the same way that a demon is of disorder or fell, or a fire elemental is of fire,” Danuser explains. “These are magical creatures, and we get to explore the rules and the groundwork for this new kind of cosmic influence.”

That’s how the Shadowlands should work, but thanks to Sylvanas and her new benefactor known as the Jailer, that delicate cycle is broken. Now, every soul that enters the Shadowlands gets an express pass straight to the worst of its hells: a fifth, nightmarish realm known as the Maw. Souls that are sent here are imprisoned and tortured forever, causing the rest of the Shadowlands to experience what’s basically a cataclysmic drought.

As players work through the story campaign and gradually reach max level, they’ll tour each of these zones, learning about each Covenant that exists there while also puzzling out how to restore balance and return the Shadowlands to its normal order and defeat Sylvanas and the Jailer. At the end of that first chapter, players will have to make an important, longlasting choice to join a specific Covenant. Each one offers different powerful abilities, unique loot, and their own story quests to complete. It’s a decision that will affect the next few years of your life in Azeroth, and it’s one not to be taken lightly.

A quick overview of each Covenant and what they offer

The Kyrian are the valkyries of the Shadowlands. They have owl butlers.

Call up your own owl butler who offers you a refreshing beverage and can perform several services once per day like hunting for Legendary item materials.

Form a shield of flesh and bone that protects you. Using the ability near corpses enhances Fleshcraft, making it capable of nullifying up to 50 percent of incoming damage.

Turn into a spirit animal and teleport forward while also increasing your movement speed. You can reactivate the ability to teleport again.

The vampire-like Venthyr take in souls who are pretty evil but not irredeemable and help them become less of a dick.

Choose a location up to 30 yards away and then step through an ethereal doorway to teleport to that location.