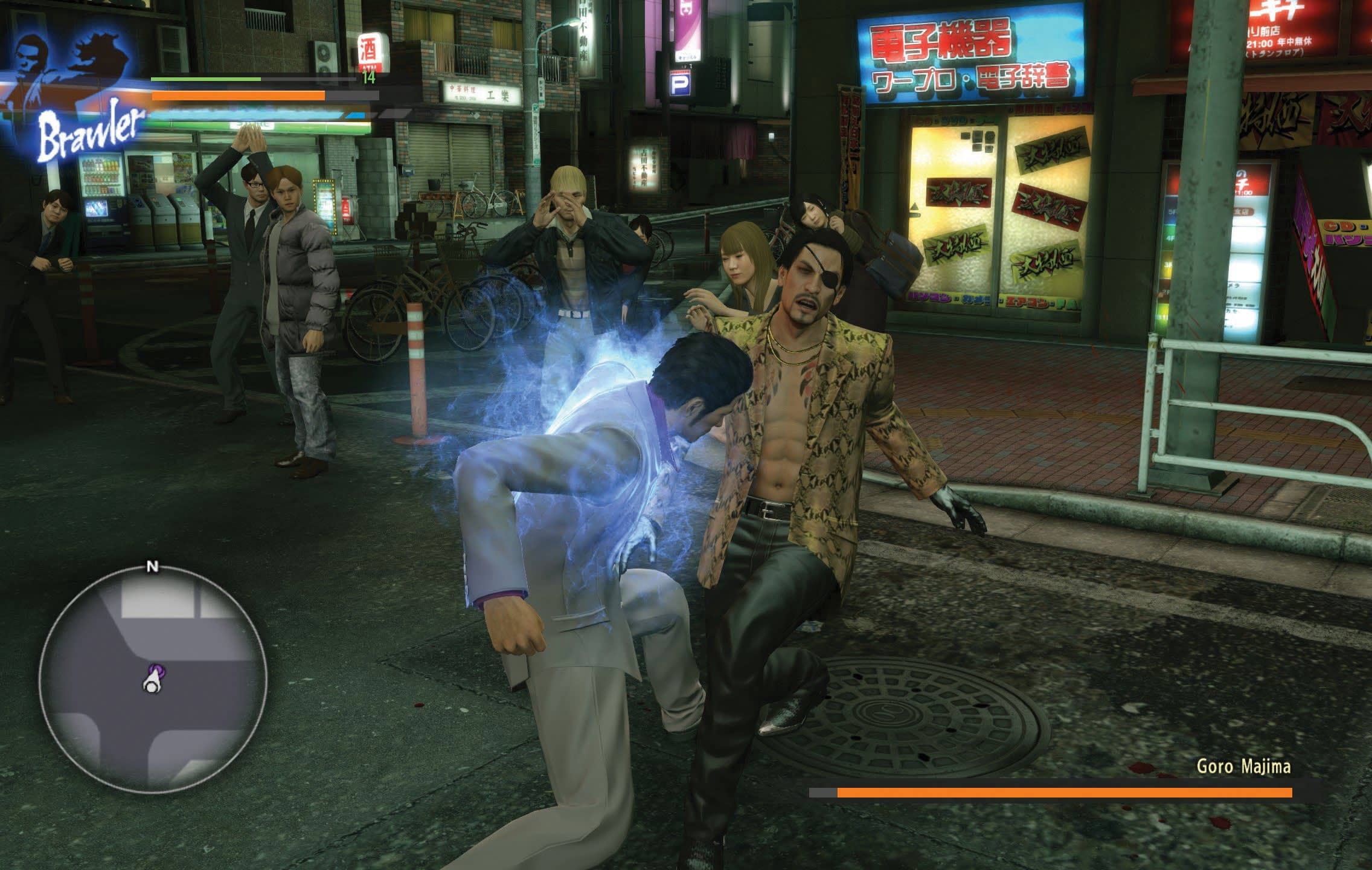 Welcome back to Kamurocho, the city district where nearly every problem can be solved by punching. A conman tries to scam you out of money? You can punch your way through that. A retired judo pro requests a tour of local nightlife? Yet more punching. An eccentric gangster engineers a series of increasingly elaborate attacks in an attempt to provoke you into fighting him? You get the idea.

Your oath brother murders the head of your crime family? That’s a slightly trickier problem to solve. Instead, series protagonist Kazuma Kiryu decides to take the fall, resulting in a ten-year prison sentence and his expulsion from the Tojo Clan. Kiryu returns to Kamurocho in 2005, only to learn that Nishikiyama—the man he willingly gave up a decade of his freedom for—has betrayed the clan, triggering a desperate battle for leadership. This, too, is a problem that can be solved by punching. A lot of punching spread over many hours.