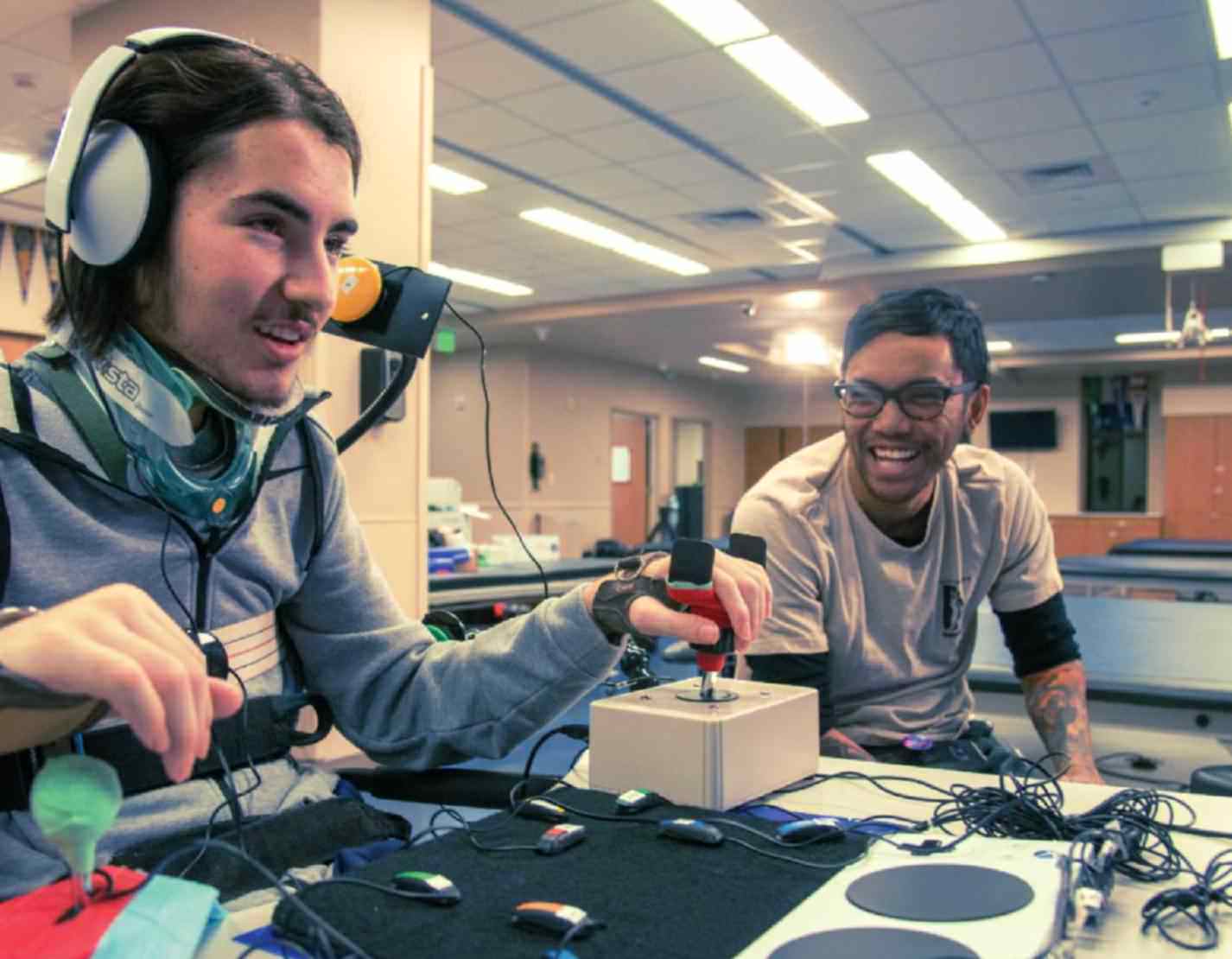 Peripherals that make games inclusive for gamers with disabilities.

The question of video game accessibility is nothing new to people who have been gaming with disabilities. The lack of options, such as subtitles, adjustable font size, colorblind mode, varying difficulty options, and button remapping, have long been barriers in games. Devs have become increasingly responsive in designing inclusive games, but hardware has always been an issue. Thankfully, times are changing.

The Tobii Eye Tracker is a peripheral which uses eye movement to control certain aspects of gaming and computer navigation. With this piece of hardware, you can use your gaze to turn the camera, target enemies and perform other tasks with which many gamers with disabilities struggle.

Options for using eye-tracking hardware are being added to more games as it continues to grow as an input source. Final Fantasy XV, Far Cry 5, and Assassin’s Creed Origins are just a few of the titles to add support for this technology.

Perhaps the biggest milestone is the addition of free software developed by Special Effect, an organization that supports gamers with disabilities, to help many people who could not enjoy Minecraft since it relied heavily on the use of controller or keyboard inputs. Its software, called EyeMine, allows gamers to play Minecraft using only the movement of their eyes. By letting the player gaze at onscreen buttons which control every aspect of the game, the game no longer relies on physical movements that players with some disabilities are unable to make.

While software and peripherals can help overcome accessibility issues, a standard gaming controller has little to offer in terms of options. Accessible controllers and control schemes are vital in making sure gaming is for everyone, and a few companies have tried to deliver.