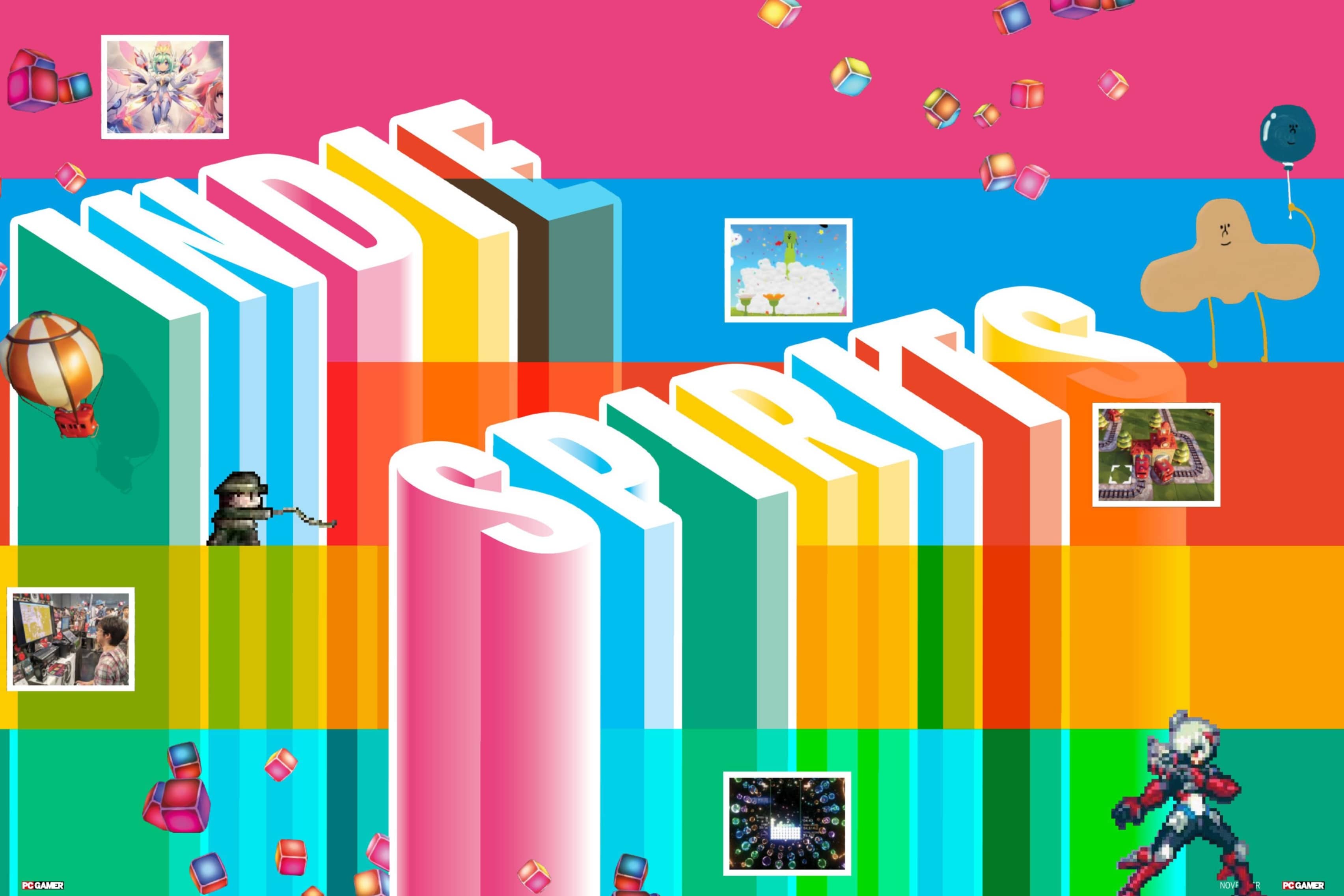 Seven days in Japan. One indie festival. Five stories about Japanese PC gaming in 2019, where it’s going next, and why our salvation lies with a dancing poop.

First stop: ENHANCE GAMES, to talk TETRIS EFFECT and sit in a chair made of speakers.

It’s the hottest day of the year in Tokyo, and Tetsuya Mizuguchi is wearing shorts. The creator of Rez and Lumines has an office for Enhance Games in trendy Shibuya, the full-body Rez VR synesthesia suit standing just inside the door like the world’s most intense mannequin. The office suits him—the room is a hodgepodge of half a dozen desks as casual as he is now, but an unassuming wall panel opens up like an I-shit-you-not secret door to a couple more rooms. One of them is dedicated to The Chair.

I’ve just pounded two bottles of cold green tea, one to stave off jetlag, and the second to restore some of the fluid I’ve sweated out in the summer heat when Enhance Games’ Mark MacDonald tells me I’ve got to try The Chair. I’m here to see Tetris Effect on PC, but who can pass up the opportunity to experience something that sounds like a medieval torture device?

The Chair, it turns out, is Mizuguchi’s latest experiment with synesthesia, a delicately arranged collection of 44 subwoofers that you lie on, while two speakers pointed at your head produce music and sound. The subwoofers vibrate along in a pattern meant to evoke something as you lie there in the dark. 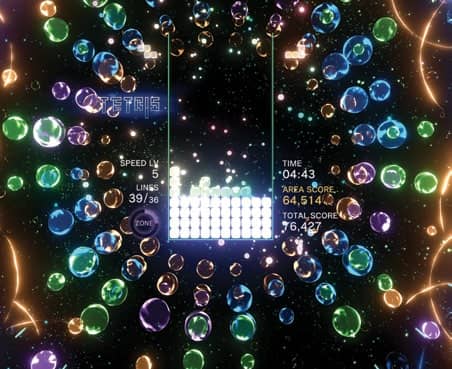 Tension, relaxation, caffeine-fueled excitement, different feelings as it runs through a complex sequence of sounds and vibrations. Towards the end as the sound crescendos, my brain starts conjuring up imaginary action scenes that make me ask Mizuguchi whether he plans to add a visual component. It could be an incredible VR experience, but my mind was already doing a good job of filling in the gaps.

“Right now it’s just sound, and we have a lot of people who come in who feel like they’re not missing anything,” says Mizuguchi. “But I really want to make the answer to that, which is something that once you see it, you’re like ‘oh my god. I can’t imagine that this was just sound’.” 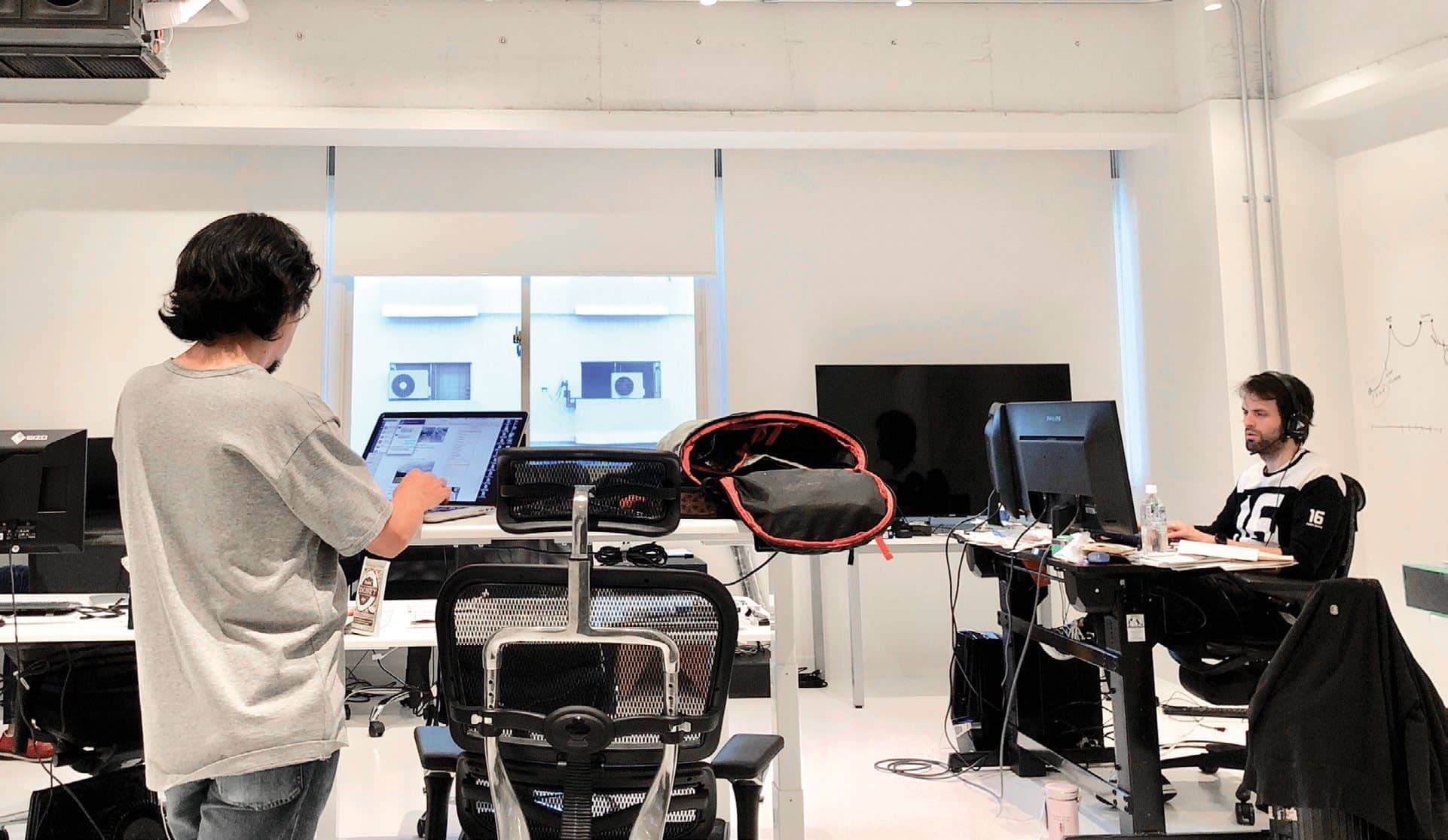 With the Tetris Effect, Mizuguchi paired his interest in synesthesia with a more traditional game. You play it with a controller, on a TV, or on a VR headset, much like Rez or

Lumines. But he says his interests looking forward are in augmented reality and mixed reality, real physical interactions that can be changed or heightened.

MacDonald points out this isn’t exactly new for Miz, though—when he first joined Sega in the 90s he worked on the arcade game Sega Rally Special Stage, which put players in an actual Toyota on pneumatics that simulated motion. “He was always trying to push the physical, engaging your other senses. I see that as a real throughline of his career,” he says.

However ambitious Mizuguchi’s experiments get, I don’t think we’ve seen the last of his games on PC. The PC version of Tetris Effect is easily the definitive one, especially on a high fidelity headset like the new Rift, Vive Pro, or Valve Index. All the little knobs they turn with more power go a long way: Uncapped resolution and framerate, and most importantly more shifting and dancing clusters of light, which transform Tetris into something more profound.

“Saying ‘more particles!’ is normally like ‘so what, who cares?’,” Mizuguchi says.

“But in this game, because the particles are reacting to the music and what you’re doing, it actually adds to the overall emotion. It’s not just a visual thing like ‘oh that looks better’. When I play it, that’s something that I notice immediately. It’s more particles, but what that ends up resulting in is a greater feeling while you’re playing it.”

Mizuguchi says he sees Tetris Effect as a “proof of concept” that they were able to use technology to change how we perceive a game akin to a “common language”.

“What I think we were able to do with Tetris Effect is that, without changing too many of the fundamental gameplay mechanics, we were able to make this kind of new experience. So it is an interesting thought: Could this be transferred to other things?

“[Could we] similarly transform them into something new or exciting or more emotionally resonating? So yeah, whether or not we will do that, or that will come to pass, I can’t really say. But it’s definitely something that is possible. Something we think about.” 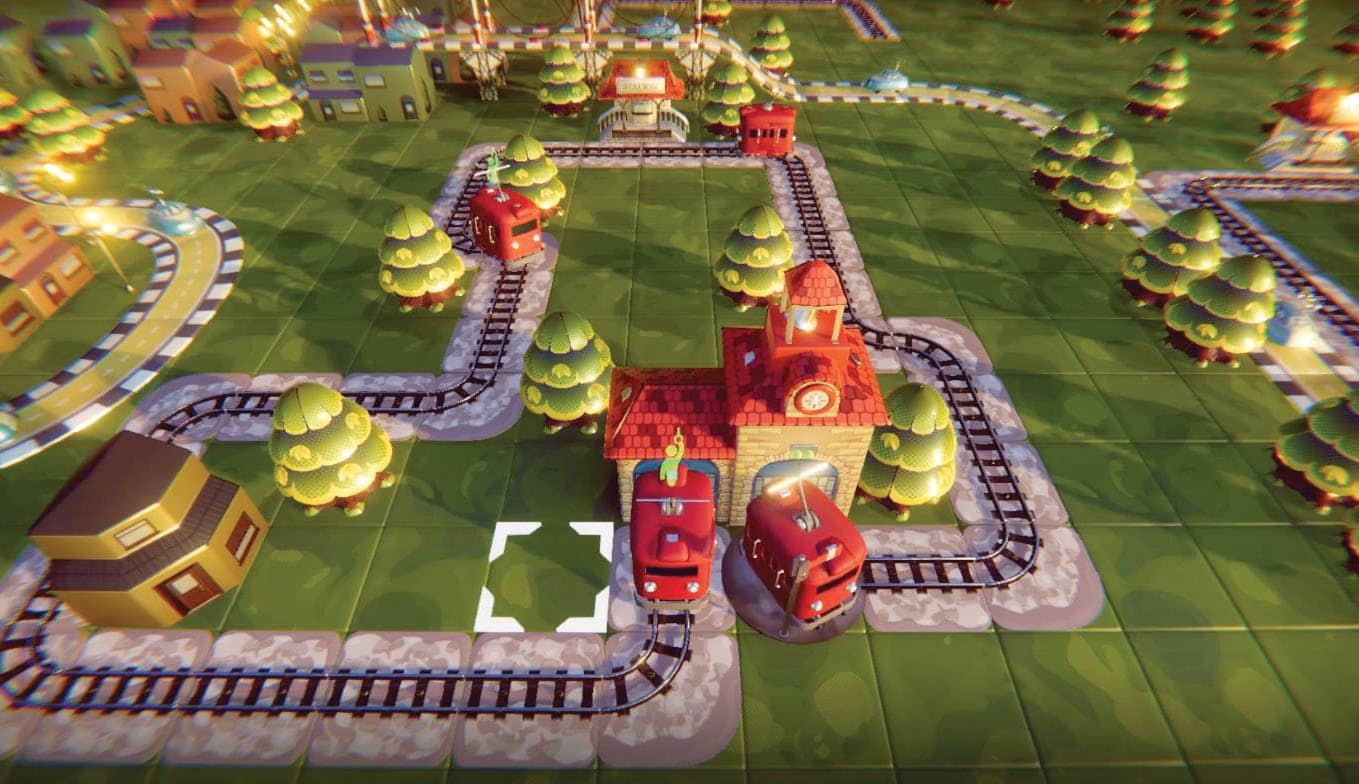 In the heart of Nintendo country, KYOTO’s beauty draws in western indie devs to plant their flag.

A few hours on the Shinkansen from Tokyo, and you’ve left behind a city of 14 million people and the bulk of Japan’s big game studios. But what Kyoto lacks in size it makes up for in heart and history. This is the home of Nintendo, a neighbor of Capcom’s Osaka, and the capital of Japan for a thousand years. Take a 20-minute stroll from Nintendo’s headquarters, and you’ll be at the foot of the Fushimi Inari shrine, built about 500 years ago.

History lives comfortably side-by-side with modern business, and the utterly relaxed, contemplative atmosphere that it gives Kyoto is probably why it’s home to Japan’s most prominent indie studios funded by foreigners. Once you’re there, it’s simply hard to leave.

“Greatest city in the world,” says Mark Lentz, who does PR and sound design for Q-Games, makers of the PixelJunk series. The studio, founded by former Star Fox programmer Dylan Cuthbert, has been in Kyoto for nearly 20 years. The younger 17-Bit, founded by Sega veteran Jake Kazdal, has only been in Kyoto since 2014, but they’ve found their home. Literally—the studio is set up in a sun-soaked house on a quiet residential street, which takes me past gaggles of seven-year-olds walking home from school in adorable hats and uniforms. 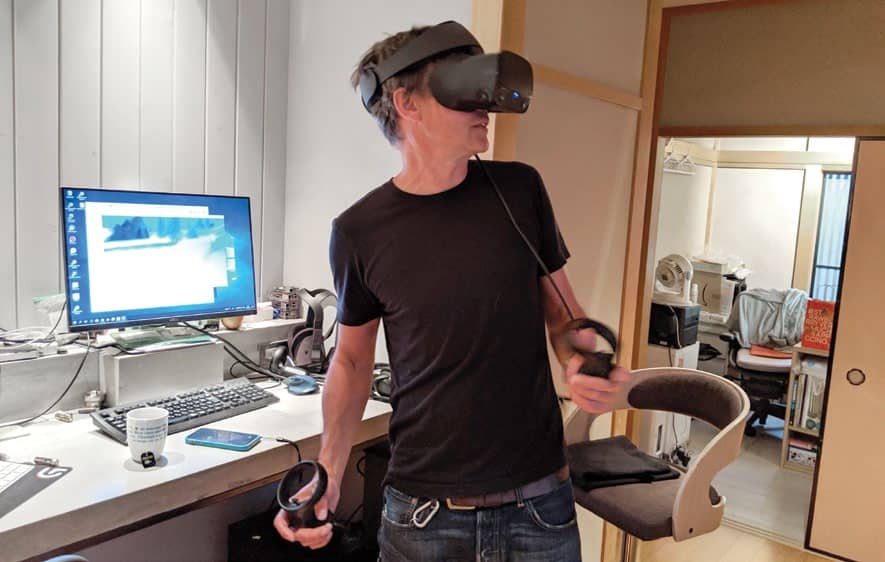 “Having access to all of the amazing natural beauty around here has been super inspiring,” says Kazdal. 17-Bit’s next game, after 2015’s underrated roguelike Galak-Z, is still under wraps, but Kazdal will tell me it’s set in the woods and built in Unreal Engine 4.