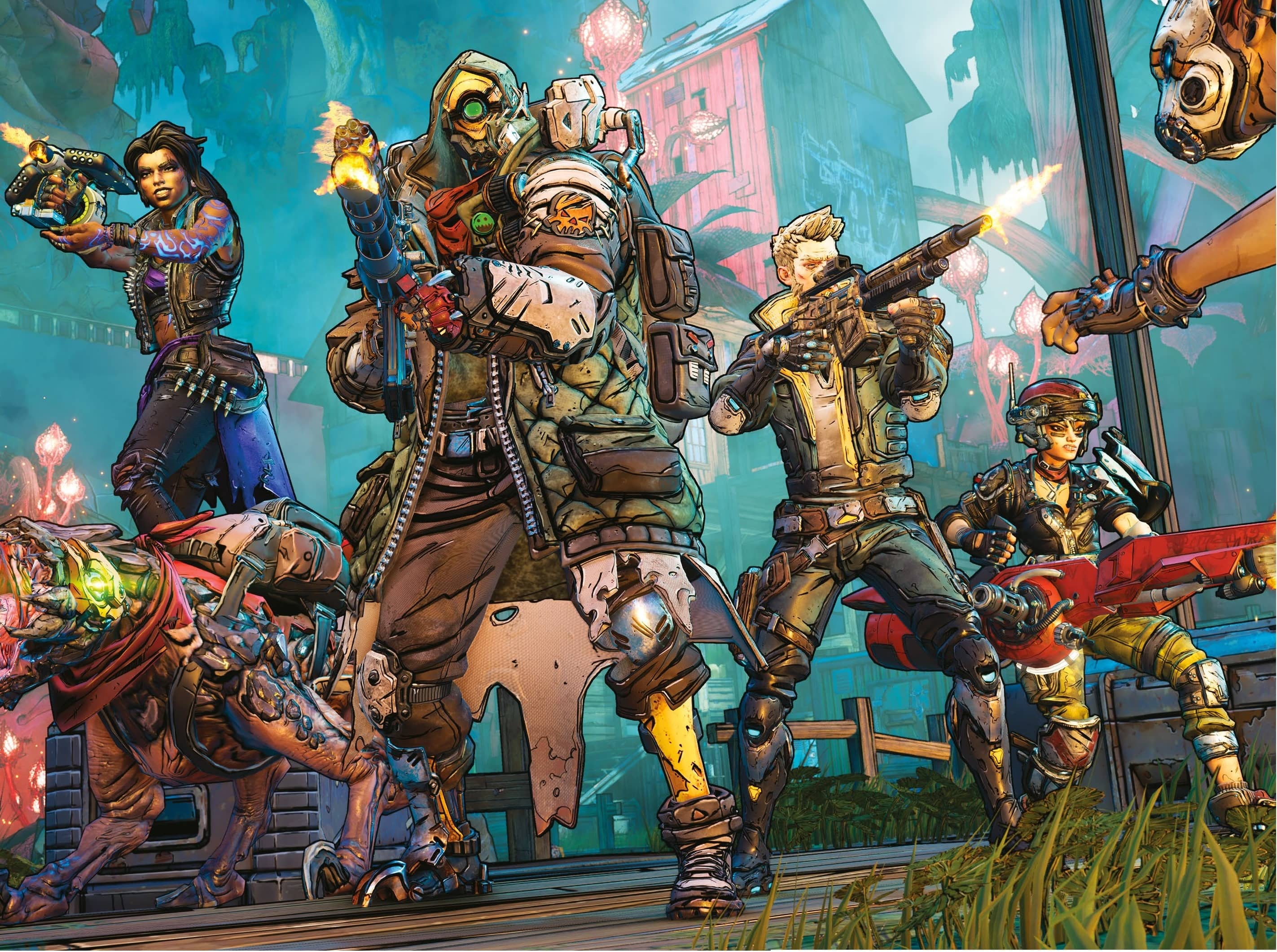 With so many great games competing for our time, how do you keep gamers locking and loading? Gearbox’s looter-shooter, Borderlands 3, knows how…

Sometimes, the work never ends. You know, the good work you do every day, like blasting cultists in the face and reducing Maliwan mercs to piles of steaming skag bile. Some Xbox games are done-with after a mere few hours, and that’s fine, but at the other end of the spectrum is a game like Borderlands 3. Gearbox’s shooter loosely falls into the MMO/games-as-a-service sandbox, and happily it just keeps on giving.

As anyone who has played any of the entries in the FPS series knows, Borderlands’ addictive looter-shooter grind, wicked sense of humour, RPG depth and visually stunning art style have kept players happily locking and loading those billion-odd gun combos for over a decade now.

But in 2020, how do you keep Xbox gamers engaged, in an age when there is simply so much competing for our precious time? For Borderlands 3, the game’s size and scope, (bazillions of guns… wait, what?), deep progression elements and play style options help. The series’ imaginative lore and loudly colourful characters have always been a hit with players, too, and the threequel certainly keeps things nicely crazy. But not only is Borderlands 3 an Xbox One beaut, it’s also a fan-service triumph. That so many gamers are still in love with Borderlands is due in no small amount to developer Gearbox’s continued commitment to servicing the franchise, with chunky content drops promised for single-player campaign chapters, seasonal updates like the recent Bloody Harvest event, and challenging free updates such as the Takedown At The Maliwan Blacksite raid for veteran players all planned this year.

Between the three mainline series entries, Borderlands: The Pre-Sequel and the Telltale Games’ episodic graphic adventure series Tales From The Borderlands, Gearbox has plenty to draw from when it comes to expanding the game’s content – there’s clearly a lot of scope for exploring the series’ rich, imaginative narrative, and bringing great characters we’ve met before back for some more fun – which is exactly what the studio has just done with the game’s first campaign DLC drop, Moxxi’s Heist Of The Handsome Jackpot, which landed in December last year.

With all this in mind, OXM caught up with Chris Brock, managing producer at Gearbox, to find out the secret of continued player engagement, and how the company plans to keep Borderlands 3 players happily looting and shooting throughout 2020 with an exciting roadmap for new content.