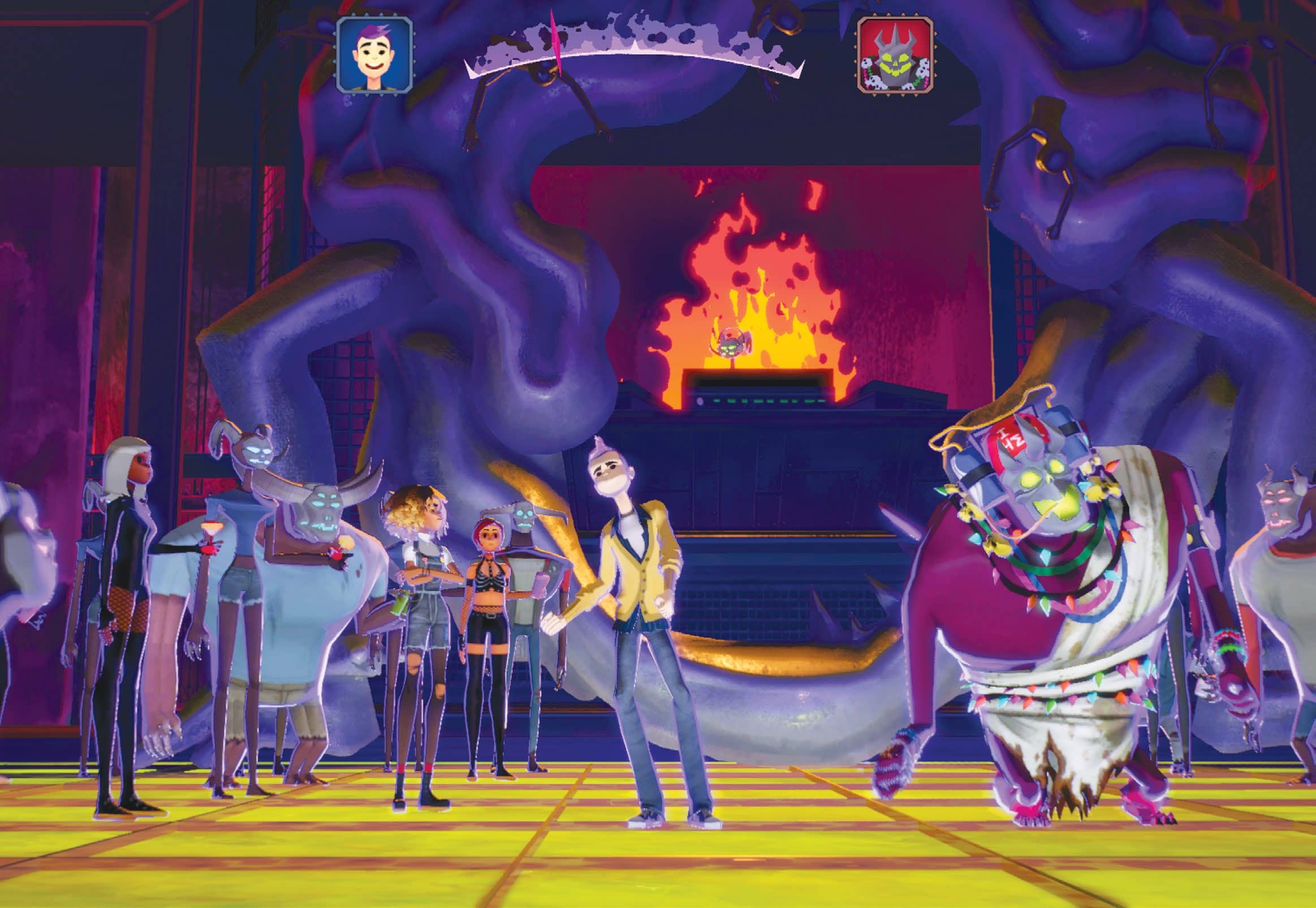 Come for the drinks, stay for all eternity

The first sound you hear on starting up Afterparty is the blast of an airhorn. You know: PNEW-PNEW-PNEWWW, like an obnoxious DJ trying to cattle-prod a dance floor into life. This noise is, as far as we’re concerned, a pretty appropriate way of signalling that you have arrived in Hell – especially for the club-night-gone-wrong vision of the afterlife that’s being presented here.

You play as Milo and Lola, two best friends so close that they not only died at the same time, but have been condemned to eternal damnation together. So close, in fact, that the game’s controls hardly discriminate between them at all. One minute you’re strolling around as Lola, before pulling the trigger to make Milo neck a cocktail, and then choosing a line of dialogue which, to your surprise, comes out of Lola’s mouth.

How exactly the pair died, or what exactly they did to land them in the Bad Place, isn’t clear at first. What you do know is that they don’t want to be there and that, thanks to a loophole in the rules of the afterlife, they might be able to leave it behind. You know those stories about playing a game of chess (or Twister) against the Grim Reaper for your soul? Afterparty’s equivalent of that is a drinking contest with the devil. Prove you can party harder than Satan himself, and you’re free to go back to Earth.

Drink your way through the inferno and beat the devil. A normal Saturday night, then.