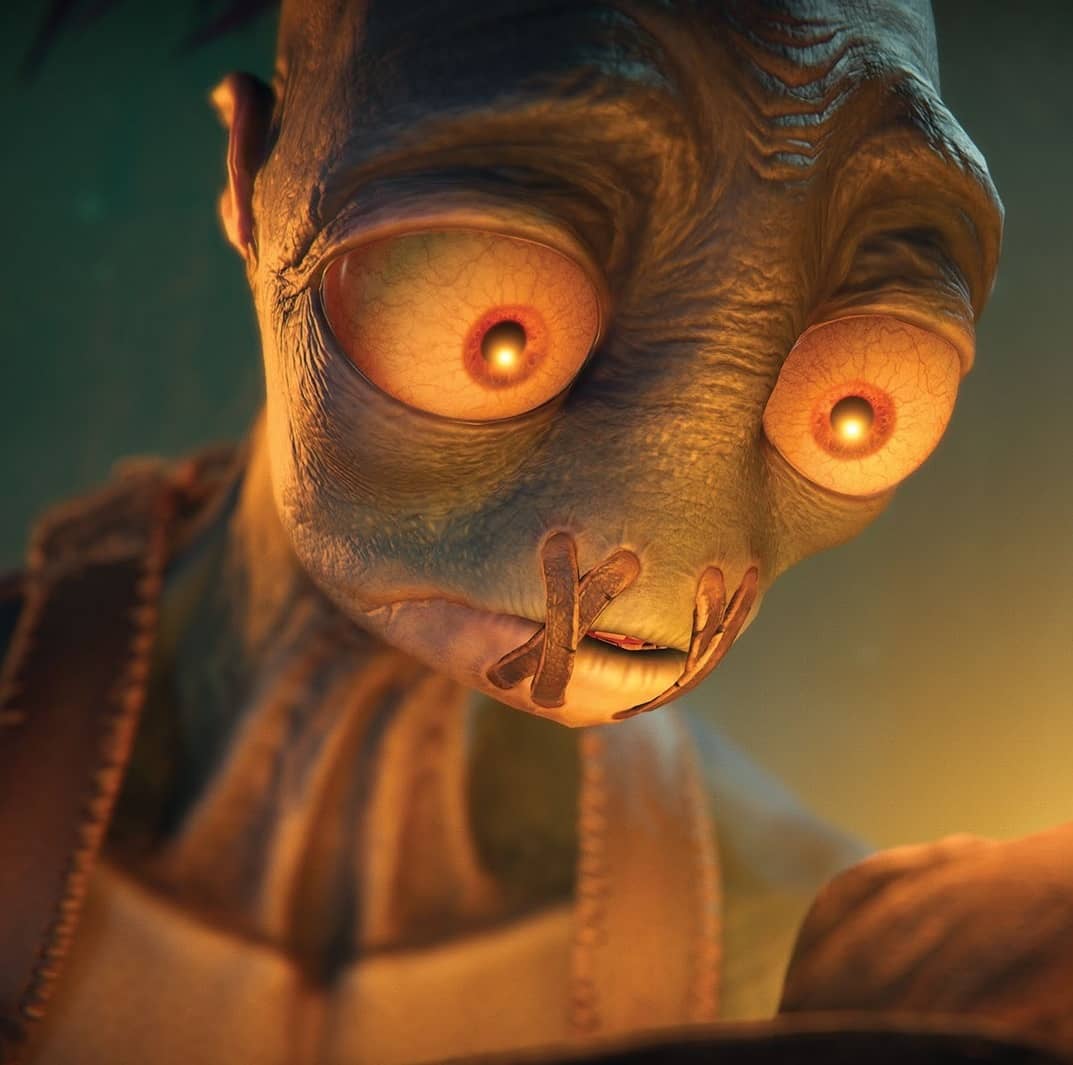 Weird and wonderful for a new generation

01 Some of the best sentences in chats about a next-gen console start with ‘I’m not sure how much I can say,’ so our ears prick up when Oddworld creator Lorne Lanning says something along those lines. As Oddworld has always had a social element to it, we’re asking him for his thoughts on how games have become increasingly social – both mechanically and as virtual spaces where we hang out.

Our conversation quickly turns to what PlayStation 5 makes possible and he says, “Before we’d say, ‘Okay, I’m playing my console game…’ And there’s connectivity and there’s friends, sharing of stats and stuff like this, but a lot of it, you’re still going to the web to engage in the discussion. […] I think we’re going to see in this generation a lot more of that interlaced, where you’re not leaving the console as much to go get the other data. […] It’ll be really interesting to see how much the audience takes to it and what they do with it, and what developers do with it.” 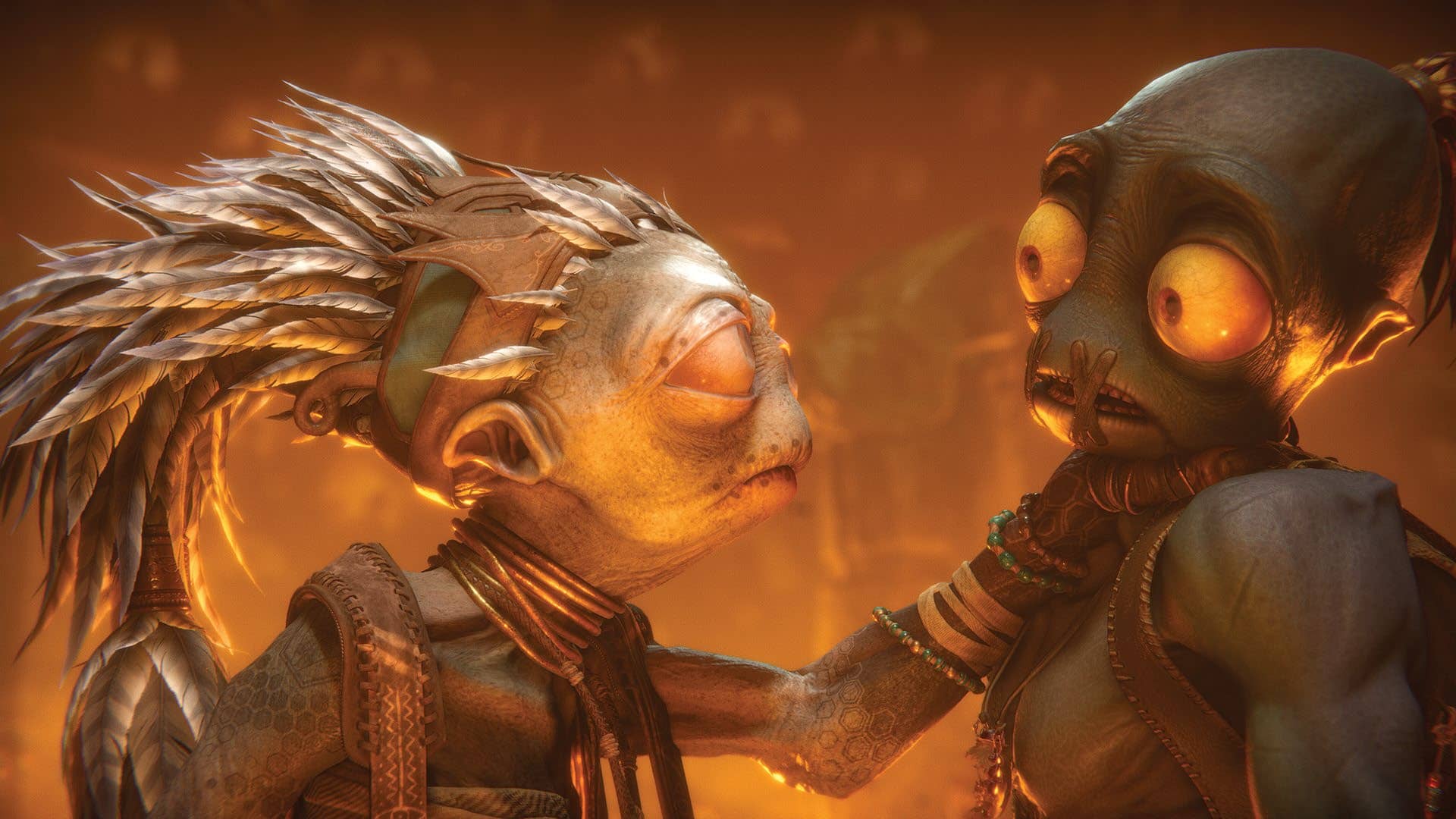 Earlier in our conversation, Lanning had told us, “[To] get into the sharing capabilities, the social stuff that’s been built into PS5 – I’m still not sure about how much I can really talk about […] I want to be careful, but they’re doing a lot more things that are like, enabling you to sort of open your experience a little wider to your […] human network of people that you’re connected with.”

Lanning elaborates on this comment, “[There are] ways that it’s enabling, sort of helping [with], problems that you might be having in the game, more intelligent monitoring of people having difficulty and – I wouldn’t say AI-level, but it’s kind of smart things that are going on. Like, ‘if you take advantage of this new feature, you’ll be able to help your players where they normally get stuck in this way.’ And so there are some really clever things going on there that involve this sort of extension into other networks, other people, other points of feedback and giving people more information on how to play the game better, how other people might play or solve these problems.” 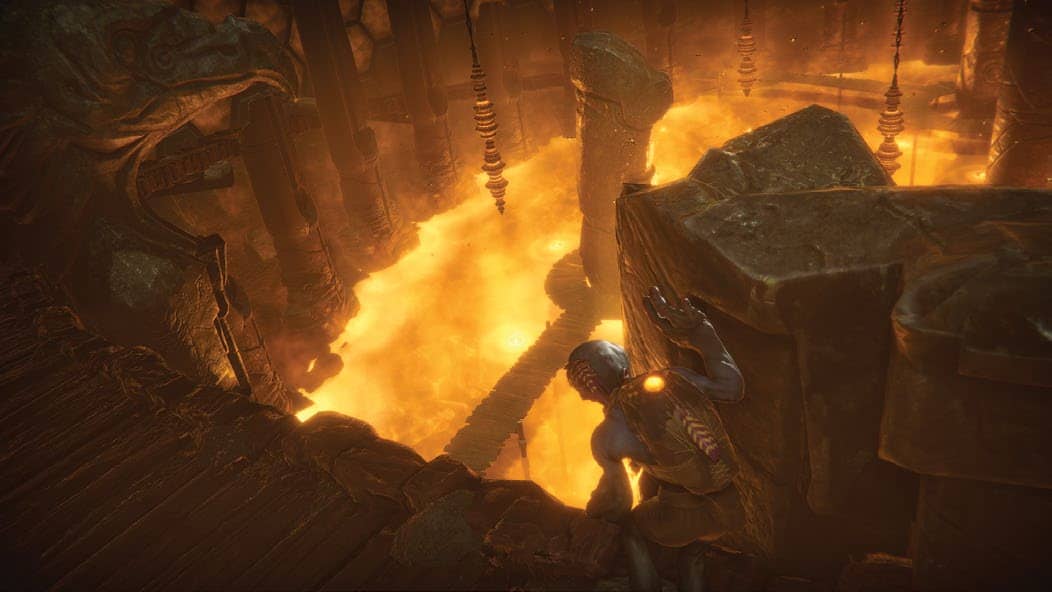 DON’T BE A STRANGER

“We’re still a little old school […] we’re doing a largely single-player story game that stays true to the position of infinite lives and [no official co-op mode beyond swapping the controller between you],” Lanning tells us, as he reflects on our increasingly connected modern lives.

But despite that traditional approach, Soulstorm will still be a thoroughly social experience, or, as Lanning describes it, “Let’s say socially stimulating.” 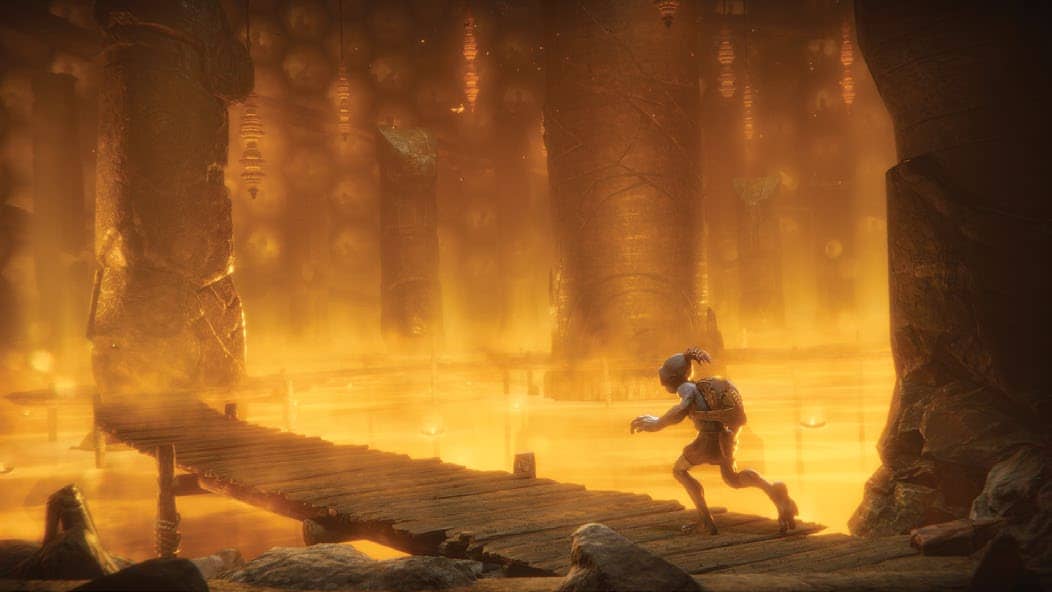 He says, “One of the things we’ve always done in our games is we’ve tried to make it so that people watching […] get engaged with the play that they’re watching. And what you also notice is that’s really hard in first-person shooters. For someone who doesn’t actively play the game it’s really hard to tell what’s going on, right? As [the] camera’s all over the place.” 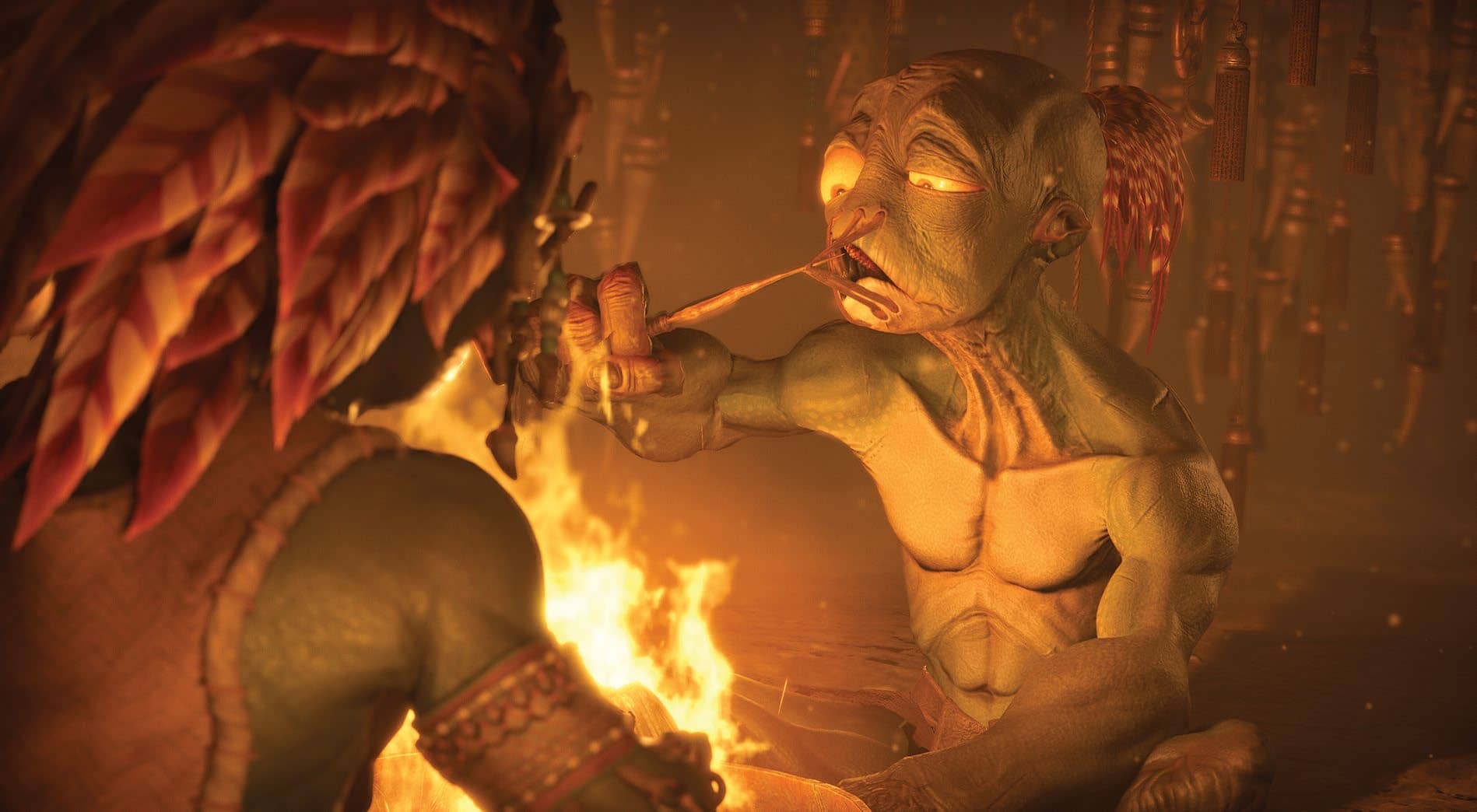 Lanning explains to us how the sense of a journey in games, such as The Last Guardian, is a big part of the experience and is something Oddworld has always excelled at. It’s not just the continuous action, the upgrading and busywork of playing between moments of story, but that sense of pushing forwards, that’s important to the dev. “You’re watching an experience unfold that not only the player but anyone watching the player, can sort of participate in,” adds Lanning as he explains the social draw of Oddworld. 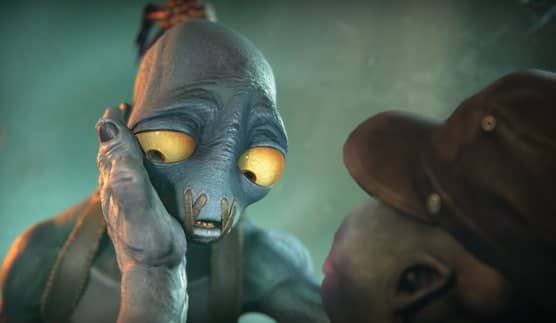 What about next-gen visuals? “The trend is ‘Get Closer.’ Have every pore in the face, you know, try and break the uncanny valley. Really show those details, you know, sports, basketball games now do that. […] but for us, it was like, well, let’s take advantage of that and have the characters getting smaller,” Lanning says, “And let’s put it more in that epic world and let’s bring up the world more. And let’s try to make it so if you’re watching it play it still feels like, you know, if your siblings are there, other people are there, you still feel like you’re watching a little bit more of a sort of an engaging movie experience, as opposed to just a challenging Twitch experience [that’s] good for the gamer but harder to watch for others. And in that respect, it was like we always felt that we were trying to accommodate the spectator.” 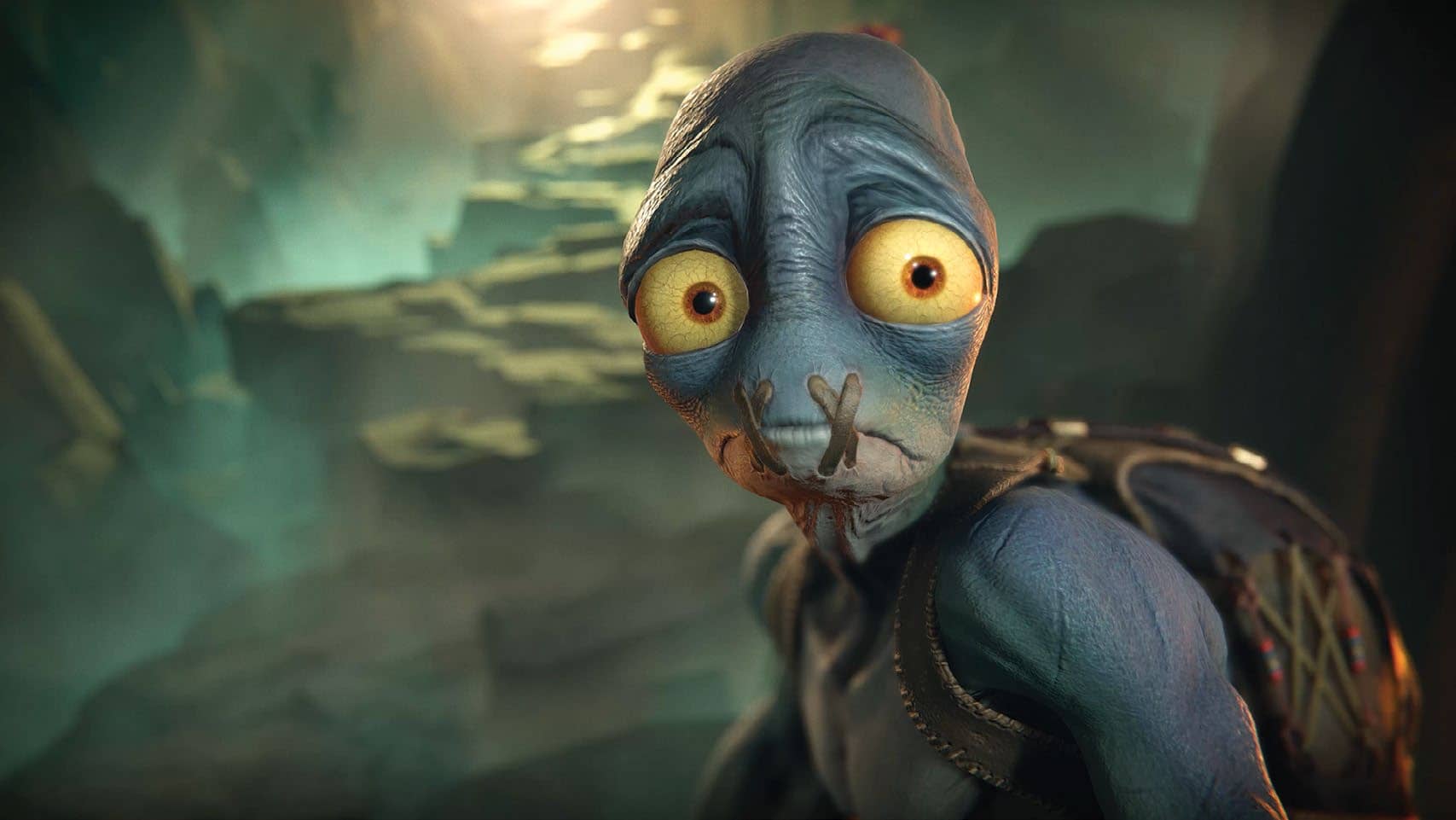 He later tells us, “We put a lot more attention into the camera system this time, so that it could feel more like ‘Wow, this place is just big, man.”

Lanning concludes, “In accommodating the spectator, it becomes sort of – even though [only] one person might have their hands on the controls – it becomes a little bit more of a team sport. ‘No, don’t go over there! Last time, remember what happened when you went over there?’ And that’s hard to say if someone’s, you know, playing like a POV game that’s moving really fast.” 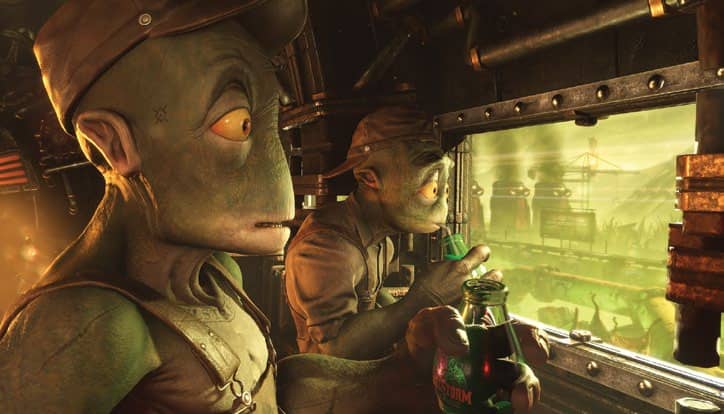 Soulstorm maintains the comedic tone that made the early Oddworld games such a great group experience, though it will be a darker chapter for Abe than anything the beleaguered Mudokon’s been through before.

“Almost everyone [was] like, ‘Wow, that’s really dark’ [in response to the PS5 trailer],” Lanning tells us, before rubbing his beard and laughing excitedly, “I was like, ‘Oh, wow, they think this is dark. Wait until we really get into this one.’” 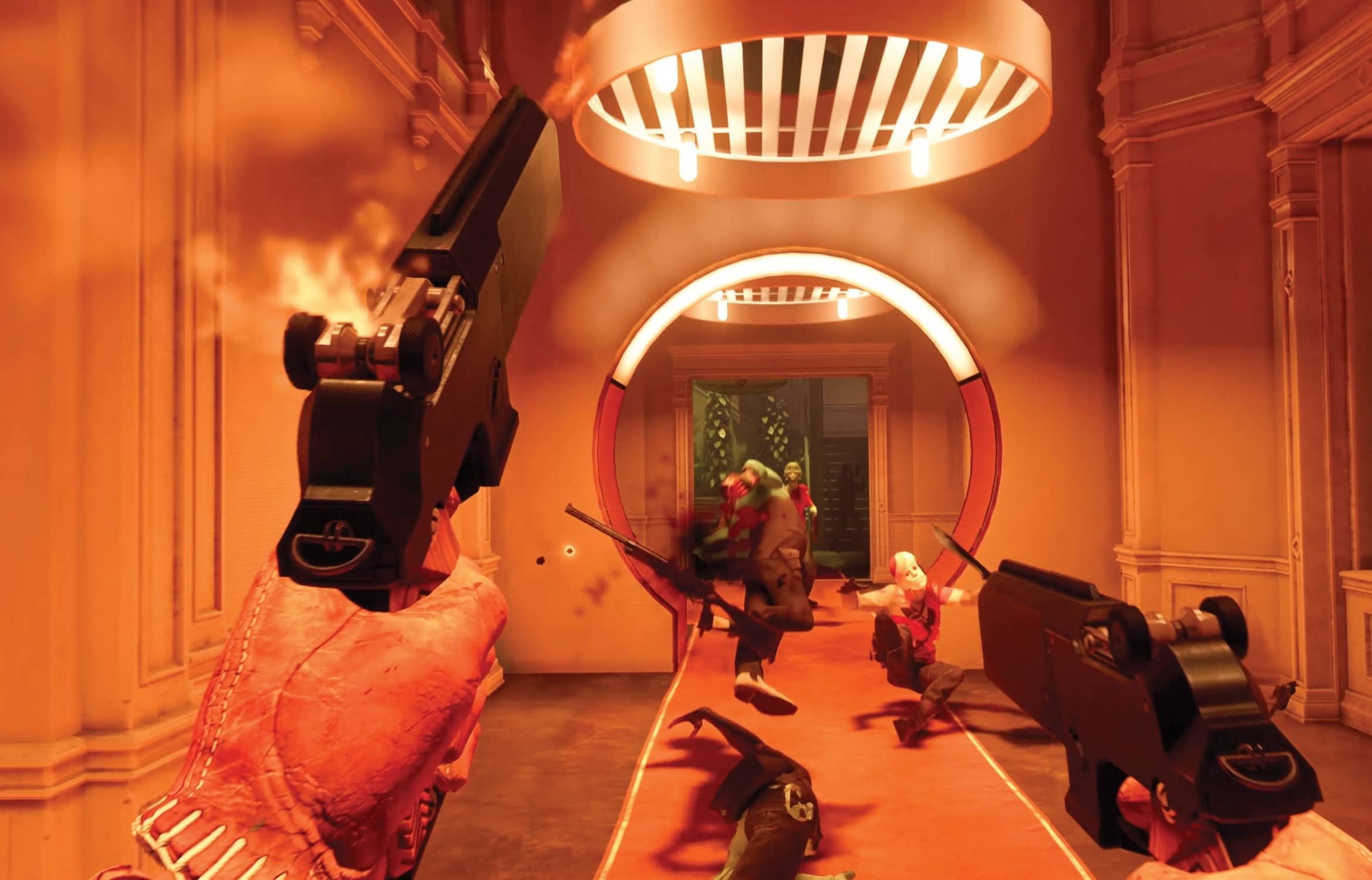 Death loop has you shooting on repeat

Spinning you round, round, like a PS5 disc, baby

02 Two assassins are trapped on mysterious Blackreef Island, where time loops, repeating the same day over and over again. If you’ve even the slightest familiarity with games (and you‘re an expert, right?) you know they often have a loop of death and retrying as you progress. Well, in Deathloop, Arkane is baking that into the game’s very structure.

Playing as Colt, you’re trying to escape the island and bring an end to the time loop. To do so you must explore Blackreef and take out eight targets before the day resets. All the while, you have to watch out for Julianna, a rival assassin who wants the time loop to stay in place. While Julianna can be an AI-controlled hunter, it’s also possible for other players to control her through online multiplayer, hopping into other people’s games to try to foil them, directly altering someone else’s dying/retrying cycle in what otherwise plays out as a solo game.

Despite the Groundhog Day-style repetition, it’s been important to Arkane not to make you feel under time pressure. You can take the opportunity to explore your surroundings if you want. The activity builds on Dishonored’s systems, allowing you to mix supernatural powers with a variety of weapons as you tackle challenges the way you prefer – whether that’s going stealthy or taking a more gung-ho approach. It’s intended not to reward speedier play, but to make you think about how you’re progressing.

The game also isn’t a roguelike. You’re not trying to ‘one and done’ Colt’s goal of stopping the time loop. As the story progresses you reach certain points where you discover things about the island, and learn how particular aspects of it work, which can then inform what you do during the next loop. It remains to be seen how malleable story progression will be, but it definitely seems like you’re guided along narrative threads that will expand the way you interact with Blackreef beyond just trying and trying again. The day might be repeating, but you’ll have new goals when you set out, head to new areas, and face fresh challenges.