THE LORD OF THE RINGS: GOLLUM 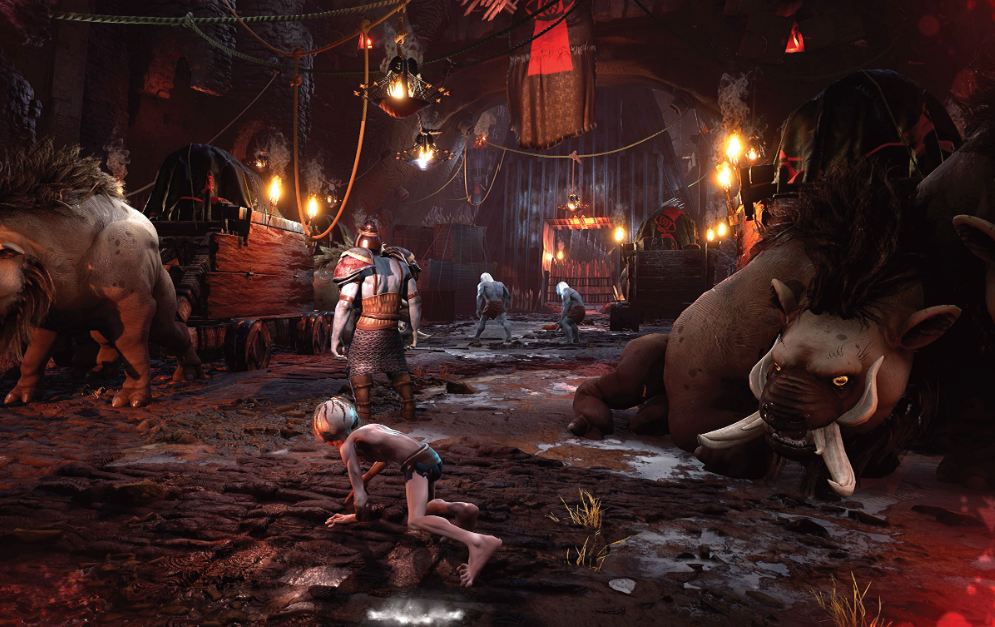 Give it to us raw and wriggling!

Give it to us raw and wriggling!

We’ve now had our first look at German developer Daedalic’s take on Gollum. The studio’s interpretation of the warped ring bearer has ended up looking a little closer to the Peter Jackson incarnation than early interviews suggested, but that’s not to say that there’ll be no surprises in store with this version of Tolkien’s iconic, jewellery obsessed character.

Senior producer Kai Fiebig has previously said the team doesn’t want to disappoint those who’ve only seen the films. However, this developer is approaching things from a different angle, referencing the many complex storytelling opportunities presented by games compared to films.

As a character Gollum is uniquely complex and demanding for audiences and readers. He’s a character who we can feel affection for but in the same scene, the same breath, he can reveal a devious side that instils fear and distrust. The developer is aiming to convey this duality in its portrayal – and we’ll be playing through it.

Eking out a miserable existence over the course of centuries thanks to the ring’s terrible power, it’s not hard to imagine why the transformed Hobbit has not been placed in the role of protagonist before now. Nonetheless, Gollum, one of Middle-earth’s most wretched inhabitants, presents a challenge that the developer was keen to take on.

STUCK IN THE MIDDLE

Away from the fellowship, Gollum will show players a darker side of Middle-earth – often literally. Early screens reveal dense cave systems and shadowy stealth, but there are glimpses of a lush world above ground too.