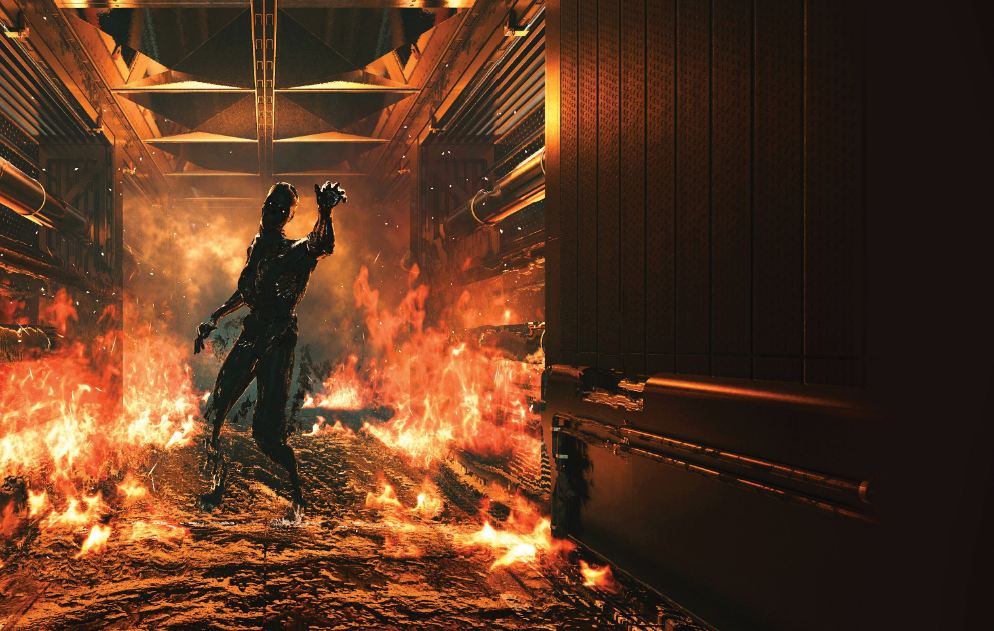 Horror gets a taste of fighting fire with fire

We’ve seen it before. Something’s gone wrong in a futuristic facility, unleashing horror, and you have to go in to sort it out. But rarely do you play a first responder, someone who realistically would have to jump into the situation with the aim of saving lives. Quantum Error’s unique aspect is that you play as a firefighter, and it could be the thing that sets it apart from its survival horror peers. “Garboa Fire District is called in as mutual aid to the Monad facility following a terrorist attack,” explains TeamKill’s Micah Jones. “The Monad firefighters have all been killed in the attack and the fire is out of control. […] Your mission is to save any survivors, not the facility.” But, of course, things start to go wrong from there as you discover the gruesome experiments within. Soon enough you have to try to save your partner’s life and stop the encroaching threat that’s originating from within Monad.

“You are a firefighter thrown into a very sinister and unknown situation. There is the fear and driving force to save your partner, yet you are also in a situation you cannot control and have fallen into a much bigger otherworldly plot that you cannot stop,” says Jones. “You are plagued by the feeling that you need to stop what is happening but that you cannot.”

The role of firefighter wasn’t put in just for the sake of adding a twist. The developers had a genuine desire to see the heroic job represented. “Well, we are [at TeamKill] brothers and our dad was a firefighter and as kids we grew up spending many hours at the fire station and getting in fire trucks,” explains Jones. “It is a really cool job and we witnessed the fun all the guys had doing their job, the adrenaline rush, and the satisfaction when they helped others. We were like ‘Man, how has there not been a great game with the main character being a firefighter?’”