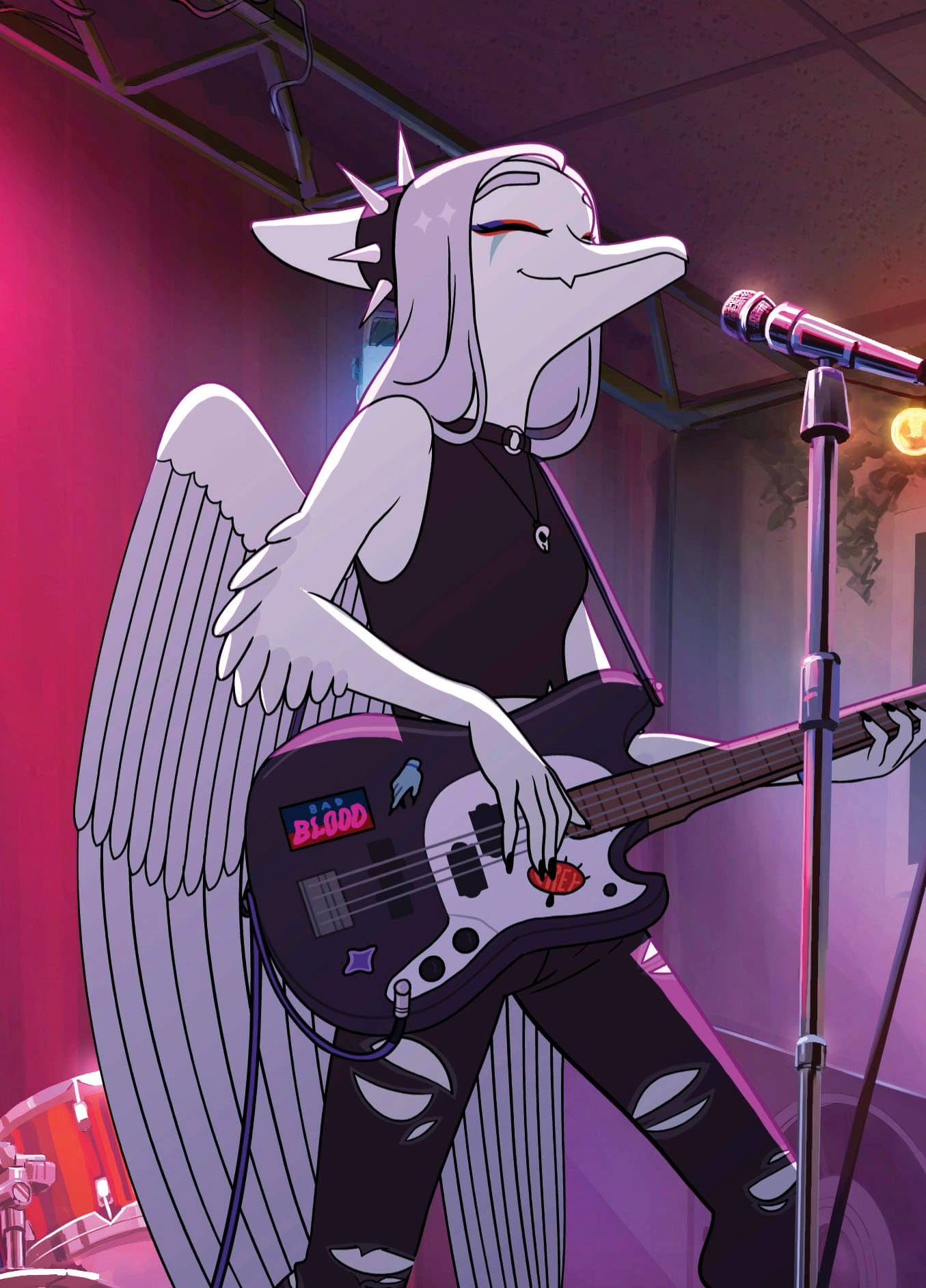 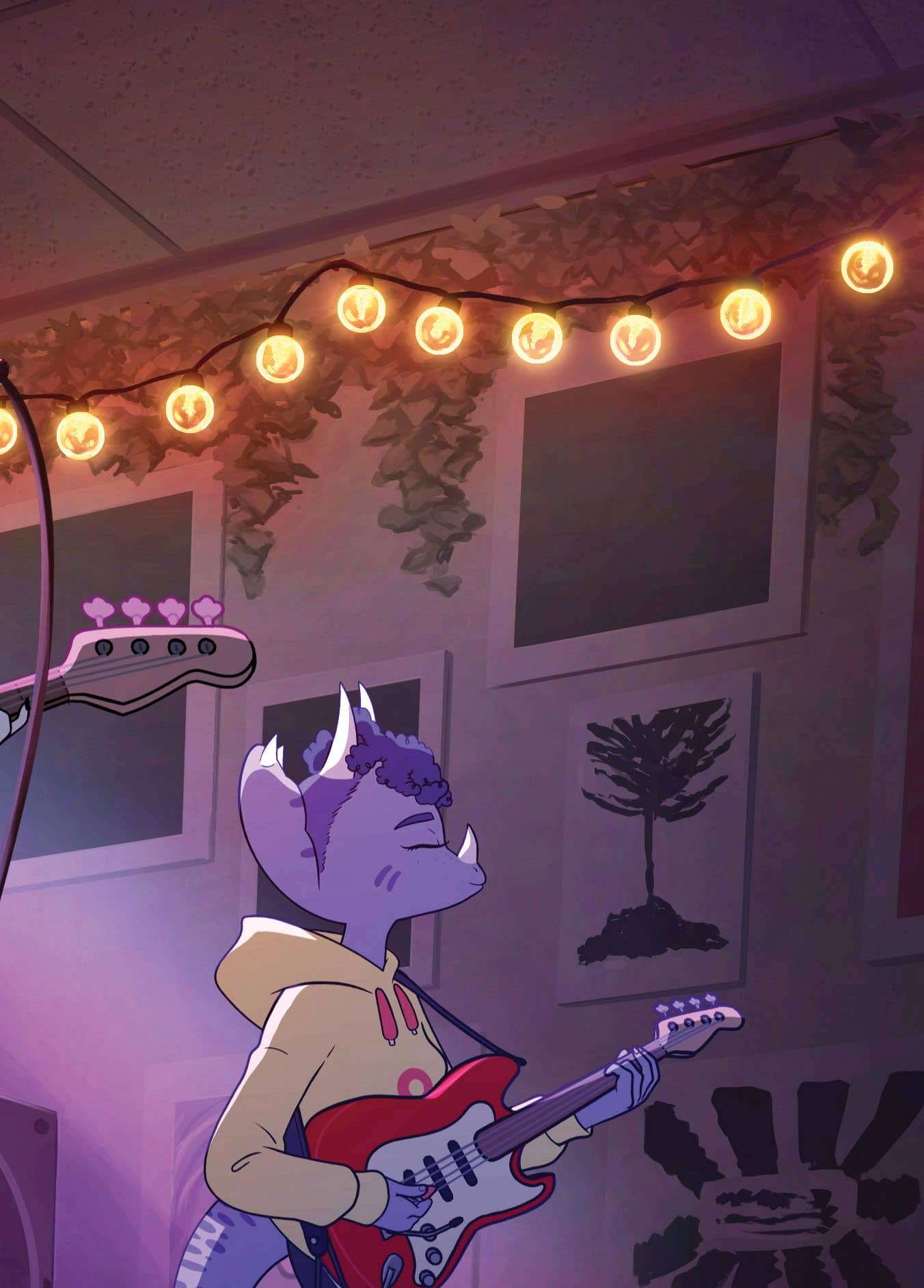 Talking with Goodbye Volcano High’s co-creative directors Saleem Dabbous and Kyle McKernan, we ask the obvious question: why dinosaurs? “Yeah. I mean, who doesn’t love dinosaurs?” Dabbous grins. As unusual as they are, the dinosaurs were there from the very beginning of a lengthy pre-production process.

“We wanted a world that reflected our own but also was its own thing and had fun references to non-humanistic elements [...] We also just wanted to make something different, something that people hadn’t seen and dinosaurs made a lot of sense.”

Dabbous adds, “We also thought that there was a very strong narrative hook with dinosaurs because… I think everyone knows what happened to the dinosaurs, right?”

McKernan jokes, “Wait, what happened to them?”

It seems a bit late to give you a spoiler warning...

McKernan later tells us, “Aesthetically, I think we knew immediately that our art director and character designer, Lucie [Viatgé] would be able to [...] take it in some really cool, colourful directions and make something really beautiful out of it. And as soon as we started seeing the character designs, we were like, ‘Okay, yeah, we really need to start pursuing this,’ because it just felt like such a complete, well-realised thing that we wanted to make.”

Like television shows such as Bojack Horseman and Tucca And Bertie, the KO_OP team obviously take artistic liberties.

“[Those shows] don’t try to stick to anything that’s scientifically accurate, obviously,” says Dabbous, “and that lets you pick and choose what you want from this thing and make it your own. To be able to take dinosaurs and make it our own is just such a cool thing that I’ve always wanted to do.” 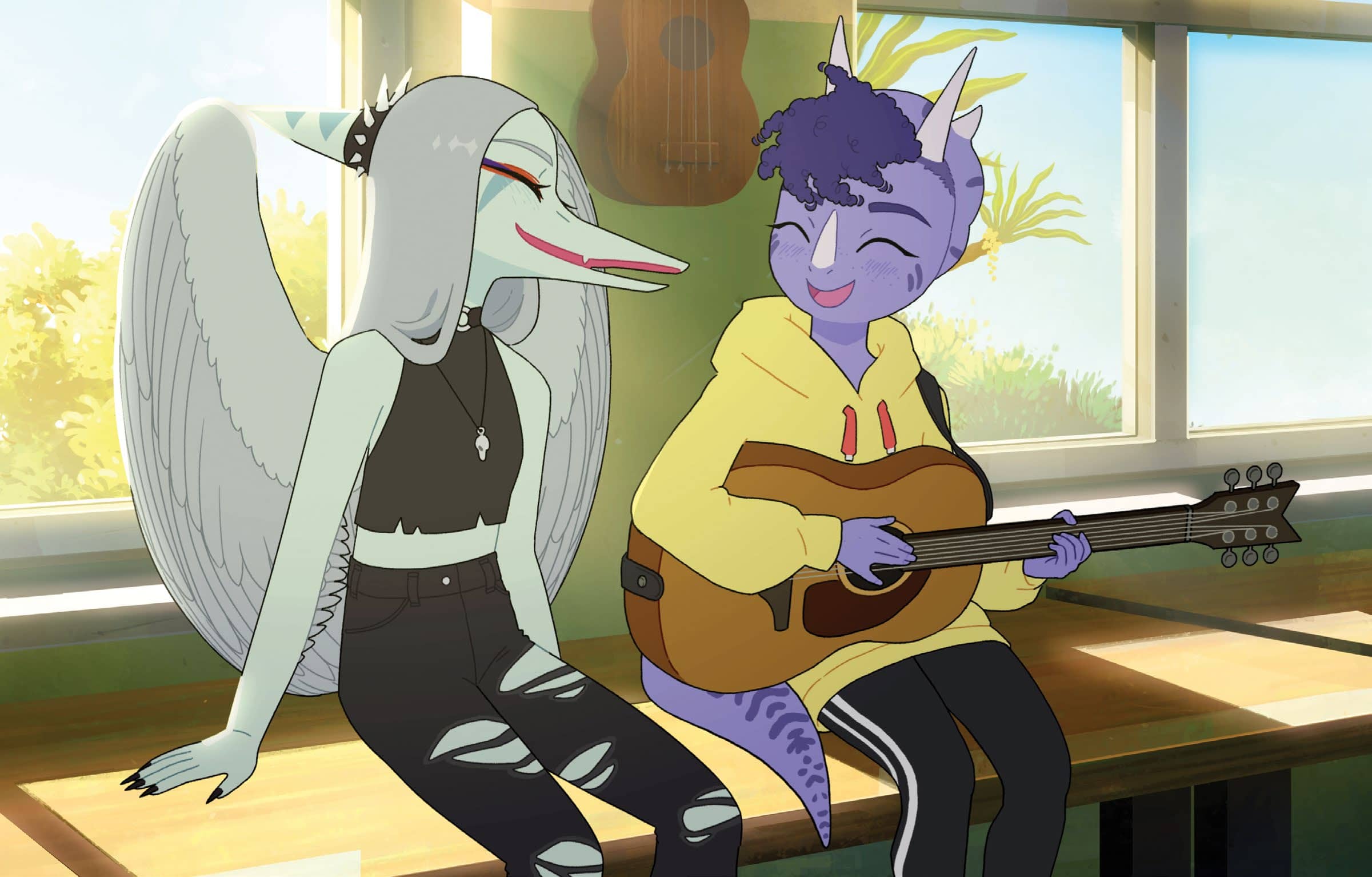 Protagonist Fang’s final year of school takes cues from The Walking Dead, Heaven’s Vault, and “games that really focus on the narrative side of things as being one of your core interactions,” says Dabbous. It’s already being compared to Life Is Strange.