The Making Of... Outer Wilds 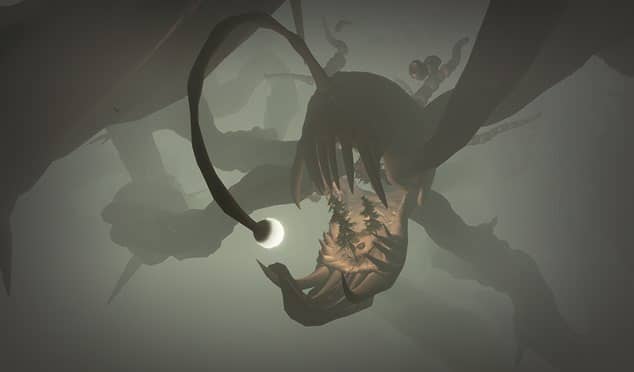 The many reincarnations of Mobius Digital’s transcendent space adventure

Like The Legend Of Zelda: The Wind Waker, Outer Wilds gives you a world of wonder to explore in a lashed-together ship. However, you aren’t setting sail over waves; you’re launching into the deep blackness of space in a jerry-built spaceship. The solar system you fly out to explore is dotted with planets hiding beautiful mysteries. The Hourglass Twins, for instance, are two planets orbiting one another; sand empties from one and fills the other, at once revealing hidden caves on the first and filling up the valleys and crevices of the second. Another planet, Brittle Hollow, has a black hole for a core and its fractured crust is collapsing inwards under a hail of meteorites. A third, Dark Bramble, is a nest of thorny vines wrapped in fog, and hiding within its cloud are whale-sized anglerfish that will eat your ship whole. Perhaps the greatest wonder, though, is that you have only 22 minutes to explore it all before the yellow sun at the centre of the solar system shivers and shrinks, turning blue and exploding outwards in an all-consuming supernova. Whether you’re in space to meet the destructive wave or stayed on the planet where you woke, toasting a marshmallow on the firepit, the blast kills you and begins the loop anew.

This arresting game has been nearly a decade in the making, beginning life as a Masters thesis back in 2012. Over the years it has won awards and launched crowdfunding platforms, before picking up a publisher. At each stage it has been remade, but the developer has stuck strictly to its initial concept. “The goal from the outset was to make a game that felt like we’re going off and exploring the unknown,” Outer Wilds’ creative director Alex Beachum says. “Very specifically, a world that’s governed by natural forces that you can’t really do anything about, but as you learn about them you can understand it enough to not immediately die.”

Beachum began work on Outer Wilds at the University Of Southern California as part of the Interactive Media programme. He and a team of other students pooled prototypes they had been developing and “gradually duct-taped” them together to make a game about exploration. Unlike other exploration games, where you gain abilities that let you access new areas, the team wanted the player to only “collect knowledge about the world they’re exploring”.

The team structured Outer Wilds around what it called ‘Curiosities’. These were major hidden locations in the game that players could only reach when they had acquired the knowledge to access them. “The idea was everything else in the game was going to be a clue that would tell you about the existence of the super-secret mystery,” Beachum explains. One example is the coral forest at the core of Giant’s Deep. The planet is a gas giant with tornadoes raging around the surface. Players can only get to the core by flying into the one tornado on the planet that is rotating anticlockwise, something they learn in an observatory on another planet – a planet which itself is a puzzle to enter. After the team had settled on the Curiosities and the secrets to accessing them, they mapped out the solar system on a whiteboard and distributed clues on the different planets.

The Curiosities structure drew from and fed into Outer Wilds’ still-forming narrative. For instance, the team had long had the idea for the Hourglass Twins in mind. However, it was only in distributing clues between planets that they decided to place the escape pod of an ancient alien race, called the Nomai, on one of the Twins. The Nomai was a race of advanced beings that became stranded in Outer Wilds’ solar system; uncovering the story of what happened to them and finding each of their hidden settlements is a large part of the game. In deciding to place the escape pod, the team had the idea that the stranded Nomai would have settled on the planet, building a city in the underground caves. “It was this constant back and forth,” Beachum says. “Design, writing and story all moved as one.”