Inside Cyberpunk 2077, and the most elaborately detailed future city we’ve ever seen in a videogame

Chris Schilling
Four hours in Night City is not enough. Sure, we’ve been here before, in a sense. But a hands-off glimpse is nothing compared to being able to inhabit this world; to have firsthand proof that one of the most astounding vertical slices we’ve ever encountered is more than just smoke and mirrors. Being here in the semi-augmented flesh, so to speak, evokes the feeling of visiting a real-world city for the first time, though that initial wow factor never totally goes away – or at least it doesn’t for the duration of our demo. There is perhaps no single revelatory moment to compare with, say, the first glimpse of Rapture seen from Bioshock’s bathysphere, or emerging from the sewers into the world of Oblivion. Rather, this is a place that leaves you regularly shaking your head in quiet disbelief. By the end of our time with Cyberpunk 2077, there’s still no sign of Keanu. But we keep recalling what he said on stage at E3 last year, as we wander around the busy district of Watson. He’s right. It is breathtaking. 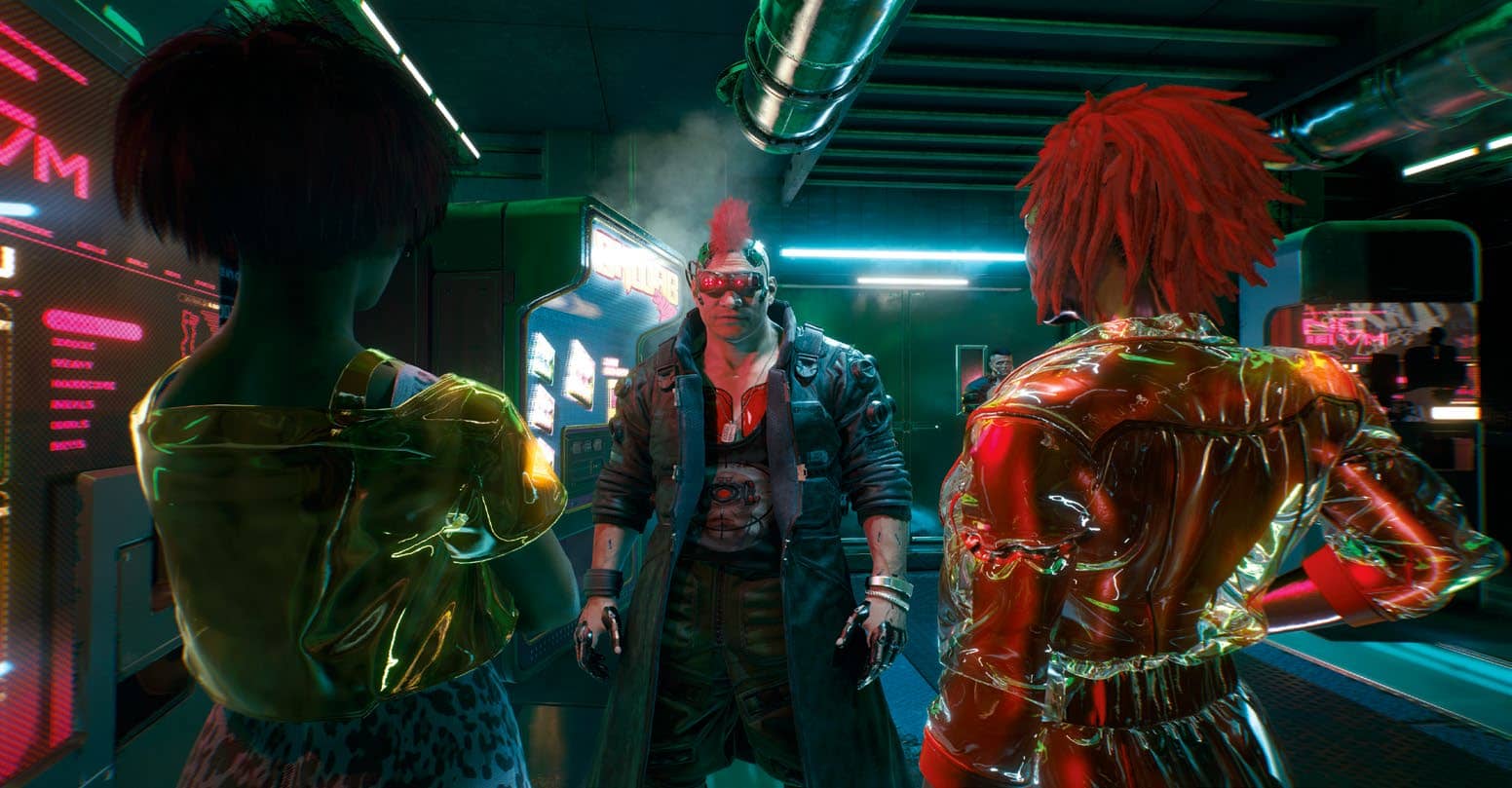 It’s also a place that, to a certain extent, looks familiar: Blade Runner has, after all, become something of a set text for science-fiction videogames, and we’ve seen precisely this kind of melting pot of cultures and architecture before. (Watson, in particular, has a strong Asian influence, particularly in sub-district Kabuki.) Yet even taking Los Santos and Kamurocho into consideration, we’re struggling to think of a virtual urban space that has felt quite so convincingly alive, so completely intoxicating in all its mesmerising detail. It’s certainly not just smoke and mirrors, though there’s plenty of both here. Vapour plumes billow from Night City’s manholes as steam rises from a nearby noodle bar. Take a pew and you can almost smell the teriyaki sauce sizzling. You can absolutely hear it, athough it’s just one ingredient in a crowded soundscape: there’s a constant hubbub of chatter and low-level noise, occasionally punctuated by shouts, sirens and bursts of gunfire. But for now we’re just people-watching. We catch pedestrians pausing by the windows of a club to gawk at pole dancers. And we stroll by rough sleepers huddling among the trash, straining to get comfortable on the damp piece of cardboard that will be their bed for the night. 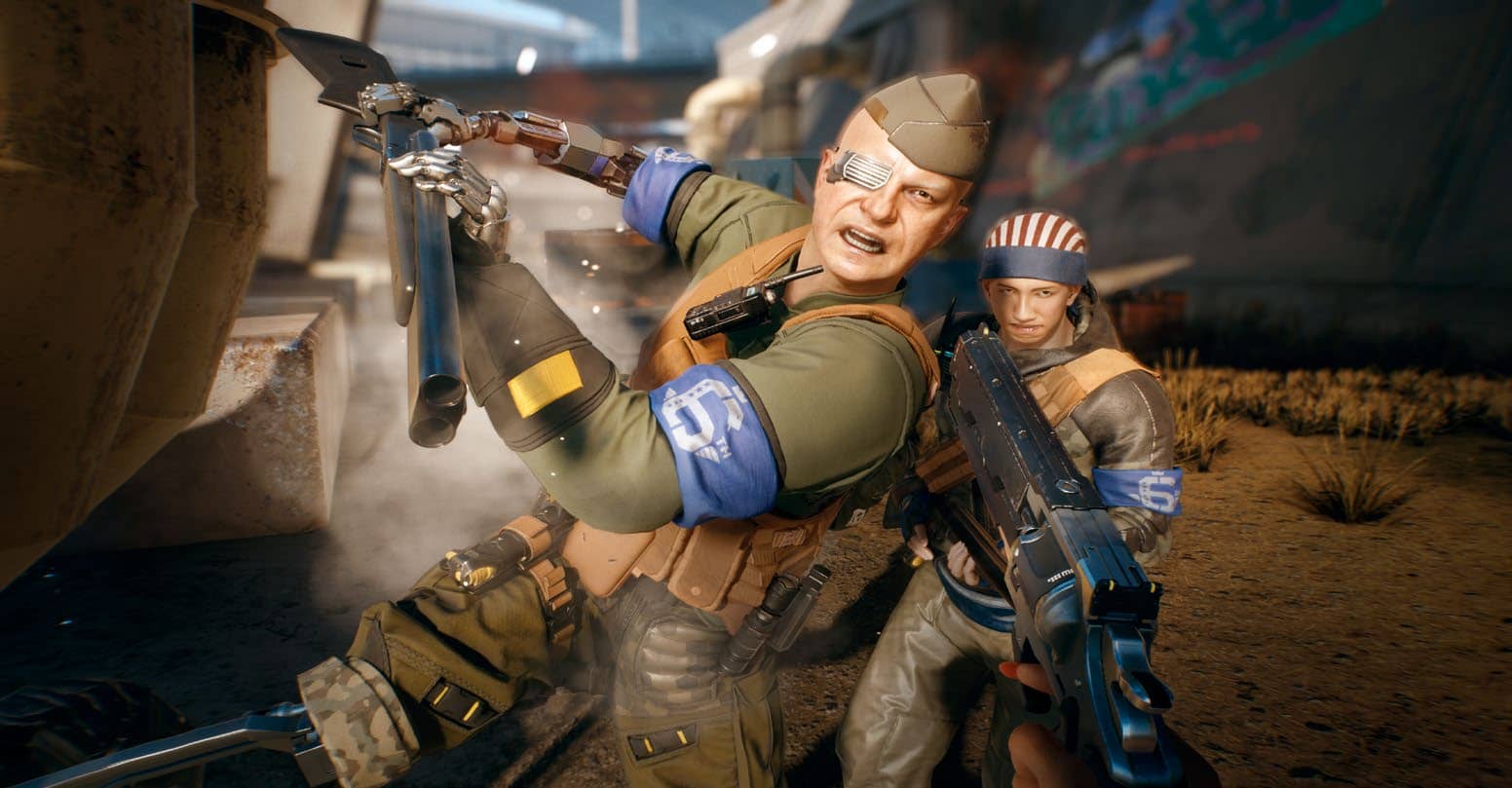 There’s plenty else to draw the eye. We spend a good few seconds looking at the scruffy letters carved into a lift’s otherwise pristine doors; likewise a handrail acned with rust. Later, we turn our gaze downward to the vibrant colours of signage and glaring electronic billboards reflected in the rain-slicked asphalt. We stare at cars gliding by as we pause by a crossing, our eyes not fixed on the road, but turned skyward. It’s a lot to take in, particularly when we start a mission and we’re trying not to get distracted while furiously scribbling notes, straining to parse dialogue that’s peppered with street slang and references to characters, places and organisations we don’t really know yet. Our unaugmented human brain feels slightly overworked – overloaded, even. Yet it’s not that Cyberpunk 2077 assumes a degree of knowledge about its universe, so much as it’s trying to establish that you already have a place in this underworld. A bit of disorientation is deliberate. Protagonist V has already made their start here; it’s up to you to determine where they go next.

There’s no shortage of options, that’s for sure. At the end of our session, lead gameplay designer MichaÅ‚ Dobrowolski invites us to open the map to see how much (or, as it turns out, how little) ground we’ve covered. We’ve long bemoaned the way open worlds are getting larger rather than denser, wishing more would take their cues from the Yakuza series. But it’s clear Night City marries detail and scope: as we zoom out all the way, we note that only a fraction is dotted with icons representing all the side activities for which we didn’t have time. And that’s without considering the Badlands, the vast desert area beyond the city limits.

That, we sense, is a little way off yet – for us, if not for those who choose one of the other two backstories at the outset. Nomad players will begin in the Badlands, while the Corporate path sees you begin the game with everything you could want before a rapid fall from grace. A cyber-savvy Street Kid like our V, meanwhile, gets a brisk introduction in the grottiest of dive bars. The first of many choices presents itself as we look into a mirror, deciding whether to take a slug of Dutch courage before resetting our broken nose following a mugging.

Our anaesthetist behind the bar grumbles: he has a debt that needs repaying. As a favour to a friend, we amble upstairs, sliding into a grubby booth opposite fixer Kirk, before we’re shoved along by the ample bulk of his burger-munching bodyguard. Agreeing to steal a VIP’s car to settle the debt, we’re handed a gadget that should stop us tripping the alarm. Moments later, we’re in a parking garage. Attendant Rick is in on the job; approach him and he’ll turn off the CCTV. “Camera’s blind. You got 20 minutes,” he mutters. Kirk’s gambit pays off, but as we get ready to start the engine the door opens and a man thrusts a gun in our face – the first of many mid-mission surprises, because evidently nothing ever quite goes to plan here. We choose to hit the gas, but the NCPD show up and cuff both would-be thieves. The car owner suggests you be dumped in the sea; happily, the arresting officer is on our side and lets us off. The thief introduces himself: this is seasoned merc Jackie Welles. Fast-forward six months (via a montage sequence that isn’t ready yet) and you’re partners, about to embark upon a mission that promises to transform your fortunes. 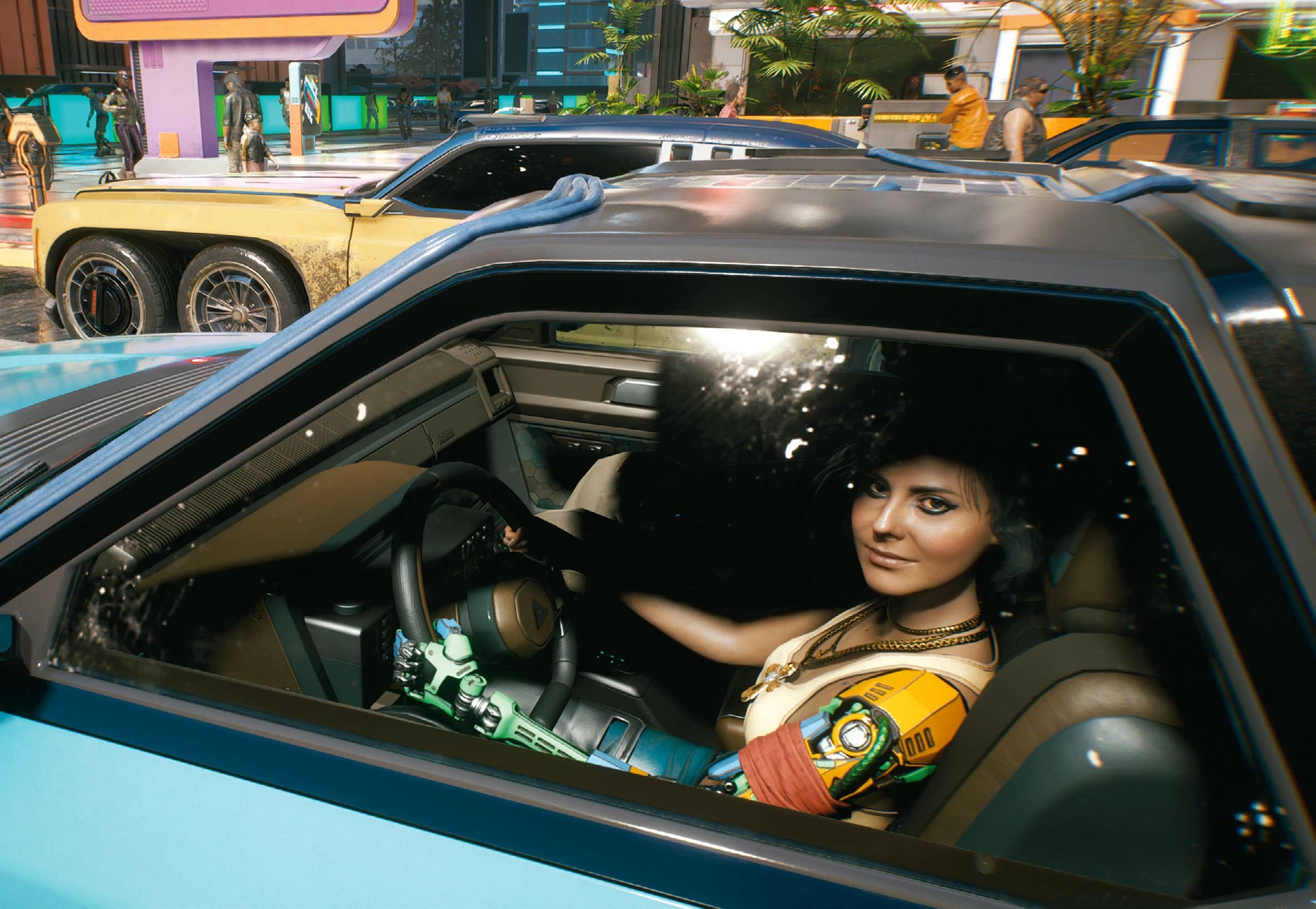 What follows is the rescue mission we first saw two years ago: a tense excursion into an apartment to find a young woman kidnapped by scavengers. Yet it’s not quite the same, and not just because the controller is now in our hands. Beyond a reworked UI and a significant lighting overhaul – the place is still dark, but much less grey – the pace feels slower and weightier. As before, an old woman opens the door to her apartment across the way, but this time V waves her inside silently. The threat is still tangible, but it feels less urgent; it’s clear CD Projekt Red wants us to linger, and little wonder.

We head inside. Stealth is our preferred option, as we approach one goon from behind, crouching to stay silent before pulling off a non-lethal takedown and dumping him in what looks like a chest freezer. We skid past the entrance to the next room alongside Jackie; two more scavengers emerge, and two more takedowns follow. But the softly-softly approach looks tricky for the next area – and besides, we’re itching to see how our handgun feels. However, our approach is a little reckless, and while a couple of headshots see to two of our opponents, we find ourselves cowering behind cover, anxiously waiting for our health to refill as bullets rain around us. Dobrowolski says the studio wanted to capture the feeling of a tactical shooter. Later on the gung-ho approach might work better, when you’re equipped with cyberware that triggers a spell of slo-mo after every successful dodge, or simply armed with the kind of shotgun that can blow a rival’s legs off. And the more you use a weapon, the more proficient you’ll become at wielding it: noting the hefty recoil from a powerful assault rifle we later pick up, Dobrowolski says if we stick with it, “eventually it’ll be like you’re using an aimbot.”