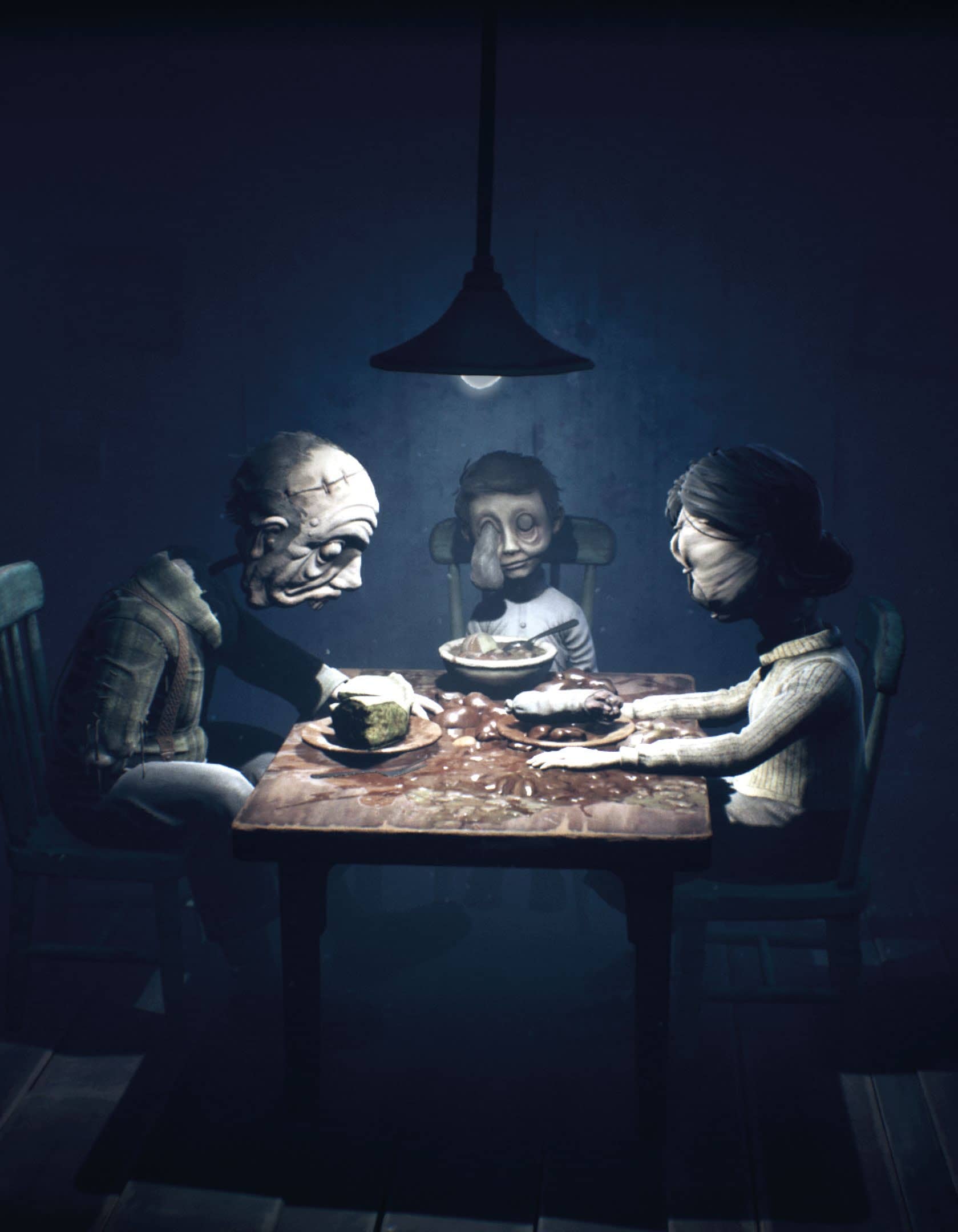 Child’s play isn’t just for fun. Sometimes it can be a survival strategy, a response to environments that frighten because they simply aren’t built for the body you inhabit. Thus the creeping heart of Tarsier’s Little Nightmares: a series that casts you as a lost child in a world designed not just for grown-ups, but grown-ups as a child might see them – huge and distorted by perspective, the grotesque masters of spaces that dwarf and entrap you.

To move through those spaces you must play around with them, always at the risk of being caught and punished. “A door is such a mundane object for adults, but for kids – almost by necessity, they have to turn it into a game,” senior narrative designer David Mervik tells us. “They have to leap off the couch and grab the handle and somehow manage to swing it open. It’s kind of the cornerstone of our game, the fun of that, though it’s not much fun to be in the Little Nightmares world.” The sequel, which is being made by a much larger and more confident team, only deepens that mixture of whimsy and dread. It trades the first game’s seaborne abattoir for Limbo-esque forests and a shivering Pale City, stained by the glare of flickering televisions. There’s a new star, the paper-bag-wearing Mono, with original protagonist Six tagging along as an AI character – a recipe for slightly more elaborate puzzles. “We have a dedicated team working on our companion AI and they’ve spent a lot of time giving her a personality, her own motivations, and I think that comes across when you play,” level and technical designer Matthew Compher explains. “She’s not just a drone following you around.” Like Ico’s Yorda, Six has a degree of autonomy, sometimes leading, sometimes hanging back, sometimes holding Mono’s hand and sometimes hovering over an object you need. 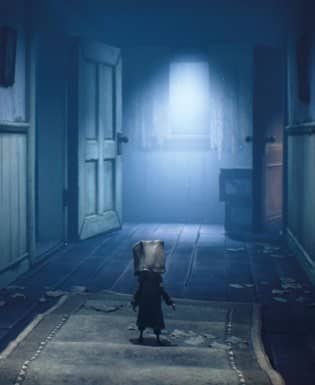