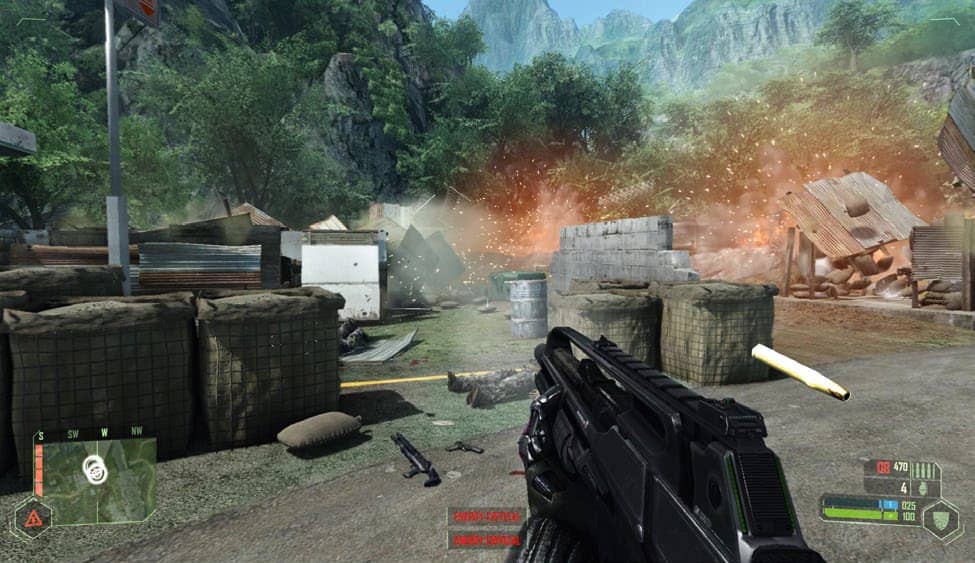 Right now, your PC can probably – probably – run Crysis. But even as recently as 2015, anyone incanting PC gaming’s most famous meme in response to a new hardware release wasn’t asking an entirely redundant question. What Crytek created in 2007 was a technological spectacle so advanced, and so astonishingly different to the look of its contemporaries, that it took mainstream PCs almost a full decade to accommodate its demands. On launch day back in November 2007, anyone who hoped to enjoy the sandbox shooter (whose scarcely believable screenshots had been ubiquitous in the gaming press for months) at anything like a smooth framerate was about to get their paradigm shifted.

This was mid-noughties PC gaming in a nutshell. A new release would come along and dictate a higher bar for hardware than your current machine could manage, and its allure was strong enough that you’d invest the requisite hundreds into those specs to play it. Then a couple of years later the next Half-Life 2, Oblivion or Arkham Asylum would arrive and you’d either invest in more cutting-edge PC parts or declare insolvency.

But nowhere was it more true than with Crysis. In many ways, the primary activity in the game was simply getting it to run. It was a sort of preliminary puzzle which involved finding the correct combination of dropdown menu options to unlock a path forward, beyond the flip-book drawings of a jungle that arrived on your monitor every half-second or so, and into a full-motion interactive experience. This was a puzzle which might have taken months to reach a satisfying solution.

With such an expensive barrier for entry, Crysis was never going to reach a mainstream audience. Instead it found a cult of ultra-engaged enthusiasts who could scarcely believe their luck at having such a lavish release aimed squarely at them. This was most players’ first look at postprocessing techniques such as motion blur, depth of field and RGB split HUD effects. The physical behaviour of every object you picked up and threw, from barrels and crates to turtles on the opening level’s beach and, later, terrified KPA soldiers, felt instinctively right. The texture work on its character models’ faces still feels contemporary now, and being surrounded by three-dimensional plant life instead of interlaced static sprites seemed transformative. At least, for the few enthusiasts who could actually play it.

Those enthusiasts weren’t just given a skin-deep tech demo, though. Crysis’ story and situation were gripping in their own right, providing an amped-up analog of Predator with extra technobabble. A team of super-soldiers, clad in secret military tech which gives them the appearance of skinned robot bodybuilders, descends on the Lingshan Islands to stop North Korean forces capturing an archeological dig site at the island’s centre. Dr Rosenthal’s team there have discovered something which, you’re told, “might change the course of the world”.