Shards of Infinity is the newest deck-building game published by Stone Blade Entertainment, and is a bold successor to my original Ascension series. The innovation of Ascension’s everchanging center row has laid the foundation for a multitude of different games since its initial release. Now on its 13 th big-box expansion, Delirium, the Ascension series has sold hundreds of thousands of copies both in physical form and digital copies.

Even after eight years of designing and playing Ascension, there is still plenty of room to grow with the genre. Shards of Infinity is all about using that core deck-builder concept and taking it in an exciting new direction. Teaming up with co-lead designer Gary Arant, we set out to design a game that is faster, more strategic, and more streamlined than any deck-building game on the market. 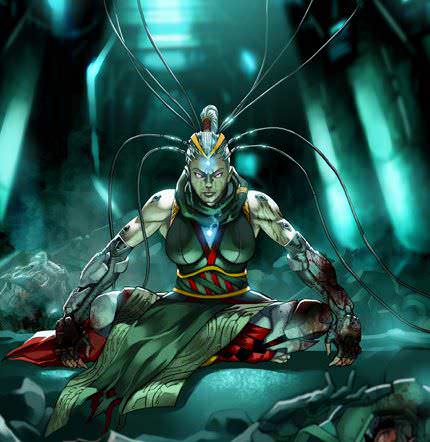 Let’s Talk About the Basics