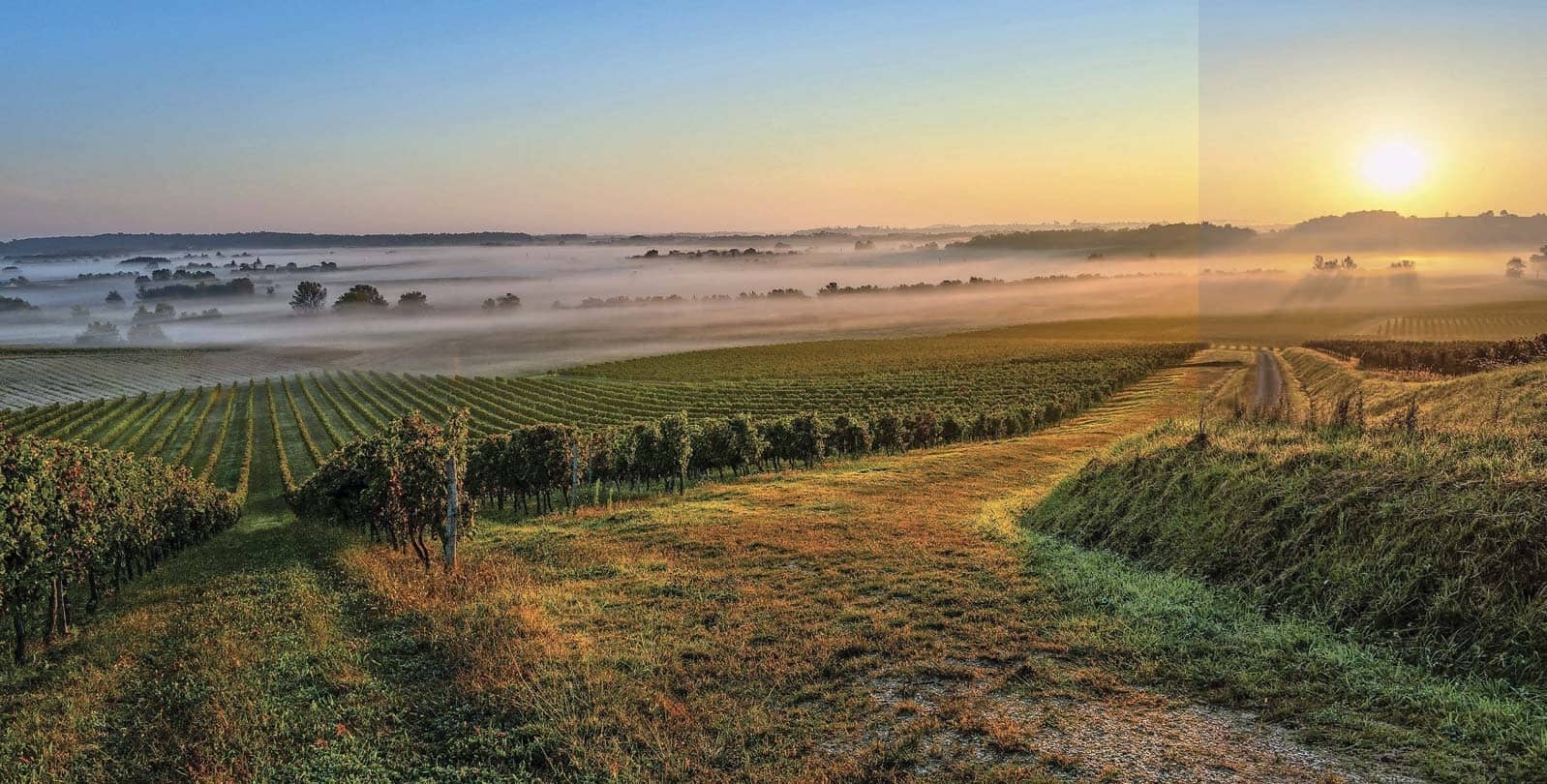 Beautiful villages meet bountiful vineyards in a corner of Gironde, discovers Joanna Leggett as she explores the wine region of Entre-Deux-Mers

How times change! The ancient land of Entre-Deux-Mers, nestled in the Gironde department just south-east of Bordeaux, was once home to mixed farming and orchards, little-known save for the somewhat unglamorous though reputable white wine produced there. Today, it’s a prolific wine region and one of the principal sources of Bordeaux red and Bordeaux Superieur, as well as many whites, partly thanks to the substantial châteaux which brought worldwide recognition for the area’s vintages.

There are so many wines and varietals to try, and so little time! But to learn more about the region itself, let’s go back to the beginning.

WHAT’S IN A NAME?

I had always thought (wrongly, as I now know) that the area known as Entre-Deux-Mers had something to do with the literal translation, of being ‘between two seas’. The Atlantic coast is to the west, but surely, it’s a long way across and down to the Med?

In reality, the name refers to the tidal estuaries of the lower Dordogne and Garonne rivers, which form the boundaries of the region. They converge north of Bordeaux, before joining the strong tidal currents of the Gironde estuary. The ‘Mers’ part of the name is, therefore, an evolution of ‘marée’, the French for tides.

On the subject of tides, the Garonne river, which forms the southern border of the wine region, is one of the few rivers in the world to boast a tidal bore. Between June and September – the best months to witness this phenomenon, I’m told – surfers take advantage of its flow to ‘ride along on the crest of a wave’ as some old song goes (I may have paraphrased this ditty!).

Gnarly waves aside, Entre-Deux-Mers is a land of winemaking traditions and history, a vast triangle of rich, verdant countryside starting south of the Dordogne river and stretching across to Pujols and down to the north-western border of Lot-et-Garonne.

Although the Entre-Deux-Mers AOC was once only applied to sweet white wine, which gained popularity when it was made by Benedictine monks in the Middle Ages, back in 1953 local winemakers sought change. They pulled up Sauvignon Blanc and Sémillon vines, planted red grapes and the rest, as they say, is wine history. In later years the area also saw the evolution of dry, fresh and fruity wines, and the original sweet white wines are still produced in three districts around Loupiac, St-Croix-du-Mont, and Cadillac. There are now more than 20 appellations in the region making a spectacular variety of wine.

History is at every turn here too: as well as a number of ancient bastides whose foundations mostly date back to the Hundred Years’ War, there are Roman churches, castles, fortified houses and some wonderful golden stoned properties scattered throughout the area. This is a place of green and rolling countryside interspersed with pretty stone medieval villages and vineyards.