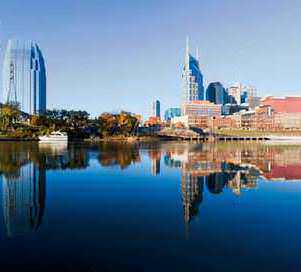 These are the places where startup dreams come easier and cheaper, but can still pay off big. Start packing.

Ask someone to name cities with thriving tech, media, fashion or food scenes, and you’ll hear the usual suspects: San Francisco; New York; Portland, Ore. But there’s a slew of other metro areas with established infrastructure and skilled work forces that can match those more established locations at a fraction of the cost of living and with less day-to-day stress. These are the places where startup dreams come easier and cheaper, but can still pay off big. Start packing.

Best for: Software and hardware

Tech companies such as Adobe and Workday are moving to “Silicon Slopes” in droves, inspired by startups launched by alumni from software pioneers Novell and WordPerfect, not to mention the easy access to world-class skiing. On the hardware side, everything from flash memory chips (one of every 14 worldwide is made here) to Skullcandy headphones calls the Wasatch Front home. VCs invested nearly $1 billion in local startups last year, making Salt Lake tops nationally in dollar-per-deal average.

The Utah Science Technology and Research Economic Development Initiative provides funding to the University of Utah in Salt Lake and Utah State University in nearby Ogden to research new technologies and spin them off into a handful of companies each year. And when the state’s insurance department wanted to ban Zenefits, a Silicon Valley startup that gives away its HRmanagement software for free, Governor Gary Herbert signed a law reversing the ban, stating, “Utah is open for business.”

Did you know? Thanks to thousands of Mormon missionaries returning from time abroad, Utah has the highest percentage of foreign-language speakers in the country.

Baltimore teachers work with diverse student populations and are entrepreneur-friendly, willing to test out new tech and ideas in classrooms. The city regularly hosts events to connect entrepreneurs with educators; a recent Baltimore Tech for Schools event drew 1,100 teachers and school administrators to check out product demos.

Did you know? Of the nation’s largest school systems by enrollment, Baltimore has the third-highest spending per pupil on an annual basis.