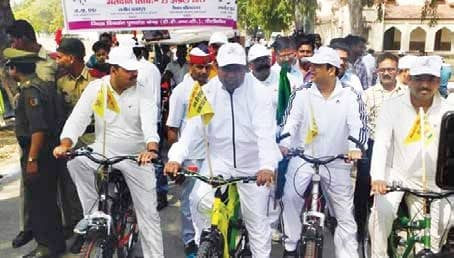 A record 67.2 percent voting was achieved in Pilibhit in Phase-III of the ongoing Lok Sabha Elections, making it the top district in Uttar Pradesh to have registered maximum voter turnout.

But it wasn’t an easy job for Vaibhav Srivastava, District Magistrate and District Election Officer, Pilibhit, who worked round-the-clock with his team with meticulous planning to motivate the voters to come out and exercise their franchise under the scorching sun.

“In consonance with the decision of the Election Commission of India to track all electronic voting machines (EVMs) online, Pilibhit district administration had developed a mobile application and security was given through it. Training in this regard was imparted to the staff concerned,” said Srivastava.

The 2009 batch IAS officer used the technology wisely to push Pilibhit record over four percent more voting than the previous Lok Sabha poll in 2014, when 62.86 percent voting was recorded in the district.