Shani Shingnapur: The Village Without Locks 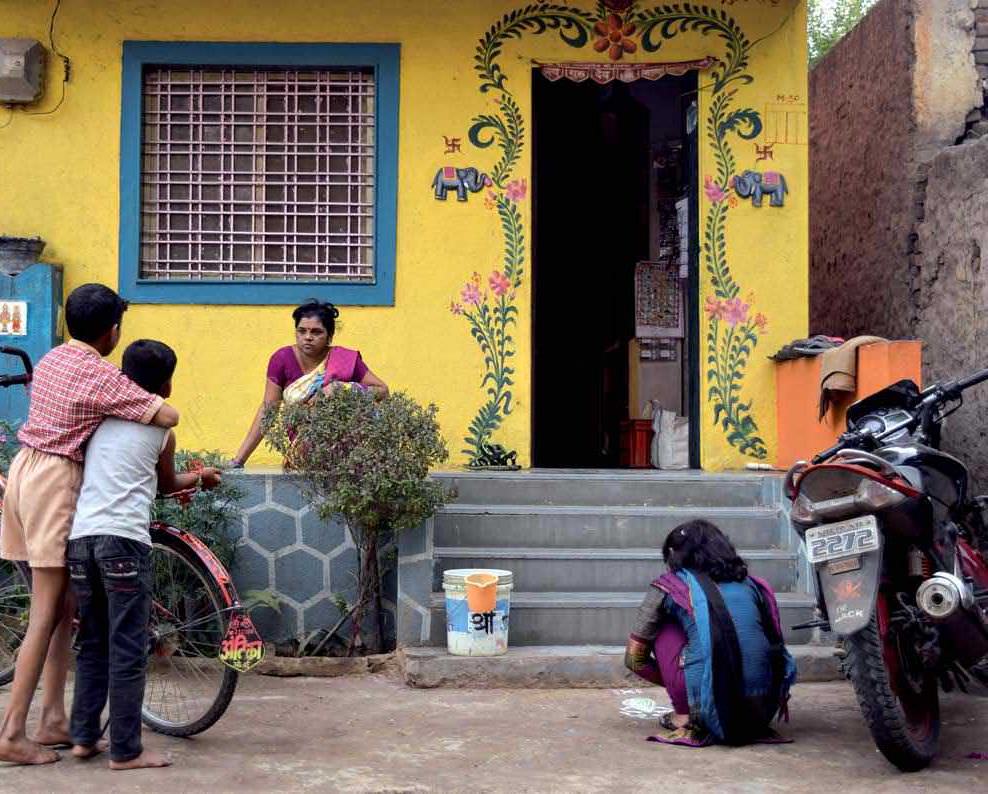 The truth about Shani Shingnapur, the village without doors and locks.

“How much time does it take to loot this village?” I am stumped, unsure if the question is posed as rhetoric. Sayaram Bankar, a resident of Shani Shingnapur and a trustee with the temple that his birthplace is famous for, isn’t too inclined to wait for me as I gather my wits.

“It takes all of 10 minutes,” he declares grandly. Shani Shingnapur is a remote village located 50 km off Ahmednagar district in Maharashtra. It is home to nearly 3,500 people, young and old, and hosts a few hundred thousand tourists every week. For all these visitors, the appeal lies in the temple of Lord Shani, described in Hindu mythology as ‘the son of the sun’, and in the peculiarity of the village known for having no doors or locks to houses because there can be no robbery here. For the residents, this practice is the result of the faith they invest in their deity. Shani, they say, acts as the nucleus of the village, an absorbent of all evil.

Talk to locals and you will be told that robbery is impossible here. They are a hospitable lot, ever ready to allow for photographs and share anecdotes to back up their claims. Riveting as they are, these stories often borrow from second-hand experiences and folklore. But all of them end with the same bottom-line: ‘Dare you stray, Shani will make you pay.’ 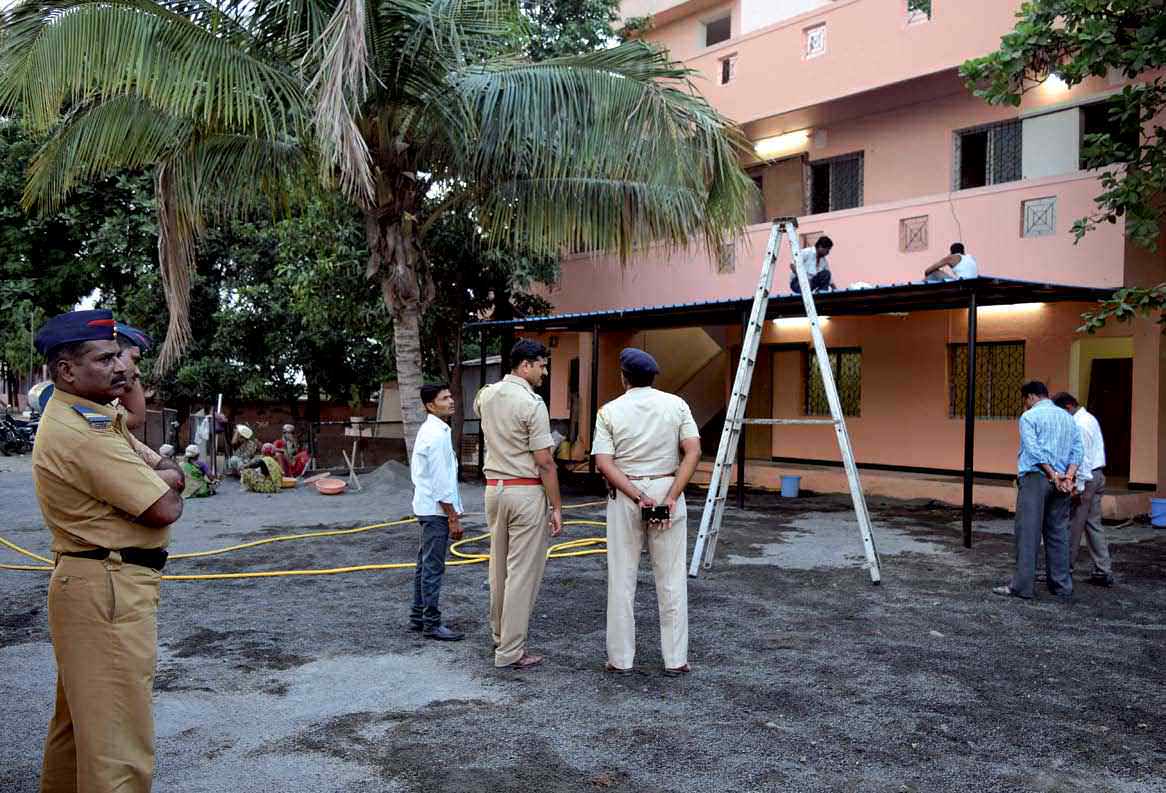 A house with a sliding door concealed behind a wall (left); the first police station of the village.

On the first evening of my visit, I find myself in the company of the sarpanch of the village, Balasaheb Bankar. The soft spoken 35-year-old owns a small grocery store in the vicinity of the Shani temple. The village industry has mushroomed along the length of a 500-metre street that leads to the temple; marked by hotels, restaurants, shops selling puja paraphernalia, and parking spots. Balasaheb’s shop is located on one of the neglected lanes towards the rear end of the temple. It has only been a week since he was elected as the village head, a post that his wife held for the previous term.

The story Balasaheb wants to tell me dates back to over a decade. “It was a Sunday and I had to go to Ahmednagar to one of my business financers,” he recounts. “In those days, I had a flour mill next to this shop. I used to store the flour right here.”

There is no door to his shop, nor are there any locks to his treasury. As was his habit, Balasaheb left the store unattended and propped up a wooden plank at the door as protection against stray animals. When he came back, he found that someone had stolen Rs 1,500 from the money he kept in the drawer under his counter. One of the sacks of flour that he had stored, too, was missing. 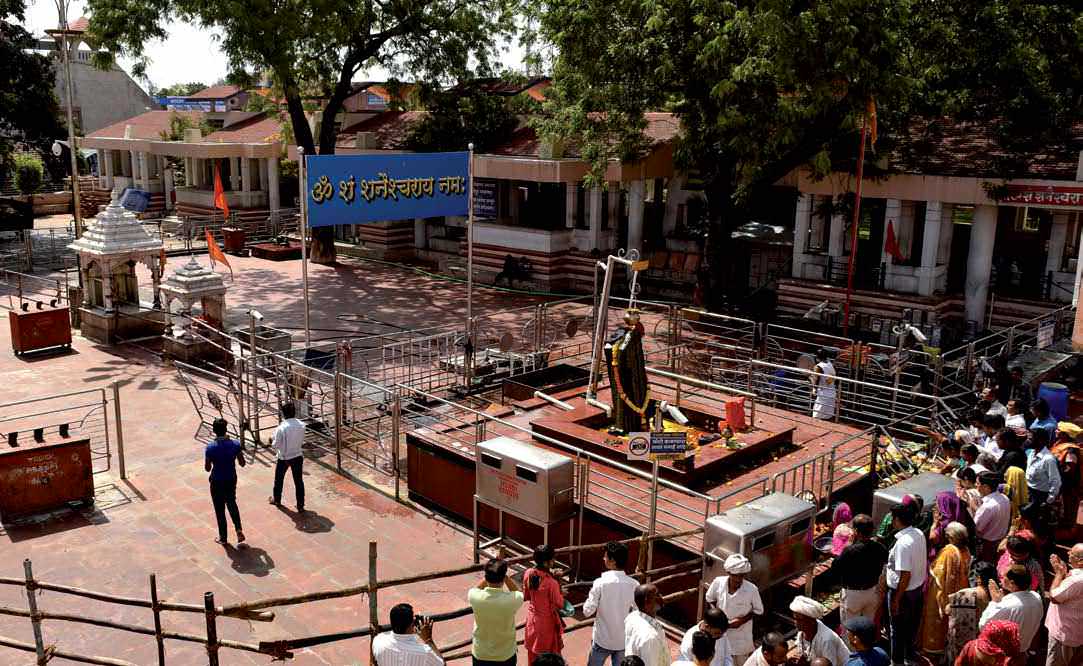 “The man who had taken the flour was a customer. He was to pick up wheat flour, but he had accidentally picked up bajra. When he came back to exchange the sack, I took him to a side and slapped him across his face. He immediately confessed to the theft,” Balasaheb’s face lights up at the memory. “If this wasn’t God’s hand at play, I don’t know what is.”

I nod in appreciation. At the same time, I add, there has been a handful of news reports about incidents of crime being reported in the village. Isn’t that why the otherwise serene ambience of the evening is being punctured by the noise of hammers, chisels and drills? Less than a hundred steps away from the shop, a workforce of 15 is busy painting the walls of a two-storeyed house, raising a canopy and levelling the courtyard with loose rubble. They are struggling to meet the deadline that looms, barely 36 hours ahead when, on 3 September at 9 am, Shani Shingnapur Police Station will be inaugurated.

Earlier in the day, I had approached Sonai Police Station, the jurisdiction of which the village fell under all these years. When I introduced myself and the scope of my article, the officers in charge, including the Divisional Superintendent of Police Dattatray Kambale, told me at the outset that the village was crime-free. A couple of days later, I obtained the records for the last six years which listed 46 criminal cases registered from the village. A sizeable number related to assault, and topping the list with as many as 11 cases were thefts. In the collective consciousness, however, the memory of miracles eclipse such departures from the norm. Once you make your way out of the catacombs of railings,you are led to a clearing with the shrine in the centre. At first glance, it is a rock slab around five feet in length with a circular depression on a side. As goes the legend, roughly 300 years ago, the slab was found on the shores of the river Panasnala that once flowed through the village. Curious, the villagers poked it with a stick and found it creating a depression. Out oozed blood. The same night, Shani appeared in the dream of one of the locals, identified the slab as his embodiment and asked to be installed in their village.