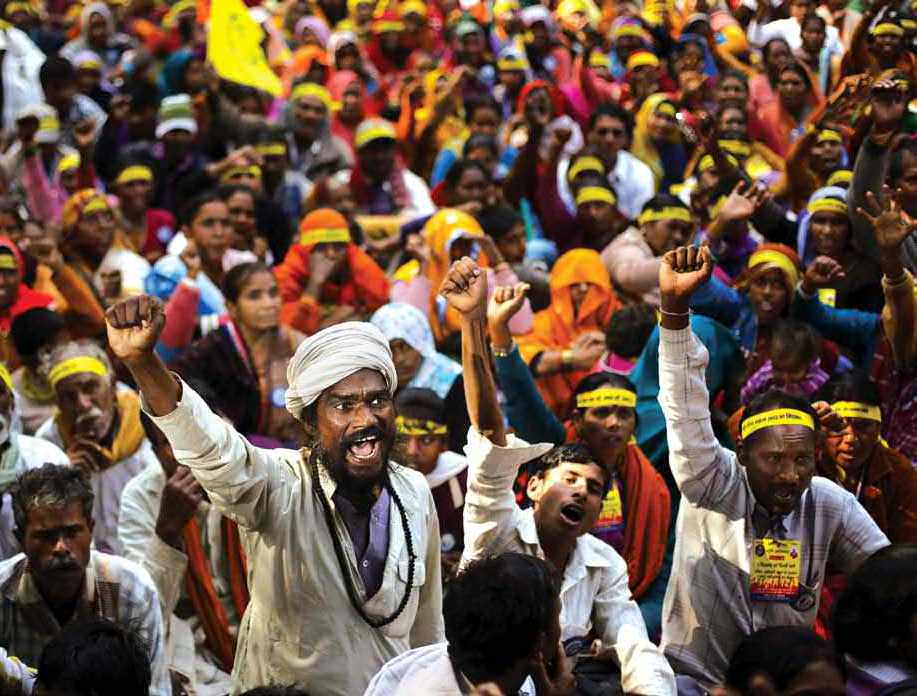 Dalits across the states are refusing to be anybody’s vote bank, writes Kumar Anshuman.

On 16 January this year, a huge rally was held at the heart of Kolkata. It was organised by Matua Mahasangha, a religious-cum-political organisation of the Matua community, also called Namasudras, with a sizeable presence in districts bordering Bangladesh. Called Ubastu Samabesh (Refugee Meet), the rally saw large numbers come from different districts. Its timing, with Assembly elections on the anvil, was telling. Matua Maha Sangh has been a guarantor of Dalit votes in West Bengal the last few elections and claims to be able to influence 80 constituencies. Their leader, Notun Ma or Mamata Bala Thakur, a Trinamool Congress MP from Bangaon, says, “In 34 years of the Left rule, we were largely ignored and struggled for basic amenities. Thankfully political parties realise our united strength today and we have been able to assert ourselves to some extent.”

In Tamil Nadu, Viduthalai Chiruthaigal Katchi (VCK), a political party for Dalits, is getting media attention like never before. VCK had aligned with both the leading Dravidian parties DMK and AIADMK in the past but it was largely driven by their opposition towards PMK, a political party dominated by the Vaniyar caste. There has always been caste rivalry between the Vaniyars and Dalits. VCK’s fortune was dependent on who PMK allied with because they were bound to go against it. But their success was limited. In 2011, they contested on 10 seats with not a single win and just 1.5 per cent of the vote share.

This time, VCK under its leader Thol Thirumavalavan is charting its own course. It has joined the People’s Welfare Alliance (PWA), led by MDMK leader Vaiko, along with Left parties. Similar voices are coming out of states like Kerala where mainstream coalitions took Dalits for granted with a use-and-throw policy. Dalit groups across the states going to polls seem to be rethinking their traditional strategies for these elections. They are either leading or becoming part of new political formations for a better say in the scheme of things.