Lessons For Congress From Uttarakhand 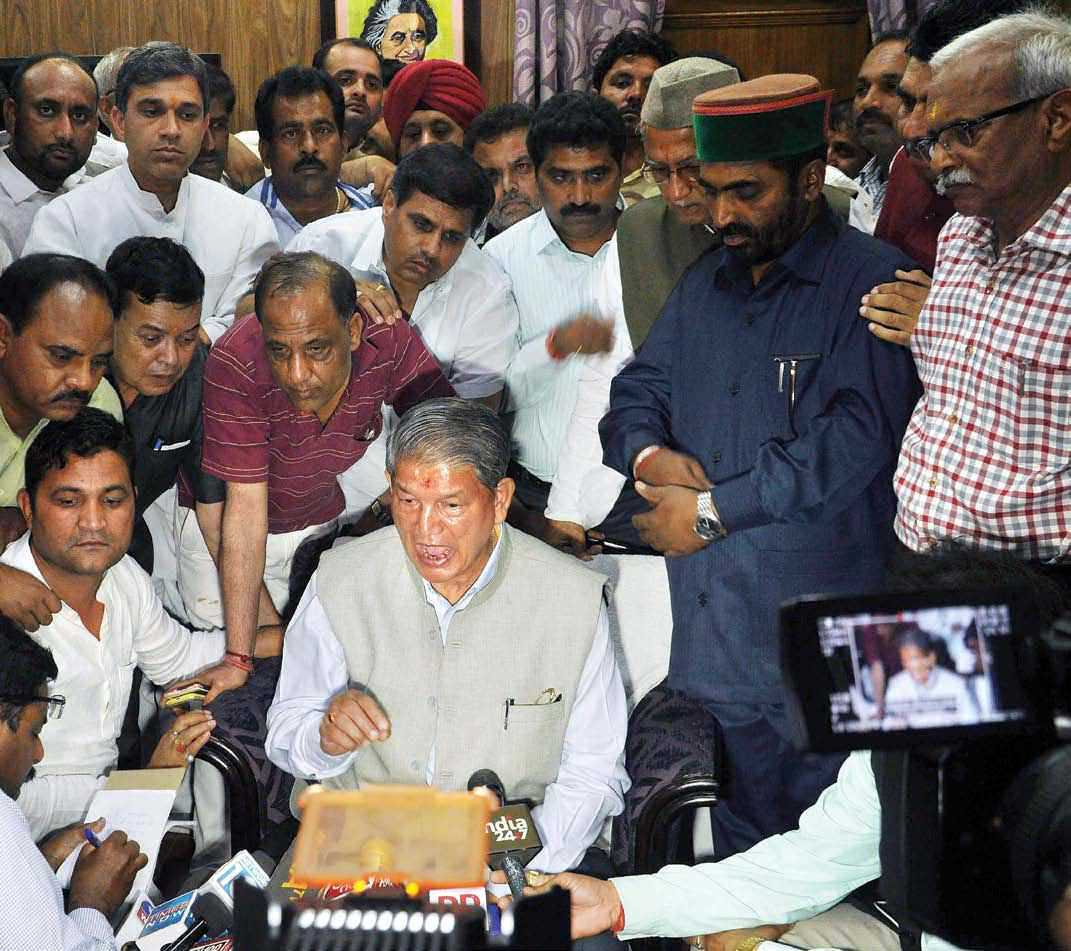 Lessons For Congress From Uttarakhand.

When Shakespeare wrote ‘Beware the ides of March’, he was not referring to Harish Rawat, Uttarakhand’s former Chief Minister, who isn’t much of a Caesar anyway. Yet, the Congress leadership apparently took the warning seriously in the hill state of Uttarakhand back in December 2012, when it inexplicably chose to elevate Vijay Bahuguna to the post of Chief Minister in Dehradun. In doing so, it rode roughshod over the legitimate claims of Harish Rawat to the chair. Rawat, through perseverance and strong-arm methods, managed to turn things in his favour in 2014, forcing the hand of the party high command. With just about a year left to go for the state’s assembly polls , the back story and ominous warning appear to have come back to bite the top leadership of the Congress and Rawat, after an emergency meeting of the Union Cabinet recommended that the state be placed under president’s rule.

In contention for power in Dehradun is the BJp. Since 2000, when Uttarakhand was first carved out as a state from Uttar Pradesh on a decision taken by the Vajpayee Government, the state has had seven chief ministers, mostly of the BJp. Only three were of the Congress: party stalwart ND Tiwari who assumed office in 2002; Vijay Bahuguna, son of another stalwart Hemwati Nandan Bahuguna and brother of Up party chief Rita Bahuguna, in 2012; and Harish Singh Rawat in 2014. In the same period, Up has had only five chief ministers. Up, a larger state, has experienced greater political stability and effective governance—one of the arguments for the tiny hill state’s formation in the first place.

The current bout of trouble began with a rebellion on the Congress benches. Led by nine MLAs, including former Chief Minister Bahuguna and Harak Singh Rawat, it put the passage of the state’s appropriation Bill in danger during its budget session. The imposition of Central rule caught many off-guard, not least Rawat himself, especially since it came just one day ahead of the 28 March deadline set by Governor kk pal for the Chief Minister to prove his support on the assembly floor.

Irrespective of the outcome of the test of strength, if and when it is held, the BJp contends that president’s rule cannot be undone in the interim by any court. The party is ready to approach the Supreme Court on this, if necessary. The Speaker had acted in a partisan manner by resorting to a voice vote without a division on the appropriation Bill, BJp holds, particularly since the rebels had informed the Governor of their opposition to the Bill.