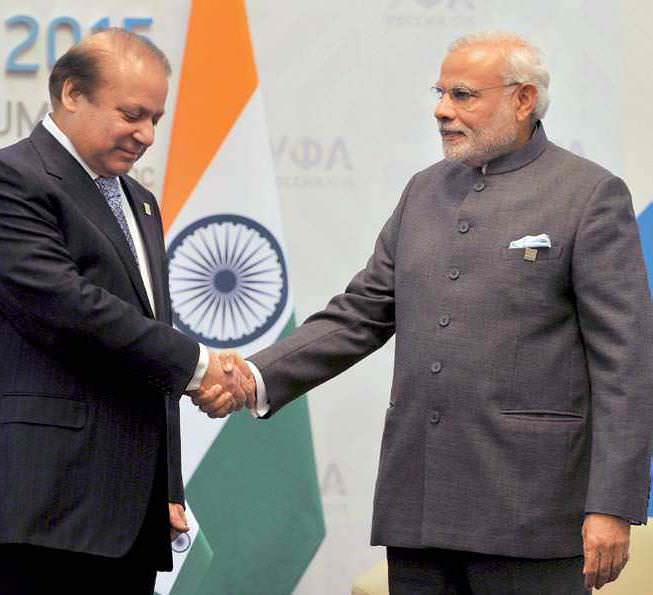 NSA-level talks called off. LoC tensions on the rise. Non-state actors on a rampage. Is Pakistan's military brass emboldened by an upcoming opportunity in Afghanistan?

Mohammad Naveed, the Pakistani national and alleged Lashkar-e-Toiba operative arrested in early August from Udhampur, Jammu & Kashmir, is believed to have spilled the beans about the training he got in camps run by the Pakistan’s military. A senior government official tells Open that the “young man has been talking like a parrot and is therefore a major embarrassment for the Pakistani government”, which has done nothing to stop its powerful army from financing and equipping non-state actors to wage a war on India. “Naveed, or Qasim that he sometimes claims he is, may be small fry in the LeT scheme of things, but since he is not trained to hold back truth the way some hardened terrorists do, India has got specific information about the designs of the Pakistani military along the Indian border and has enough substance to confront any official from that country,” says the official, requesting anonymity. Another Home Ministry official confirms this, adding that “the bulk of evidence against Pakistani inaction in pursuing perpetrators of the 26/11 Mumbai attacks, too, would have been too much to handle [for Pakistan’s National Security Advisor Sartaj Aziz]”.

Pakistan’s hesitation in going ahead with National Security Advisor (NSA)level talks, which it called off on 21 August, two days ahead of the meeting scheduled in Delhi on 23-24 August, was evident from its insistence on going beyond what was agreed upon in Ufa by Prime Ministers Narendra Modi and Nawaz Sharif—to focus on terror. According to senior officials close to the matter, it was Islamabad’s “stubbornness” on discussing the Kashmir issue with India’s NSA Ajit Doval that derailed the talks, following an exchange of words between Aziz and India’s External Affairs Minister Sushma Swaraj, who demanded that Pakistan assure India that its NSA would not hold talks with the leaders of the All Party Hurriyat Conference, a powerful Kashmiri separatist outfit in the 1990s but now a shadow of what it used to be. Notably, the Ufa declaration was committed to resuming a ‘composite dialogue’ between the two countries—something that was begun in the late 1990s—and that would certainly include a discussion of the Kashmir issue, a bone of contention between the two nuclear-armed neighbours that have fought three wars since Pakistan was carved out of India as an Islamic state in 1947.