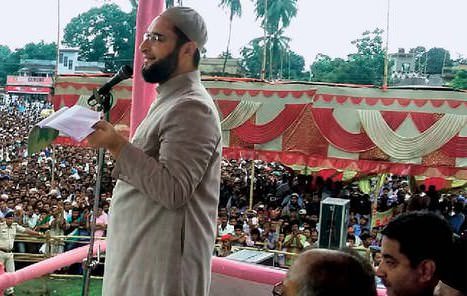 How political parties in Bihar increasingly use fear as a tool to draw Muslim votes.

As Bihar's assembly elections approach, the Muslim voter holds the key to political fortunes in the state. But election season can be frightening for Muslims. Educationally and economically backward, typically, the confused and bewildered Muslim voter—usually a tailor, farm worker, mechanic or a rickshaw puller— looks up to the community’s leadership to guide him as he wonders which party to vote for. Not that his search for a political choice yields new results; often, the choice is already known. Nevertheless, he persists with an agonising exercise to pick a candidate.

This is also the season in which fortune tellers, especially journalists of a class at pains to explain that no Muslim vote bank exists, analyse the so-called ‘Muslim factor’. The argument runs as follows: about 17 per cent of Bihar’s voters are Muslim; in 70 of the state’s 243 Assembly constituencies, Muslim voters can play a crucial role. In reality, the Muslim voter is like Britannia’s 50-50 biscuit: sweet for some, salty for others; the chance that his candidate will win is 50-50, as a reverse consolidation of Hindu votes can defeat his choice. The Muslim voter, all the same, gets into the electoral considerations of Nitish Kumar, Lalu Prasad and other secularism-brandishing practitioners of Indian politics.

As the Muslim voter ponders the electoral options, two groups of people step in to play his messiah. One, the local zamindar (landlord) and his loyalists; in agricultural India, where land ownership is a sign of social status, the Muslim voter often looks up to a zamindar for leadership. Two, mosque leaders and madrassa teachers; this clerical class shapes mass Muslim opinion though its influence is sometimes subservient to that of the first group. By and large, although Muslims have access to TV news channels, their political choices are shaped mostly by zamindars and clerics whose views have wide reach within the community. Addressing an audience of young Muslims in Patna on 11 August this year, Maulana Shakil Ahmed Hashmi of the Ittehad-e-Millat Council, for example, made this bold statement: “The existence of Muslims in India is under threat.”

Muslim women turn up in fewer numbers to vote. “This is the reality—that the number of Muslim women casting votes is negligible; their role is zero [in politics],” said community leader Nizamuddin Qasmi at an Independence Day event in Munger, adding, “The vote of Muslim women in India’s democratic system is very important. Its importance is known to the other nation [of Hindus].” It’s noble of course to get Muslim women to vote, but often Muslim women are herded to the polling booth by the menfolk just for added numbers to defeat the Bharatiya Janata Party (BJP). Frightening Muslims is also a fringe of the BJP that was emboldened after the 2014 General Election—it has tried to raise buried disputes over, say, who has a right of way through a Muslim graveyard, as seen in Chegauna in West Champaran district.