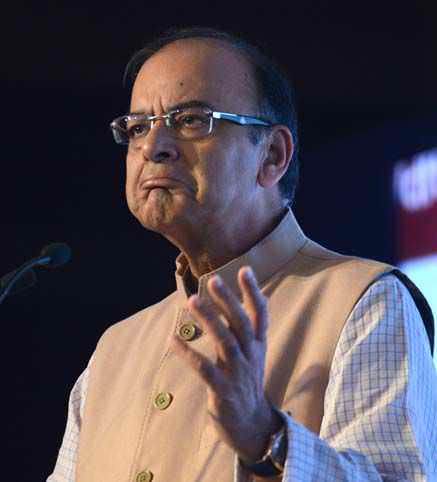 If constitutional dialogue is taken as tyranny, Emergency days in new fatigues may not be far behind. There are enough signs to caution the country.

Are Only Binary Responses Possible In A debate? Two antithetical responses vociferously raised? This appears to be the case in the wake of the recent verdict by the Indian apex court striking down the Constitution amendment on appointments to the higher judiciary. Supporters of the decision proclaim that the Constitution is what the judges say it is; hence, judicial primacy is a required constitutional imperative. On the other hand, the government and its supporters rave and rant that “Indian democracy cannot be a tyranny of the unelected” (Arun Jaitley, Cabinet Minister); that “it is a flawed judgment ignoring the unanimous will of Parliament” (Mukul Rohatgi, Attorney General).

Are not the comments from the executive wing less like a rational critique and more like the reactions of a spoilt brat giving vent to puerile anger and calling names like an immature ordinary litigant who, while losing a case, behaves as if he alone is right? If the court cannot be persuaded to accept the government’s stand, it is not an adjudication but a confrontation and tyranny! Perhaps, in hindsight, the government’s outpourings in a way prove that the court’s ruling was right.

The Rule Of Law, Not Men

Should we not suspect and exclude even the highest dignitaries such as the Law Minister from safeguarding the independence and the separation of the judiciary from the executive and the legislature? A civilisation that has a tradition of dethroning kings through samitis of the people for not following fundamental values (dharma) may not find it strange. But those who have lost those moorings except for fanatically instigating people in the name of love for the selective past may insist on trusting the ipse dixit of those holding high positions. The most striking content of the constitutional feature called the rule of the law may be the complete exclusion of the rule of men even if they may be the wisest on earth.

Plato was ready to prefer the rule of wise men. Is it “more advantageous to be subject to the best man or the best laws?” Aristotle anticipated our choice by rejecting the all-wise ruler: “To invest man with authority is to introduce a beast, as desire is something bestial, and even the best of men in authority are liable to be corrupted by anger.” Law, in contrast, is “intelligence without passion”.

Modern constitutions have synthesised the wisdom of Plato and that of Aristotle. “And so, having rejected the philosopher king in favour of the Rule of Law, we call him back to limited service and name him judge. In this capacity he fills the gap between the generalities of law and the specifics of life” (Wallace Mendelson).

Judge Irving Kaufman has rightly said: “Much tension accompanies the job of deciding the questions that all the rest of the social matrix has found too hard to answer…. For the job of adjudication is to decide those questions according to particular rules and free of the influences that often affect decisions made outside the courtroom. We represent a third value that is not, and is trusted not to be, the prisoner of either wealth or popular prejudice…. Thus all the pleasing mummery in the courtroom, all our political insulation, indeed all our power, is designed to support a message: ‘Whichever side you’re on, we are not on your side or your opponent’s side; you must persuade us not that you’ve got money or that you’ve got votes, but that your case is lawful and just.’”

However, once gone astray, judicial power could become political power without democratic responsibility. This would run counter to the main duty of modern constitutionalism: to limit and check power (Carlo Guarnieri). Moreover, in Justice Benjamin Cardozo’s memorable words, “the great tides and currents which engulf the rest of men, do not turn aside in their course, and pass judges by”. That is the reason why we cannot dilute, even to an iota, the principle of separation and independence of the judiciary from the executive even at the stage of selection and appointment of the judges of the constitutional courts.

Judicial independence is needed not for the benefit of the judges or the judiciary themselves, but for the people.

Judicial independence has been recognised as a universal human right: “Everyone is entitled in full equality to a fair and public hearing by an independent and impartial tribunal…” (The Universal Declaration of Human Rights, UDHR, Article 10; The International Covenant on Civil and Political Rights, ICCPR, Article14(1)).