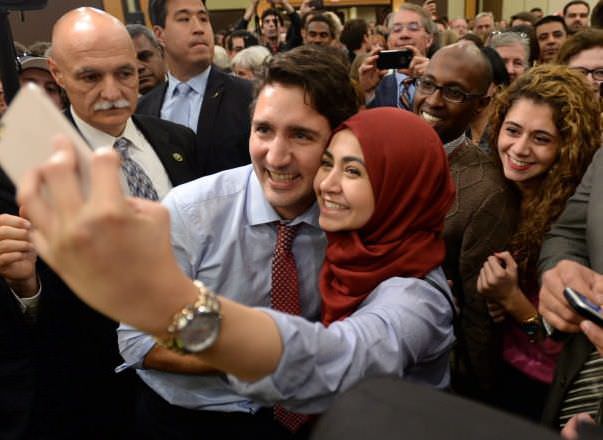 Canada witnesses its “Obama moment” as the Liberals, with their sunny campaign, win a clear majority in a “strategic” vote for change.

It was a gloomy start to the election evening for Conservative incumbent Prime Minister Stephen Harper as results began to come in from Canada’s Atlantic States. Each riding—as the parliamentary districts are known—went to the Liberals with large margins. From Newfoundland to Nova Scotia, the Liberal candidates won with an average of 77 per cent of the vote in their favour. It appeared that Canada was going to give a landslide to the Liberals led by Justin Trudeau (43). By the time returns came in from the plains States of Alberta (Harper’s home State) and Saskatchewan, the Conservatives had recovered some of their dignity. The final result gave the Liberals 184 of the 338 seats, a clear majority to govern. Harper took to the podium and conceded defeat. “We put everything on the table,” he said. “We gave everything we have to give, and we have no regrets whatsoever.”

After nine years of the rule of Harper’s Conservatives, the Liberals are back in power. The general mood in the country was anti-Harper. Even Toronto’s The Globe and Mail, generally the voice of the business community, said before the election: “The Tories [Conservatives] Deserve Another Mandate—Stephen Harper Doesn’t.” But this was an unfair judgment. Harper stood in for frustration and fear at another Conservative victory. Harsh economic policies, an aggressive foreign policy and a tone-deaf social agenda dismayed the electorate. After the election, even The Globe and Mail had to admit, in an important editorial, “The Conservative government sometimes gave the impression of being at war with evidence and science.” All the problems with the Conservatives condensed into the person of Harper. He had to go. But so did they.

At the same time, the Liberals put forward a charismatic candidate, Justin Trudeau, son of Canada’s beloved Prime Minister Pierre Trudeau. Father and son stood for multiculturalism and tolerance, giving Canada the reputation for liberalism that had been eroded during the Harper years. Good-looking and quick-witted, Trudeau announced his victory by claiming the country, “This is Canada, and in Canada better is always possible.” Sharply, the Liberals ran to the left of the third major party in Canada, the otherwise social democratic New Democratic Party (NDP). The NDP led in the elections for much of the campaign but fell prey to its worries about being controversial and being acceptable to the bankers. The NDP leader Tom Mulcair spoke of balanced budgets and responsible government. Trudeau, instead, directly talked of taxing the rich and building the infrastructure of Canada. Harper attacked women who wore the niqab; Trudeau embraced veiled Muslim women. He cleverly appealed to the better nature of the public and reaped the dividends. “Sunny ways,” he said, echoing his favourite Prime Minister from a century ago, Wilfred Laurier. The sunny campaign won.