Abdul Kalam: Technologist To The Core 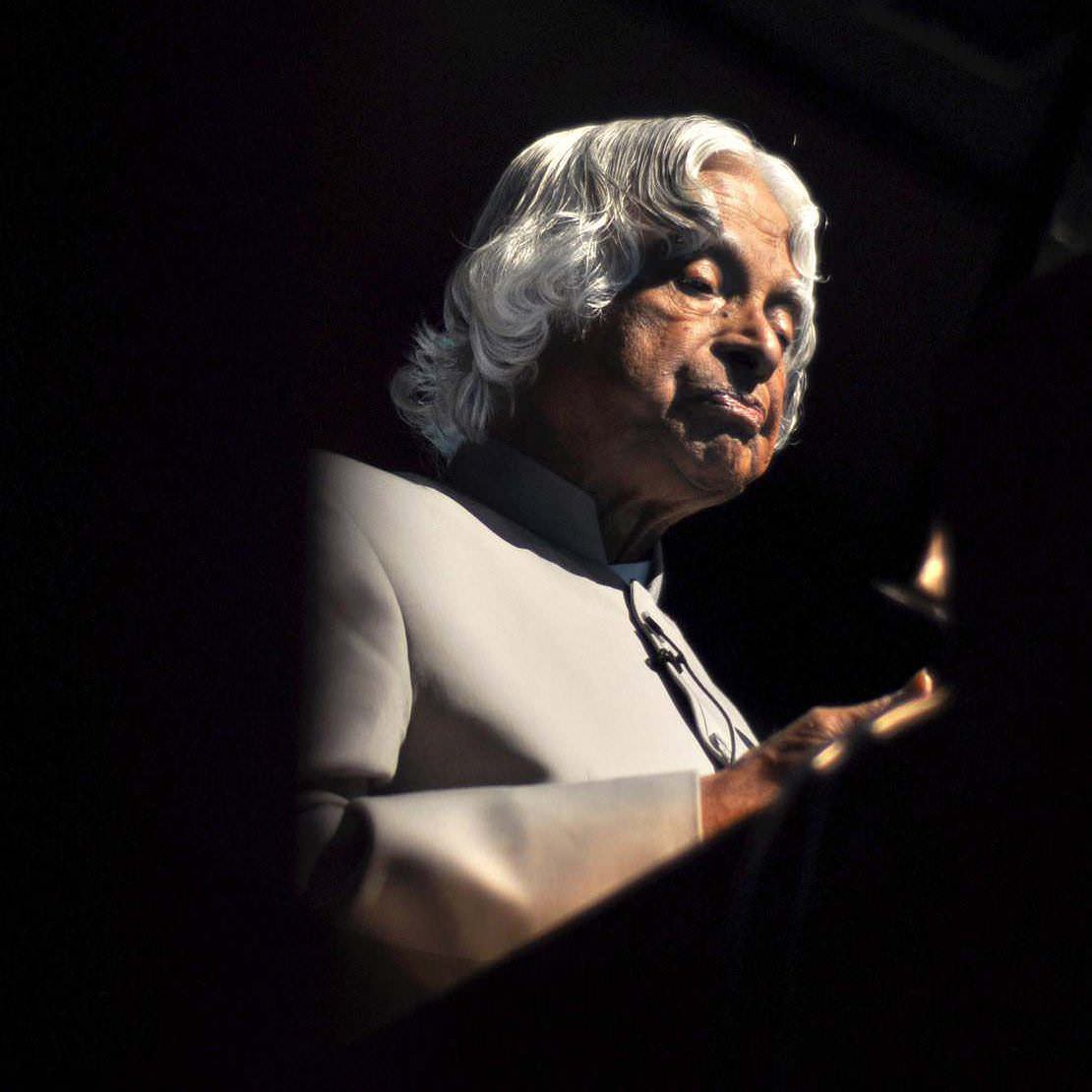 Former President A.P.J. Abdul Kalam (1931-2015), missile and rocket technologist, institution-builder and motivator of men, was relentless in his quest to build an India strong and self-reliant in science and technology.

IT was an achievement A.P.J. Abdul Kalam was always proud of—the successful launch of the Indian Space Research Organisation’s (ISRO) three-stage Satellite Launch Vehicle (SLV)-3 on July 18, 1980, from Sriharikota, Andhra Pradesh. In fact, that event brought him recognition and became the launching pad of his spectacular career as a rocket engineer and "Former President A.P.J. Abdul Kalam (1931-2015), missile and rocket technologist, institution-builder and motivator of men, was relentless in his quest to build an India strong and self-reliant in science and technology."missile technologist who put India on the world map as a space-faring nation and a missile power. Kalam received the Bharat Ratna, India’s highest civilian award, in November 1997, played a key role in India’s nuclear tests at Pokhran, Rajasthan, in May 1998, and became the President of India in 2002. He had a natural affinity for aeroplanes, rockets and missiles. “It was a joy to study the structure of an aircraft,” he once told the alumni of the Madras Institute of Technology (MIT), Chromepet, Chennai, from where he graduated after a three-year diploma in aeronautical engineering.

Kalam’s life was a journey from a simple house on the island of Rameswaram in Tamil Nadu to the Rashtrapati Bhavan, the presidential palace, in New Delhi. He was the most popular President, establishing an extraordinary connect with the common people, youth and children. He ceaselessly exhorted them to dream and build a developed India and thus came to symbolise their aspirations.

He said: “Dream is not something that you see in your sleep, it is something that does not let you sleep.” When he asked a child in Hyderabad what her dream was, she replied, “Sir, I want to live in a developed country.” The child’s reply haunted him for several days. He always held that technology was the key to India becoming a developed country (Frontline, December 26, 1997).

When news of his death in Shillong, Meghalaya, on July 27 while addressing the students of the Indian Institute of Management came, there were instant wall posters, hoardings, WhatsApp images and Facebook posts with his exhortations to the youth and his thoughts on life, and this continued until his funeral, which took place in Rameswaram on July 30. Kalam was a restless man who wore on his sleeve his relentless quest to build an India strong and self-reliant in science and technology. He was a nationalist, a patriot and a secularist.

Missile and rocket technologists who worked under Kalam call him a visionary, an institution-builder and a motivator of men.

Kalam attracted a fair share of criticism, too. His critics called him a mere manager of men and suggested that he played favourites. He was considered hawkish in military matters such as India’s development of strategic missiles with nuclear warheads and its nuclear tests in 1998. His biggest faux-paus, however, was to advocate a two-party democracy. Barring the Congress and the Bharatiya Janata Party (BJP), every other party, including the Left parties, lampooned him for the suggestion. He knew how to manufacture his image—he would often state that he wore a white dhoti (and not a checked lungi as is the custom among Tamil Muslims) on casual occasions, that he loved playing the veena, that he read the Bhagavad Gita and that he was a vegetarian. He was perceived as being close to the BJP, and it was no surprise that the Congress did not back him for a second term as President.

Both the launch vehicle and the satellite were developed in India. The event marked India’s entry into the exclusive space club. Until then only the United States, the former Soviet Union, France, Japan and China had the capability to build their own rockets and use them to put satellites into orbit. As its project director, Kalam was the architect of the mission’s success. It was actually the SLV-3’s second flight. Professor Satish Dhawan, then Chairman of the ISRO, said ground stations had successfully tracked the satellite. Vasant Gowariker, who was the Director of the Vikram Sarabhai Space Centre (VSSC) in Thiruvananthapuram, called the mission “a fantastic success”. But Kalam kept a low profile, and merely told reporters that the satellite would remain active in orbit for 50 to 100 days and that it would be a month before a complete analysis of the data from the satellite was available. Kalam had reasons for striking a low profile on that day.

The first flight of the SLV-3 on August 10, 1979, had ended in failure when nitric acid rained from the solenoid valve in the rocket and the launch vehicle plunged into the sea along with its Rohini technology payload. Kalam was the project director of that flight as well. Before that mission’s launch, Kalam faced three personal tragedies—his parents and his brother-in-law had passed away. But he was able to put aside the grief “with the spiritual strength that my family gave me in the joint family system” and focus on corrective action for the relaunch of the vehicle in 1980 with the help of the “precision diagnosis of the failure” by M.R. Kurup, Chairman of the Failure Analysis Board, and G. Madhavan Nair.