Refugee Crisis: The Path Beyond The Waves 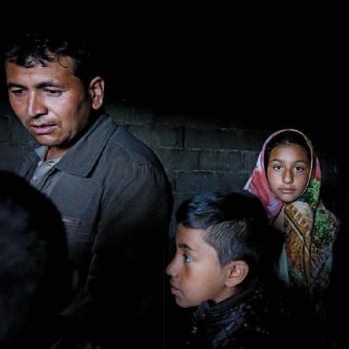 Europe is swinging between two responses amid its refugee crisis: Xenophobia and a compassionate pragmatism.

Kos and Chios are Greek islands just 125 miles apart in the Aegean Sea. In the first eight months of the year, each saw almost 31,000 refugees, mostly from Syria and Afghanistan, land on their shores in rafts and small boats after trekking through Turkey. Kos chose to treat them one way, Chios another. The difference is emblematic of the way Europe has responded to its refugee crisis.

On Kos, Mayor George Kyritsis and local authorities did little to manage the influx. Food and water have been inadequate; no facilities were established to register and house the migrants. In late summer, the police packed 2,500 refugees into a stadium for almost 24 hours, away from the eyes of tourists. Images of cops spraying fire extinguishers to herd them circulated widely on social media.

On Chios, Mayor Manolis Vournous felt he had a responsibility to act. And so he offered a municipal building as temporary sleeping quarters; he appealed to his constituents to volunteer to help; he’s repeatedly called on the national government for assistance. “It’s just that you must look after somebody who’s in a very difficult situation,” he told National Public Radio.

Europe is torn between responses like those of Kos and of Chios. The brutal receptions by Hungary and Bulgaria— and the heartbreaking photograph of a drowned Syrian boy on a Turkish beach— prompted public displays of outrage. Xenophobia, for a brief moment, was replaced by a welcome consistent with the European Union’s higher ideals. Footage of Germans cheering the arrival of refugees from Budapest was a heartening image the world needed to see. “We are all the descendants of migrants,” read a placard at a French demonstration.

Virtue and common decency are more than just their own rewards. Compassion, it turns out, is also a practical way to deal with this destabilizing situation. “Where local authorities respond with humanity in a favorable way, then the situation becomes manageable—difficult but not dramatic,” says Stathis Kyrousis, the head of mission for the Balkans with Doctors Without Borders. Putting people in camps—or building fences to deter their movement—won’t solve the problem. “Closing borders makes life more difficult for people, but it won’t stop them,” says Apostolos Veizis, a physician also with Doctors Without Borders. The migrants have fled appalling circumstances in their homelands: What else is there to lose when you have lost everything?