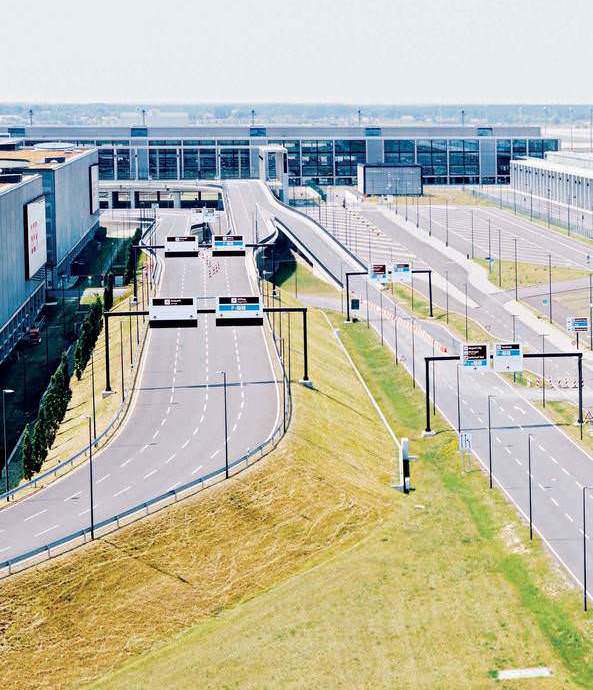 The inspectors could hardly believe what they were seeing. Summoned from their headquarters near Munich, the team of logistics, safety, and aviation experts had arrived at newly constructed Berlin Brandenburg International Willy Brandt Airport in the fall of 2011 to begin a lengthy series of checks and approvals for the €600 million ($656 million) terminal on the outskirts of the German capital. Expected to open the following June, the airport, billed as Europe’s “most modern,” was intended to handle 27 million passengers a year and crown Berlin as the continent’s 21st century crossroads.

The team of inspectors, known as ORAT, for Operations Readiness and Airport Transfer, brought in a dummy plane and volunteers as test passengers. They examined everything from baggage carousels and security gates to the fire protection system. The last was an especially high priority: None could forget the 1996 fire that roared through Düsseldorf Airport’s passenger terminal, killing 17.

When they simulated a fire, though, the system went haywire. Some alarms failed to activate. Others indicated a fire, but in the wrong part of the terminal. The explanation was buried in the 55-mile tangle of wiring that had been laid, hastily, beneath the floors of the building where ORAT technicians soon discovered high-voltage power lines alongside data and heating cables—a fire hazard in its own right. That wasn’t all. Smoke evacuation canals designed to suck out smoke and replace it with fresh air failed to do either. In an actual fire, the  inspectors determined, the main smoke vent might well implode. 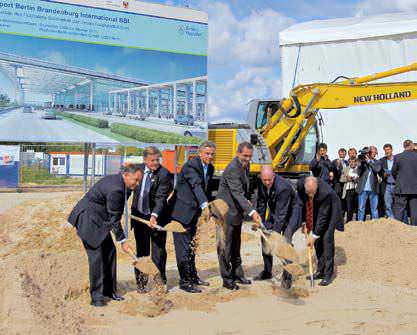 Confronted with the fire system fiasco, Rainer Schwarz, chief executive officer of Flughafen Berlin Brandenburg (FBB), the airport company owned by the city of Berlin, the state of Brandenburg, and the federal government, downplayed it. Schwarz and his staff told the airport’s board of oversight, as well as Stephan Loge, the commissioner of Dahme-Spreewald County, who had the final authority to issue the airport an operating license, that they were working through some issues, but that the situation was under control. Schwarz also appointed an emergency task force to propose solutions that would allow the airport to open on time. In March 2012 the group submitted its stopgap: Eight hundred low-paid workers armed with cell phones would take up positions throughout the terminal. If anyone smelled smoke or saw a fire, he would alert the airport fire station and direct passengers toward the exits. Never mind that the region’s cell phone networks were notoriously unreliable, or that some students would be stationed near the smoke evacuation channels, where in a fire temperatures could reach 1,000F.

It was, says Martin Delius, “an idiotic plan.” Delius is a physicist and member of Berlin’s parliament who has conducted an extensive investigation of the airport’s troubled infrastructure. “They thought that this would at least eliminate the need for wiring,” he says, “because [the spotters] could see with their own eyes if there is a mass of smoke lower than 6 feet above the ground.”

Schwarz continued to prepare for the opening, and the German public remained oblivious. By April 2012, airport fever was consuming Berlin. Mayor Klaus Wowereit sent out 3,000 invitations for the Hoffest, the annual mayoral ball at the 19th century City Hall, printing the entry tickets on mock boarding cards. Billboards went up, showing a photomontage of the airport’s namesake and famous Cold War leader embracing passengers, with the legend, “Willy Brandt greets the world!” Preparations continued for an extravagant inaugural. Angela Merkel, the chancellor, was to disembark from a government jet and stroll down a red carpet to the glass-walled terminal, which would have been filled with expensive food and drink. On the night of June 2, in a stuntlike mobilization, thousands of workers would shuttle 600 truckloads of equipment and a fleet of 60-ton aircraft tugs 19 miles down a sealed-off expressway from BerlinTegel, Berlin’s main airport, in the northwest corner of the city, and Tegel would shut down forever the same day the new airport came online. 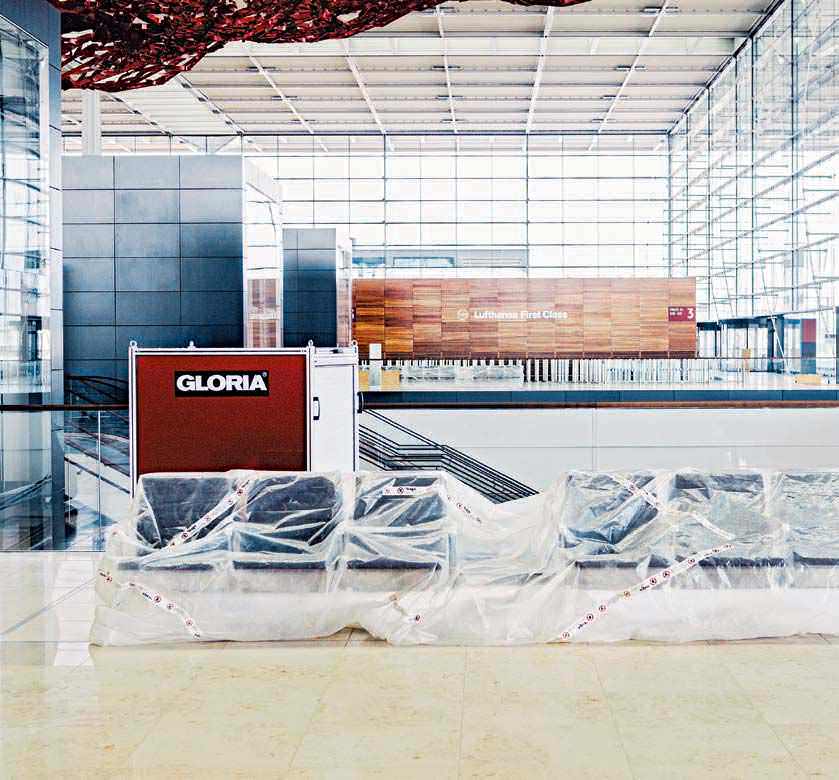 But in the town of Lübben, in what used to be East Germany, Commissioner Loge had his doubts. He and his own staff of building inspectors had spent many hours examining the fire protection system at the Tropical Islands Resort, an indoor paradise set in a former airship hangar in Brandenburg. One of the world’s largest freestanding structures, it draws up to 6,000 warmth-and-beach-deprived Germans a day. “It was far more complicated than the one at Berlin Brandenburg airport, and it worked,” Loge says.

On May 7, less than four weeks before the scheduled opening, Loge met with Schwarz for the first time. The airport, Schwarz conceded, would have to open using the army of human fire detectors.

“Professor, let me understand this,” Loge said. “You are talking about having 800 people wearing orange vests, sitting on camping stools, holding thermoses filled with coffee, and shouting into their cell phones, ‘Open the fire door’?” Loge refused the airport an operating license. Schwarz stood up and walked out without another word. 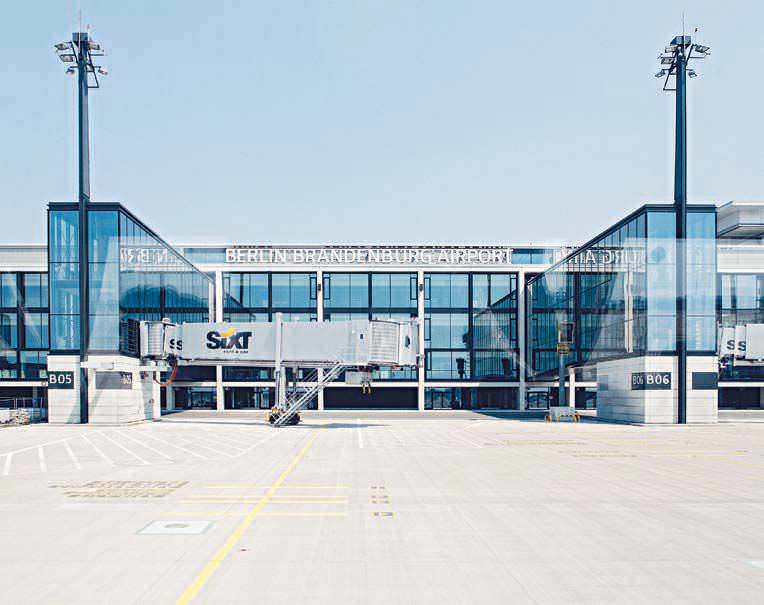