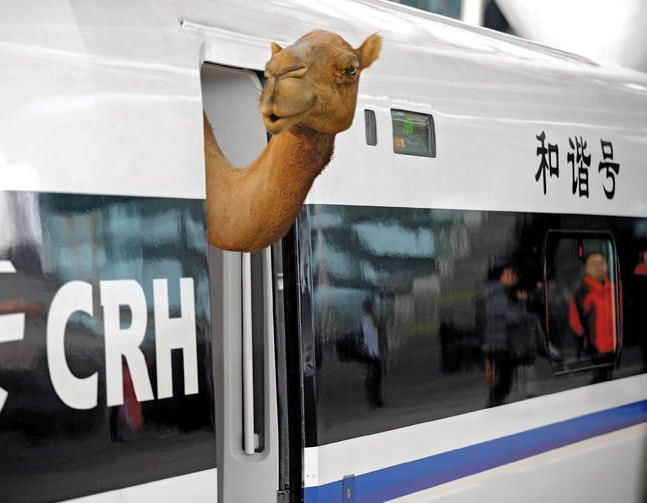 An ambitious feat of diplomacy and engineering may not take the country where it wants to go.

For centuries the Silk Road, stretching across deserts, steppes, and mountains, linked the imperial dynasties of China with Europe. Chinese rulers used the thoroughfares to expand their power and influence deep into Asia. Today a newly assertive Chinese empire—this time, a communist one—is undertaking a gargantuan project to re-create those ancient trade routes and the political and economic clout that came with them.

Nicknamed One Belt, One Road, China’s plan is to construct roads, railways, ports, and other infrastructure across Asia and beyond to bind its economy more tightly to the rest of the world. The scheme was honored with a prominent place in the country’s latest five-year plan, released in late October, and has become a favorite subject of top leaders, who sell it as an international initiative to foster peace and prosperity. The program will “answer the call of our time for regional and global cooperation,” President Xi Jinping proclaimed during a speech at the Boao Forum in March.

In reality, though, One Belt, One Road is all about China. The program’s designed to forward Beijing’s strategic and economic interests around the world—at the expense of the West’s—and offer lucrative opportunities abroad for Chinese companies enduring a slowdown at home. In the end it’s a boondoggle that could set back China’s reform, expose its banks to financial risk, and alienate the very nations it’s meant to woo.

Beijing has been using infrastructure projects to bolster its influence among needy nations for some time, most notably in Africa. But One Belt, One Road takes those ambitions to another level. One arm, the Silk Road Economic Belt, will pass from China to Europe through Central Asia, and the other, the 21st Century Maritime Silk Road, will better link the country to Southeast Asia, the Middle East, and Africa along vital sea lanes. Although the exact details remain fuzzy, some estimates of the program’s scale boggle the imagination. In a May speech, China’s ambassador to the U.K., Liu Xiaoming, boasted that the program would involve 60 countries with almost two-thirds of the planet’s population.