Barcelona's New Mayor Aims To Put Citizens Ahead Of Tourists 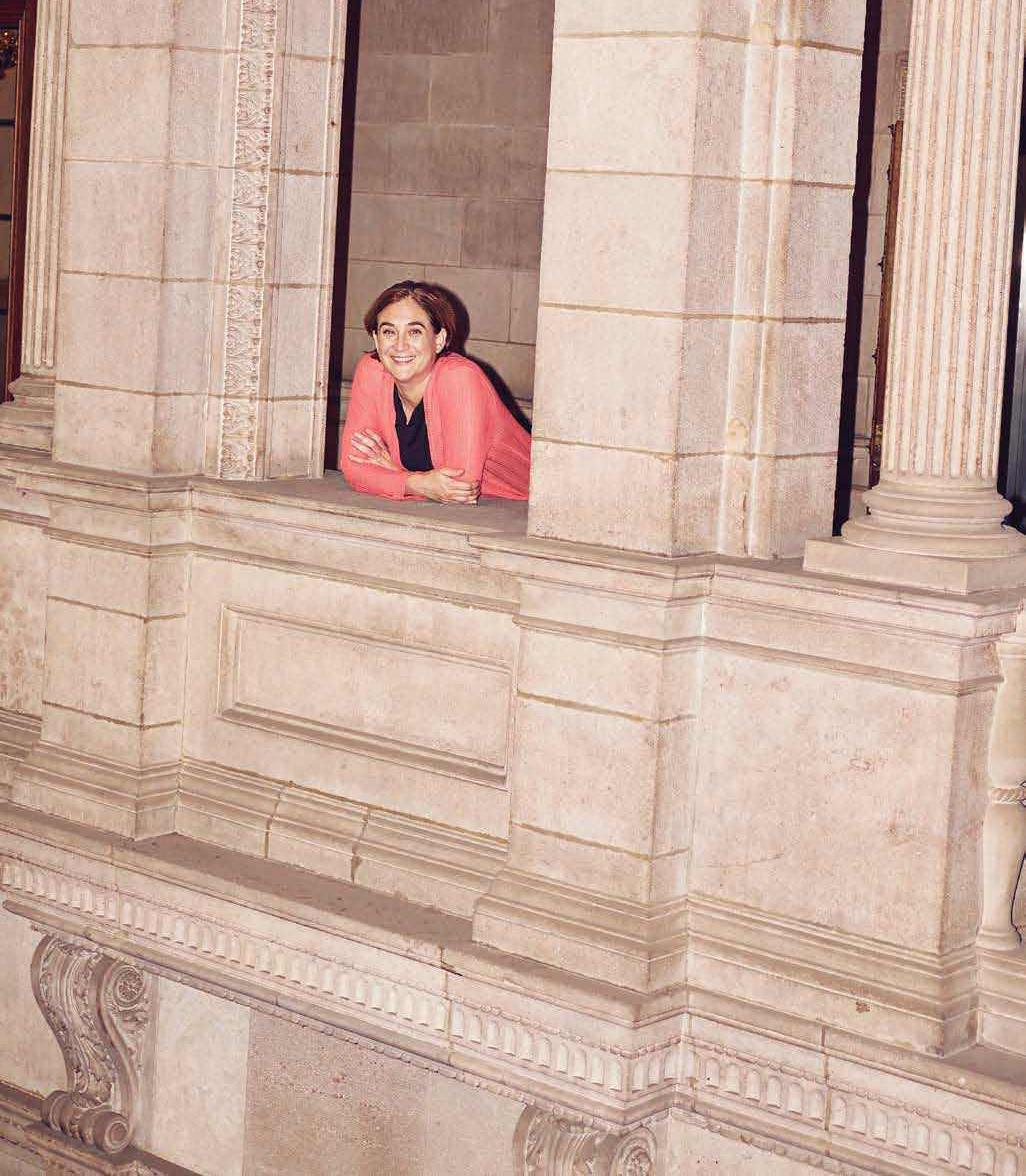 In 2007, Ada Colau put on a black leotard, a yellow cape, and a Zorro mask and gate-crashed a campaign rally in Barcelona. For two and a half minutes, Colau commandeered cameras, holding up a cardboard sign—“Housing Out of the Market, Like Education and Health”—while she delivered a speech on irresponsible development. “We don’t want to hear that the solution is to build more,” Colau told the crowd gathered in the small city square. “We have devastated our territory more than enough. There are a lot of houses. What we need is that these houses fulfill their social role.” When she was done, she dashed between a pair of parked cars and sprinted down the street.

She didn’t know it then, but her appearance as a superhero was one of the first steps on a path to city hall. In June she was elected mayor of Barcelona, with the support of a coalition of leftist political parties. She campaigned on fighting inequality.

The Spanish economy in 2007 was afloat on an enormous housing bubble, and real estate was rapidly becoming unaffordable. She had launched a prescient protest. “The government was making a show of success: ‘The Spanish Miracle,’ ” says Colau, 41. She’s wearing a long, casual cardigan sweater and sitting at a small conference table in a corner of her office. “But the people were already suffering, because the prices of houses were very high.” Donning the mask and cape—and videotaping the stunt— was a way to call attention to an issue she felt none of the candidates for mayor were appropriately addressing. “In a media culture like ours, you have to find ways to be seen and heard,” she says. “It worked well. The message was, ‘You have to be a superhero to survive in this city.’ ”

Colau rose to local and then national prominence as an activist in the wake of the 2008 global financial crisis, emerging as one of the most vocal critics of the government’s austerity policies. She led a movement that faced down banks over foreclosures and organized protests outside the homes of conservative lawmakers and was an active member of Spain’s Indignados, the protest movement that inspired Occupy Wall Street.

Her election—as the head of her party, Barcelona en Comú, a hastily formed leftist coalition—puts her at the forefront of a leftward swing in Spanish politics, along with the recently elected mayor of Madrid, Manuela Carmena, and the leaders of the insurgent Podemos party. Since taking office, Colau has shown no sign of blunting her approach. “Barcelona is a clear example of a global city,” she says. “Billions of euros circulate in this city every year. But they’re distributed badly. The inequality here is enormous. It’s out of control.”

Colau’s office is on the second floor of city hall, an art-packed 15th century Gothic palace with an 18th century neoclassical façade. She is the first woman to hold the city’s highest office, and she’s said she’d like to update the décor in the mayor’s receiving room with portraits of important women from Barcelona’s history. So far, however, the only change she’s made is to affix a piece of printer paper to the door to her office. It reads, “Let us never forget who we are and why we are here.”

Colau is at once businesslike and engaging, laying out her arguments as if they were cards on a table. When the subject is emotional—such as the photographs of a 3-year-old Syrian boy, Alan Kurdi, dead on a Turkish beach—you can hear it in her voice. When she wants to stress a point, she smiles or leans towards her interlocutor.

Colau sees parallels between housing and tourism; she worries the latter’s growth is hurting citizens and has declared a one-year ban on new hotel licenses. She has angered the Spanish government by removing a bust of former King Juan Carlos from city hall’s main chamber; announced her intention to rein in Airbnb; and taken aim at banks, threatening to fine those that keep their properties empty, rather than rent them out at subsidized rates.

“As mayor, I can talk to the banks on a more equal footing than I could when I was just a citizen,” she says. “There’s a wide consensus to say, ‘Guys, we need these houses, not to speculate but for the families that need them. First we will offer you the opportunity to collaborate and lend us these houses that you’re not using and that aren’t going onto the market. We’ll improve them and put them to use. And if you don’t want to collaborate, we’ll try other instruments to give you an incentive.’ ”