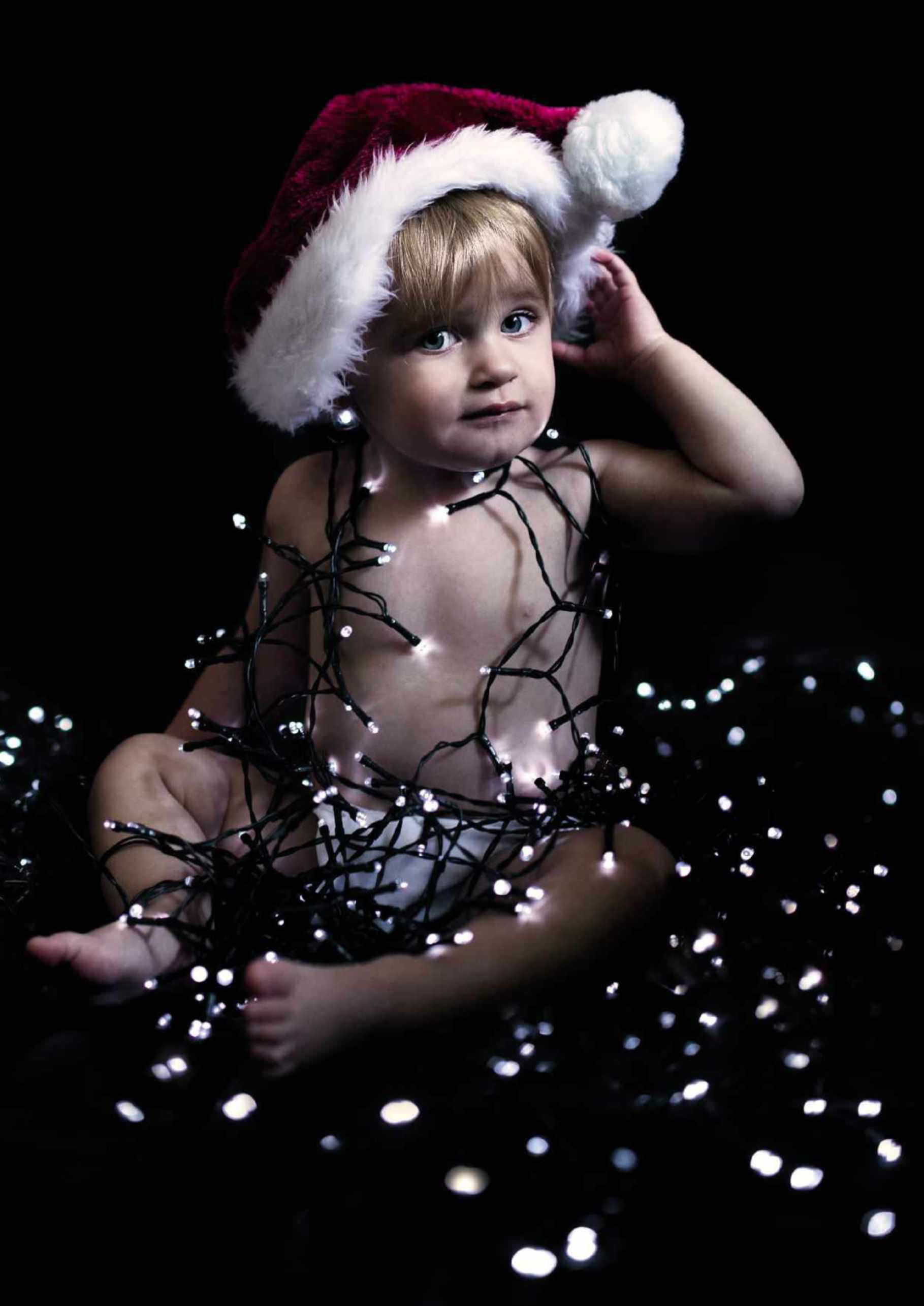 Funny or Sentimental, Parents Use Christmas as an Excuse to Capture Their Children in All Manners of Wacky and Embarrassing Ways. Caroline Schmidt Shows You One Not to Miss…

THERE’S NO OTHER time of year when cheesiness is so ripe that it becomes tasteful than at Christmas. When else can dressing in novelty jumpers be stylishly acceptable, awkward family photos the norm and wrapping kids in fairy lights a good idea….

Dogs and babies are favoured subjects to photograph, adding cuteness to Christmas – especially once you throw a santa hat into the mix. Generally, babies are also easier to photograph than children you have to coax; feed them, photograph them after a nap and you’ve time to fire at least two frames before they lose interest. that’s one more than most.

You might think wrapping them in LeD fairy lights is a genius way to keep them still long enough to get a picture, but it’s actually a nice source of continuous lighting and a way of introducing bokeh to your images. our lawyers would have us tell you that tying children up is not a great idea, however tempting it may be once the Christmas sugar kicks in, so we certainly don’t advocate actually tying the fairy light around them but rather to drape them. Make sure they’re loose enough for them to get out of if they really wanted to and have a helper close by to ensure they don’t get tangled.