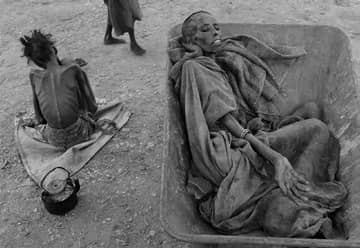 About James Nachtwey: The Photojournalist

Photographs of the Vietnam War and the American Civil Rights movement inspired him to become a photographer. While teaching himself photography, he worked as a truck driver and as an apprentice news film editor.

In 1980, after working for several years as a newspaper photographer in New Mexico, he moved to New York to begin a career as a freelance magazine photographer. His first foreign assignment was to cover civil strife in Northern Ireland in 1981 during the IRA hunger strike.